Dollar’s broad based rebound continues into early US session, as support by recovery in yields. While overall markets are trading in mild risk-off mode, there isn’t much follow through selling in European stocks and US futures. The greenback’s rally could be killed off quickly if risk sentiment turns. But for now, Dollar is the strongest one for today,, followed by Canadian and Swiss. Yen is the worst, followed by Euro and then Aussie.

Technically, judging from momentum, if Dollar’s rally is going to sustain, USD/JPY would likely be the first one to break through 142.45 minor resistance. Ideally, other pairs should follow, with EUR/USD breaking through 1.0092 support, GBP/USD through 1.1644 support, AUD/USD through 0.65231 support, USD/CHF through 0.9680- resistance and USD/CAD through 1.3494 resistance. Let’s see if Dollar could do that.

ECB: Lane: One platform for 75bps hike is no longer there

ECB Chief Economist Philip Lane said in an interview that “we expect to raise rates further”. But “each meeting is different” and “one platform for considering a very large hike, such as 75 basis points, is no longer there.”

“When we were at zero, that did not correspond to anyone’s idea of the interest rate level necessary. Going to 1.5 per cent is still below where we need to go,” he said. “But the more you’ve already done on a cumulative basis, that changes the pros and cons of any given increment.”

“I don’t think December is going to be the last rate hike” he said. “Trying to jump forward to February, to March, to May or June next year, I think it’s too early to have very strong views at this point… The more relevant argument than whether to pause is to move at the appropriate time to smaller increments.”

Yen trades broadly lower today following rebound in benchmark US and European yields. CAD/JPY is one of the top movers for the day. It’s possible that whole corrective pattern from 110.87 has completed with three waves down to 104.06. Break of 106.70 resistance, and sustained trading above 55 day EMA will affirm this case, and bring further rise to retest 110.33/110.87 resistance zone. 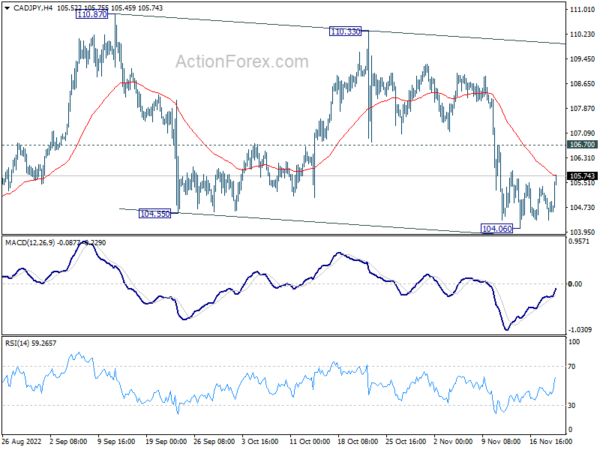 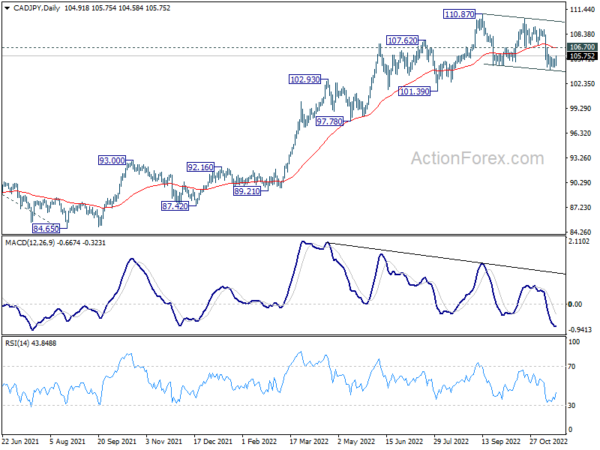 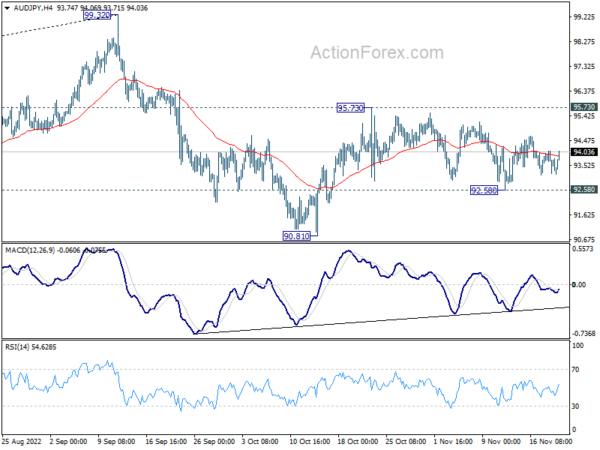 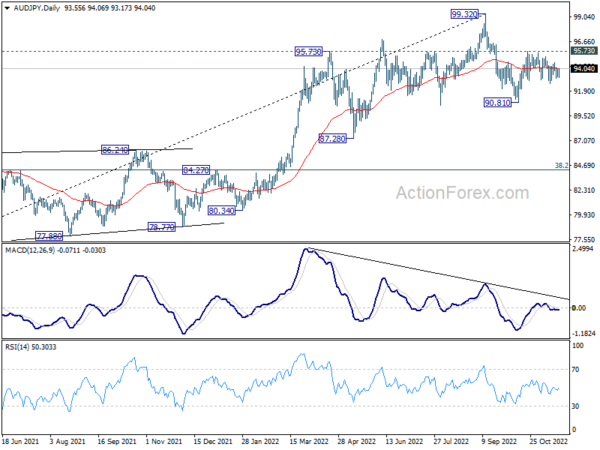 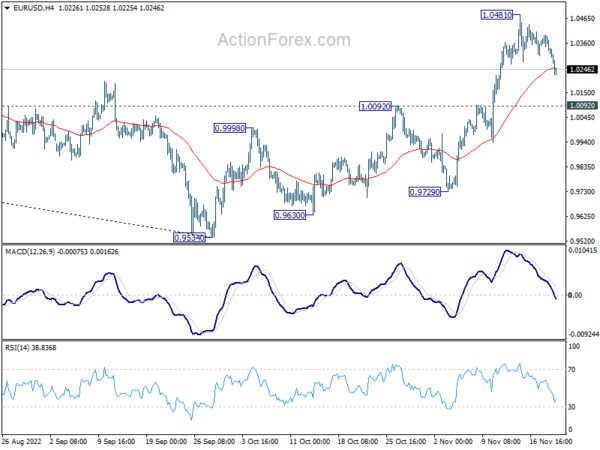 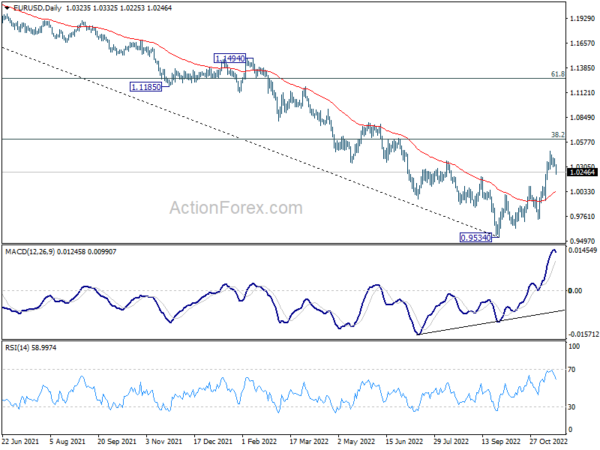