In the currency markets, Yen recovers mildly today as risk appetite eased. But it’s staying as the second weakest one for the week, next to Sterling. Commodity currencies are generally strong, with Australian Dollar leading the way up, followed by Canadian Dollar and New Zealand Dollar.

Technically, EUR/USD is trying to draw support from key fibonacci level at 1.1708. But it will have to overcome 1.1821 minor resistance to form a short term bottom first. USD/CHF’s corrective move from 1.0056 is set to extend and could gyrate lower. AUD/USD’s break of 0.7566 minor resistance suggests that corrective rebound from 0.7411 is extending. GBP/USD is staying bearish with downside bias.

Philadelphia Fed President Patrick Harker said yesterday that he sees two more rate hike this year. He noted it’s “prudent to continue to move away from the zero lower bound”. And Inflation “does seem to be moving toward 2%”. He added that there is “not much slack in the labor markets”. Hence, it’s appropriate to continue rate hikes “judiciously”.

And if there is an “acceleration of inflation”, then he “supportive of a third”. Though, he is not yet seeing a “rapid acceleration” in inflation yet.

Minneapolis Fed President Neel Kashkari said in a article that “inflation and wage growth have been surprisingly low” despite tight job market. Now, wages is only growing at 2.7% annually, comparing to 3.5% before the financial crisis.

He pointed out that the headline unemployment rate in the US “captures” only those who are actively looking for jobs. Therefore, the 3.9% unemployment rate may not “capture the true slack” in the market. And “hidden slack” could explain the modest wage growth.

And Kashkari concluded that Fed should hike “only to a neutral policy stance, and not move too quickly”. And that’s until there are more evidence of wage growth and the US is “really” at maximum employment.

US Pompeo outlined steep demand for Iran, or the strongest sanctions in history

US Secretary of State Mike Pompeo outlined a list of demand for Iran to comply to, and threatened the country with “the strongest sanctions in history” if Iran doesn’t change course. Some of the demand include stopping enrichment of uranium, allowing unqualified access to all sites throughout the country, declare all previous nuclear weapon efforts, end support for Shiite Houthi rebels in Yemn, withdraw all forces from Syria, etc.

Pompeo also added that “I know our allies in Europe may try to keep the old nuclear deal going with Tehran. That is their decision to make.” But, ‘they know where we stand.” It’s seen that Iran is highly unlikely to meet these demands. Meanwhile, EU is expected to keep their pledge to retain the current JCoPA Iran. Comments from EU officials would be noted in the coming days.

Italian President Sergio Mattarella called the leaders of the lower and upper houses of the parliament for a meeting today. That came after meeting with anti-establishment 5-Star Movement and far-right League, who have agreed on a deal to form a coalition government.

5-Star leader Luigi Di Maio said after meeting with Mattarella that Giuseppe Conte, a law professor but a political novice, “will be the prime minister of a political government”. Maio hailed that Conte is “a person that can carry out the government contract” and he’s “proud” of this choice. Leader of the League Matto Salvini also confirmed the name.

For now, it’s uncertain whether Mattarella will appoint Conte as the Prime Minister, or he’d prefer a more high-profile figure.

BoJ Governor Haruhiko Kuroda reiterated to the parliament today that the central bank “won’t end the ultra-easy policy before inflation reaches 2 percent”. And BoJ will “patiently pursue powerful monetary easing”. Though, Kuroda also noted policymakers will take into account the “side effects” such as the “impact of financial institutions, particularly regional banks”.

Regarding the economy, Kuroda said it’s expanding moderately, with consumption helped by loose monetary policy. While there is sustaining momentum in growth, prices lack so. And there is still some distance to inflation target. BoJ will remain mindful of uncertainties on economic and price outlook.

Deputy Governor Masazumi Wakatabe said that BoJ can achieve the inflation target “with the current policy”. Though, “if conditions change and our current policy becomes inappropriate, we may need to change policy.” 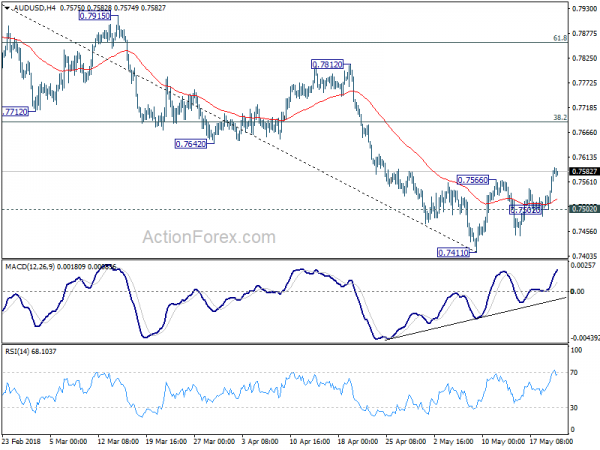 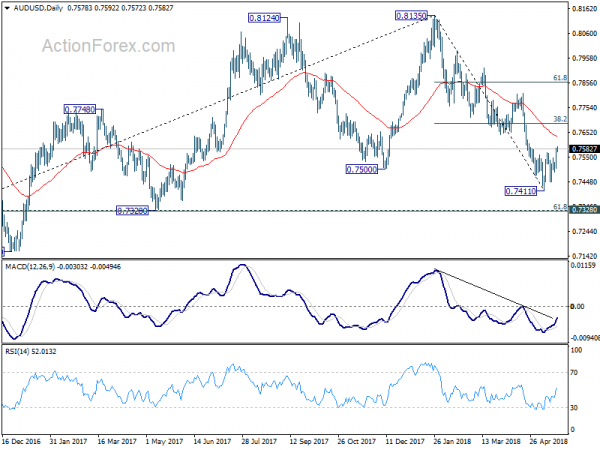