While trade tension between the US and its allies dominated the headlines last week, Euro emerged as the strongest major currency. Receding Eurozone internal political risks was a key factor. German 10 year bund yield hit as high as 0.52, comparing to 0.186 low just two weeks ago, before closing at 0.45. Expectation of a decision by ECB on it asset purchase program is another key factor pushing up the common currency. On the other hand, Japanese Yen ended as the weakest one as major US and European yields recovered. Dollar followed as the second weakest.

The G7 meeting in Canada should progress little progress. But based on the information so far, tensions between the US and G6 didn’t intensify. Markets will likely look through G7 to the week with FOMC rate hike, ECB meeting and BoJ. In addition to that, there will be loads on important data including US CPI, UK CPI and jobs German ZEW and Australia employment, etc. And, don’t forget the historical meeting between North Korean Leader Kim Jong-un and US President Donald Trump too. That’s a marvellous achievement by South Korean President Moon Jae-in to orchestrate it.

Meeting is better tweeting, some though insufficient progress at G7 meeting

There were lots of heated exchanges between US President Donald Trump, French President Emmanuel Macron and Canadian Prime Minister Justin Trudeau ahead of the G7 leaders summit in Canada. But the atmosphere turned out to be much better than the leaders actually met in person. It’s reported that G7 leaders confronted Trump with trade statistics to persuade him from stopping tariffs on the allies. But Trump stood firm with his stance victimizing the US in international trade, countering with his own set of numbers. Though, the principle of dialogue is believed to be agreed among them, including Trump.

Macron said after his bilateral meeting with Trump that the were “very direct and open” conversations”. While “sometimes we disagree, but we share I’d say common concerns and common values and we share the willingness to deliver results together.” Macron added “on trade, there is … a way to progress all together” and “I saw the willingness on all the sides to find agreements and have a win-win approach for our people, our workers, and our middle classes.” Trump also sounded in softer tone as he said “we have little tests every once in a while when it comes to trade” But, “something’s going to happen. I think it will be very positive.”

German Chancellor floated an idea to set up a share assessment and dialogue mechanism to result to disputes. And according to a Reuters’ source, the proposal were agreed by other leaders. European Commission President Jean-Claude Juncker also offered to visit Washington for an assessment of EU-US trade to help resolve the dispute.

But still, the differences between US and the other G6 remain huge. And it unlikely for the group to issue a joint communique for the first time ever.

Euro higher on ECB expectation but beware of dovish tweak

Euro ended last week as the strongest one after comments from the highly respected ECB chief economist Peter Praet. The biggest take away was of course the indication that “next week, the Governing Council will have to assess whether progress so far has been sufficient to warrant a gradual unwinding of our net purchases.” That is, ECB will make that “judgement call” this week, on what’s next after the EUR 30B/month asset purchase program ends in September.

Praet actually offered more of his upbeat thoughts in the speech “Monetary policy in a low interest rate environment“. There he noted “there is growing evidence that labour market tightness is translating into a stronger pick-up in wage growth”. And, signals showing the convergence of inflation towards our aim have been improving, and both the underlying strength in the euro area economy and the fact that such strength is increasingly affecting wage formation supports our confidence that inflation will reach a level of below, but close to, 2% over the medium term.”

With Eurozone inflation picked up again in May, ECB should be much more comfortable to end the asset purchase program this year. However, this is still far from being certain. The tricky point is, if they don’t end the program after September, it doesn’t make much sense to taper it for another three months till December. If ECB extends the tapered program for six months, it will push away the timing of the first rate hike, which will be Euro negative. Stopping the program right after September is certain Euro positive. But are they confident enough to do so? It’s doubtful. Hence, there could be some dovish tweaks out of the meeting.

Dollar consolidation continued ahead of FOMC rate hike and CPI

Dollar ended last week as the second weakest major currency after Yen as near term correction continued. FOMC is widely expected to raise federal funds rate by 25bps to 1.75-2.00% this week. Fed funds future are pricing in over 90% chance for that, and there shouldn’t be any surprise. The focus will be on voting and the new projections for hints on more rate hike down the road. As of today, fed fund futures are pricing on around 64% chance of another hike in September. That’s notably down from near 80% chance as priced in last month. But such pricing could change drastically on Fed’s new projections (Wednesday) and May CPI data (Tuesday).

Dollar index’s pull back from 95.02 extended lower last week as expected. Outlook is unchanged that a short term top was formed after failing 95.15 key medium term resistance. While some more decline could be seen, strong support should be seen at 92.24 support (which is close to 55 day EMA) to bring rally resumption. We’d expect rise from 88.25 to extend to 61.8% retracement of 103.82 (2017 high) to 88.25 at 97.87 at a later stage. But that could only come when markets are convinced that Fed will hike the fourth time this year in December. Or, 10 year yield can take out key resistance zone a around 3% decisive.

10 year yield had strong rebound last week to as high as 2.992. But TNX failed to take out 3% handle and retreated sharply. Overall outlook is unchanged that price actions from 3.115 are forming a consolidation pattern. Downside should be contained by 38.2% retracement of 2.033 to 3.115 at 2.701, which is close to 2.717 support. More time is needed, though, to complete the consolidation as TNX is facing multi-decade channel resistance. 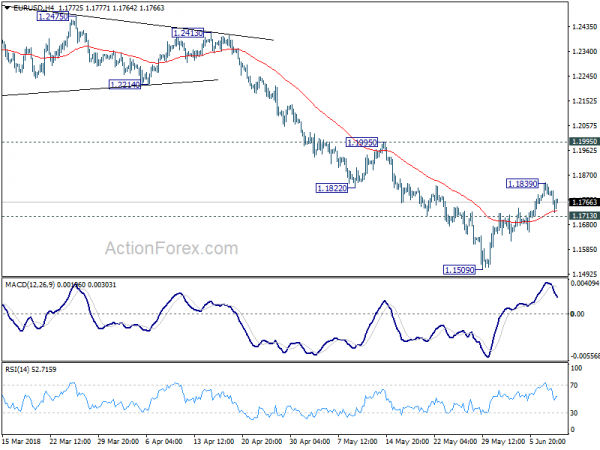 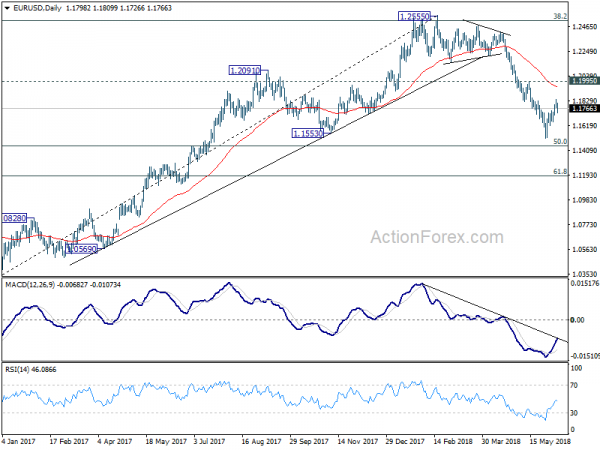 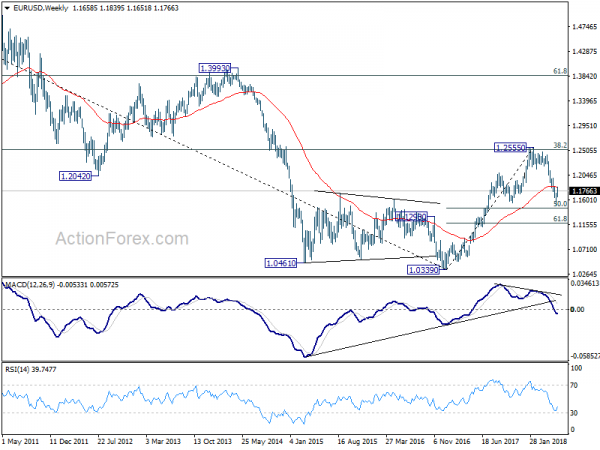 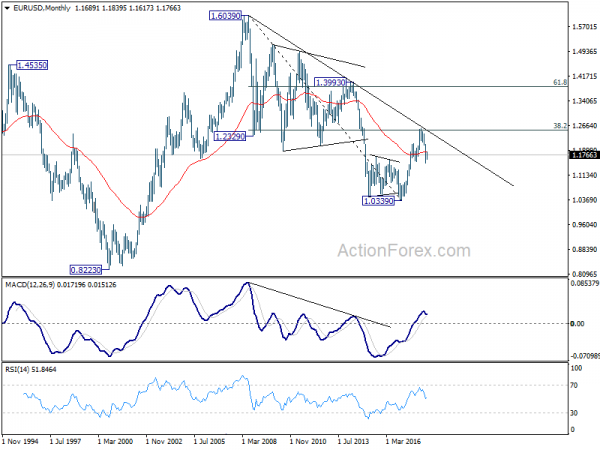