Swiss Franc and Yen Ended as Strongest, Worst of Trade War Yet to Come

The Swiss Franc and Japanese Yen ended last week as the strongest major currencies. Sentiments were hurt deeply by worries on global trade war. Over week, DOW lost -2.03%, S&P 500 lost -0.89%, DAX was down -3.31%, CAC dropped -2.08%, Nikkei lowered by -1.47%. China’s Shanghai composite suffered most by declining -4.37%. FTSE was the rare gain and ended the week up 0.63%. Canadian Dollar and New Zealand Dollar ended as the weakest ones after weak economic data. In particular, poor retail sales from Canada has most likely ruled out the chance of a July BoC hike. Even though oil price staged a strong rebound on much smaller than expected output raise by OPEC, boost to the Loonie was limited. Also, Sterling was the third weakest one as there wasn’t enough sustainable buying after more hawkish than expected BoE rate decision.

Trade tensions escalate on all front, the worst is yet to come

Let’s have a recap on global trade war developments first. US President Donald Trump ignored warning from industry groups and disgarded all previous agreements during the negotiations with China. The US Trade Representative announced to impose Section 301 tariffs on USD 34B in China imports in the first phase on June 15, effective July 6. China quickly announced retaliation to to USD 34B in US products including soybean, agricultural products, automobiles, effective July 6 too. Trump then ordered the USTR, on July 19, to study additional 10% tariffs on USD 200B worth of Chinese products, in response to China’s retaliation. China vowed to fight back with “qualitative” and “quantitative” for any additional tariffs.

During last week, there were reports that there is a split in the White House on the way to handle trade dispute with China. And some are pushing to restart the negotiations before the above mentioned tariffs come into effect. But to us that’s more smokescreen than anything. If Trump’s attention is to get some sort of “deal” out of the talks, negotiations won’t be stopped so abruptly. And it will certainly not be followed by strong words that raises the tension further. Trump has already demonstrated his way of negotiating in good faith by giving all the concessions on North Korea’s empty promises.

US-China trade war is now no longer a so called “tactic” but a reality that’s gradually coming true. Also, The stakes that Trump raised already exceed total amount of US imports to China. China would have to turn to non-tariff measures to counter US bullying. The impact of that could be even more destructive to the economies of both country.

On another front, Trump stopped the temporary exemption on steel and aluminum tariffs for EU, Canada and Mexico on June 1. EU formally announced on June 20 its retaliation. The total EU exports to the US affected are valued at EUR 6.4B. For now, EU imposed US products in EUR 2.8B worth first, effective on Friday June 22, that was, yesterday. Duties on the remaining EUR 3.6B in US goods will take place at a later stage, “in three years’ time or after a positive finding in WTO dispute settlements.

After seeing no concession from the EU even though a “gun pointed to their heads”, Trump is going to use a “bigger” gun to threaten his close allies. He said on Friday to impose 20% tariffs of cars if EU doesn’t “remove” the trade barriers to US vehicles. He tweeted: “Based on the Tariffs and Trade Barriers long placed on the U.S. and it great companies and workers by the European Union, if these Tariffs and Barriers are not soon broken down and removed, we will be placing a 20% Tariff on all of their cars coming into the U.S. Build them here!”

European Commission Vice President Jyrki Katainen told French newspaper Le Monde that “if they decide to raise their import tariffs, we’ll have no choice, again, but to react. And, he added that “We don’t want to fight (over trade) in public via Twitter. We should end the escalation.”

The trade spats are not going to end any time soon. And, let’s be reminded that NAFTA negotiation is unresolved, and the auto tariffs will have a big impact on both Canada and Mexico. We have certainly not seen the worst from Trump yet.

DOW could be resuming medium term correction from 26616.71

The downside acceleration now suggests that fall from 3587.03 is an impulsive move. That is, it’s resuming the fall from 5178.19, rather than extending the sideway pattern from 2638.30 as the second leg. That is, the risk of break through 2638.30 low to next key support at 2013 low at 1849.65 has surged sharply. Barring intervention by the authoritarian Chinese government, the stock markets in China could worse very quickly ahead.

Dollar index’s break of 95.15 resistance last week was unconvincing. That’s primarily due to resilience in Euro due to data, and strength in Yen on risk aversion. Nonetheless, further rise is expected as long as 93.19 support holds, even in case of deeper retreat. Current rebound from 88.25 should target 61.8% retracement of 103.82 to 88.25 at 97.82.

On Saturday, major non-OPEC oil producing countries met with OPEC representatives and endorsed the output increases the latter agreed on Friday. The nominal target is 1 million barrels a day of production raise. In real terms, it’s believed to be at 600k-700k barrels a day as some countries are unable to raise their output. Saudi Arabia and Russia are seen as the biggest winner out of the deal and they hold most spare capacity. Both stand ready to eat up the market share with US sanctions on Iran and Venezuela. There is no details on the split between OPEC and non-OPEC producers yet.

WTI crude oil on Friday as the increase was much smaller than the worst expected. The pull back from 72.83 is likely finished at 63.59, ahead of 38.2% retracement of 42.05 to 72.83 at 61.07. Further rebound is in favor to retest 72.83. At this point, we’re not anticipating a break there yet as the medium term consolidation pattern from 72.83 could take some more time to develop. 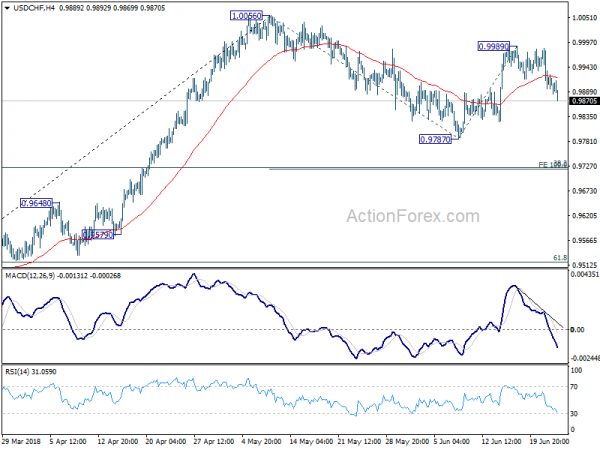 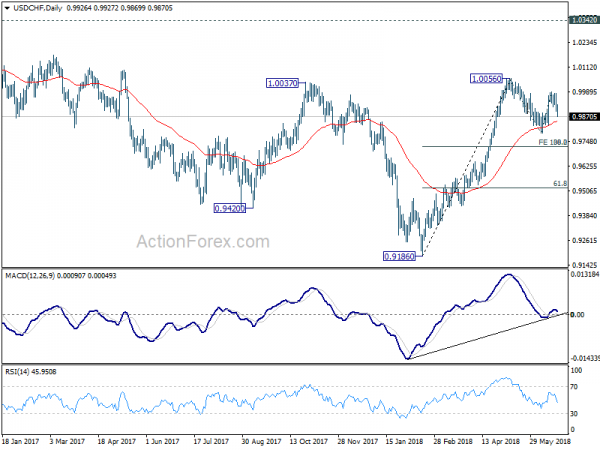 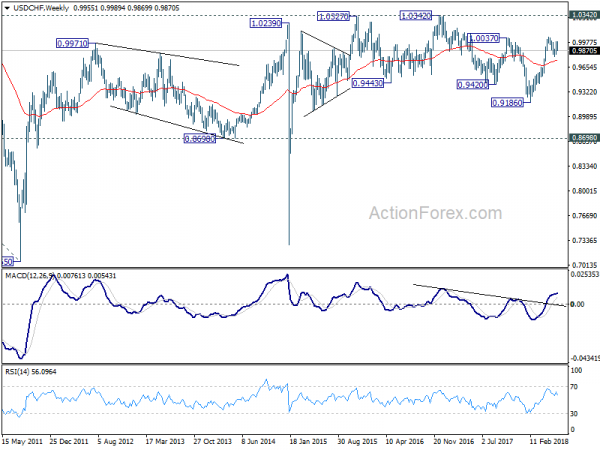 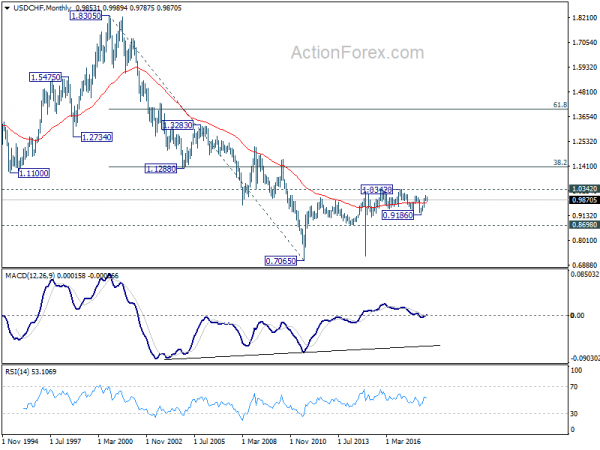