Intensifying recession fear was the main theme in the markets in March, alongside never-ending Brexit and trade tensions. With downside risks to growth starting to materialize, major global central banks started their dovish turns. Most notably, Fed now forecasts no rate hike this year. ECB will keep interest rates unchanged at least through the end of the year, and downgraded economic forecasts. BoC dropped tightening bias. And RBNZ has just indicated last week that next move is a cut.

Bond yields tumbled sharply globally. More importantly, 3-month to 10-yield yield, the most accurate predictor of US recession, inverted for a short period of time. However, the negative sentiments were no so much reflected in the stock markets. In March, DOW closed the month up 0.05%. S&P 500 rose 1.79% while NASDAQ rose 2.61%. In Europe, even after terribly poor Germany manufacturing data, DAX closed the move up 0.09%. CAC was boosted by China Airbus deal and rose 2.10%. FTSE also rose 2.89%. Nikkei was the sole major index that closed down -0.84%. China Shanghai SSE rose 5.09%. Hong Kong HSI rose 1.46% and Singapore Strait Times rose 0.01%.

To us, it’s just a matter of time stocks and bond markets align back together. Considering the technical picture of major indices, while more upside cannot be ruled out in the near term, reversals are likely around the corner, in particular in Nikkei. Upcoming March and April data should reveal more about the underlying development in the economies. It will likely be a rough ride for investors in Q2. For forex traders, should risk aversion dominates, there are prospects for more upside in Dollar and Yen.

In the currency markets, Sterling was the worst performing one last week after the Parliament rejected the Brexit Withdrawal Agreement again while disapproving all other alternatives. Without any deal, Brexit deadline is now set at April 12. UK has just around two weeks time to decide how they’d like to move forward, a long delay, referendum, general election, or even just leave with no-deal. New Zealand Dollar was the second weakest after RBNZ indicates that next move is a cut.

Meanwhile, Canadian Dollar was the strongest one last week after strong January GDP data. WTI crude oil also extended recent uptrend to as high as 60.72, ignoring verbal intervention by Trump. Australian Dollar was surprisingly the second strongest. It’s partly supported by buying in AUD/NZD, and partly by resilience in Chinese stocks. However, Aussie could be vulnerable this week if RBA hints on a rate cut earlier than expected.

US 10-year yield also suffered steep decline after Fed turned dovish in the month. TNX hit as low as 2.356 last week before recovering to close at 2.414. There seems to be some support from 61.8% projection of 3.248 to 2.554 from 2.759 at 2.330. And some consolidations might be seen in near term. But firm break of 2.554 support turned resistance is needed to confirm short term bottoming. Otherwise, the decline from 3.248 is expected to resume sooner or later.

With last week’s recovery, 10-year yield is now back above 3-month yield at 2.396. But based on the above view on TNX, it should be just a matter of time this part of the yield curve inverts again.

However, the bond “panic” was not so much reflected in stocks, yet. In US, DOW just turned sideway after hitting 26241.42 in late February. Solid support was seen from 55 day EMA despite decline attempts. For now, further rise is still in favor in the early part of Q2. But we maintain the view that rise from 21712.53 is only a leg inside the long term consolidation pattern from 26951.81. Hence, upside potential should be limited with next rise and firm break of 26951.81 is not envisaged. Instead, break of 25208 will be a strong sign of near term bearish reversal.

In Europe, despite all the dovish talks of slowdown and even recession in Germany, DAX managed to stay in near term rising channel. Terribly poor manufacturing and export outlook is still offset by solid domestic and service demand. However, upside momentum is DAX is rather weak as seen in daily MACD. Even if it could mange to breach 11726.62 support turned resistance, 50% retracement of 13596.89 to 10279.20 at 11938.04 will likely cap upside.

In Asia, Nikkei looks somewhat more vulnerable. 50% retracement of 24448.07 to 18948.58 at 21698.32 proves to be a rather strong resistance level. With break of medium term channel support, risk of reversal is increasing. In case of another recovery, upside should be limited well below 21860.39 resistance. Sustained break 20911.51 support could trigger downside acceleration back to 20000 handle.

Chinese stocks performed rather well despite lack of concrete progress in trade negotiations with US. And a bit like DOW, Shanghai SSE composite turned sideway after hitting 3129.93 in early March. Such consolidative pattern in turn suggests that rise from 2440.90 isn’t over yet. More upside is in favor as long as 2924.64 support holds. SSE could hit 78.6% retracement of 3587.03 to 2440.90 at 3341.75 before topping.

There has been no special development in Dollar index. It topped at 97.71 last December and turned sideway since then. And despite last week’s rebound, it’s still limited well below 97.71. There is no clear sign of breakout yet. Technically speaking, more range trading could be seen with risk of more downside attempts. That include even a dip to 95.02 support and below. But even in that case, we’re not expecting a break 93.81 support. An eventual upside breakout is still expected. 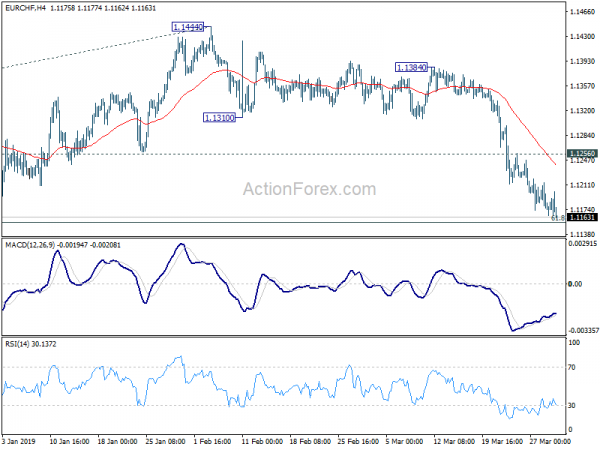 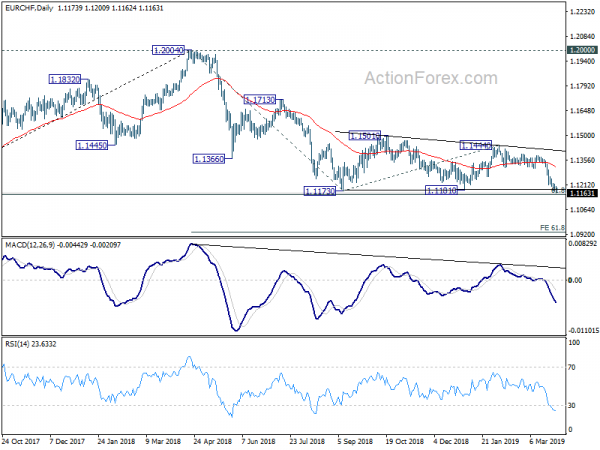 In the long term picture, the current development argues that long term up trend has completed at 1.2004 after rejection of 1.2 key resistance. Sustained break of 1.1198 support will confirm this bearish case and target 1.0629 and below. 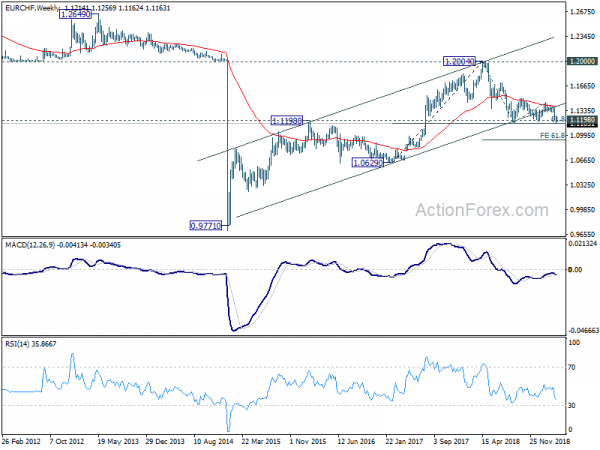 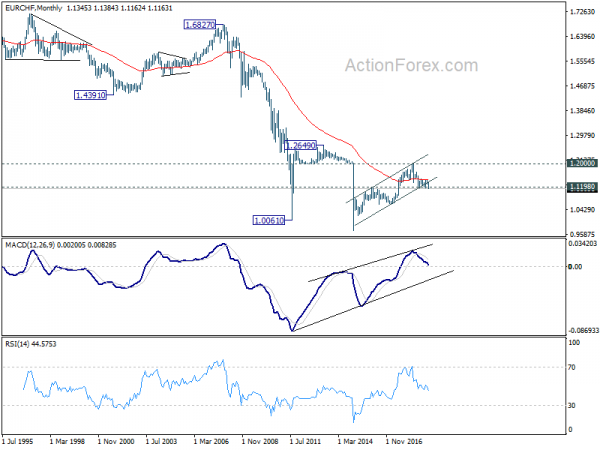