And now China is also stepping counter-measures to US isolation of Huawei. Rare earth will be used to disrupt US industrial and tech supply chain. And a so called “unreliable entity list” will be set up. There are divided opinions on the effectiveness of China’s moves but they’re somewhat irrelevant. The key message is that there is no room for negotiations for now. Further, on Sunday, China is going to lay out its position on trade talks with the US in a white paper titled “China’s Position on the China-U.S. Economic and Trade Consultations”.

Judging from the intensity of market reactions, Trump’s suddenly move to tariff Mexican products had a more profound impact that unsettle global investor confidence. In short, in order to force Mexico to curb immigration flow through the country to US, Trump announced to impose 5% tariffs on all Mexican products on June 10. That will eventually move up to 25% on October 1 if he’s not satisfied with what Mexico is going to do. That’s an unprecedented move in using tariffs on issues unrelated to trade nor economy. That’s beyond the scope of trade war and it’s no longer just protectionism. It’s weaponization of tariffs for political agenda.

In the currency markets, Yen was overwhelmingly the strongest one. It’s surprisingly followed by the resilient Australian Dollar, and then Swiss Franc. Sterling was the worst performing one. Canadian Dollar was second worst, following steep decline in oil price.

Dollar dragged down by Fed cut pricing and falling yields

Dollar was left behind by Yen and France last week and ended mixed despite risk aversion on trade tensions. Increasing bets on Fed rate cut this year was a factor weighing on the greenback. Free fall in treasury yield was another. Both developments could intensify this week with the heavy weight economic data releases. Both ISM indices are expected to stay steady in May. But given that Market PMIs deteriorated sharpy to 50.6 (manufacturing) and 50.9 (services), the markets could be setting themselves up for disappointment. Personal spending in the US has been strong while consumer confidence stayed high. Jobless claims also hovered around very low levels. So, it’s less likely that non-farm payroll would disappoint. But any downside surprise in NFP would trigger huge reactions based on current weak sentiments.

Dollar index has been losing upside momentum for some time, as seen in daily MACD too. But after all, it’s support above 55 day EMA in the current rising leg and there is no clear sign of topping yet. For now, outlook remains cautiously bullish for 100 psychological level. However, firm break of 97.02 support will be an early sign of medium term bearish reversal. And focus will be turned back to 95.74 structure support for confirmation.

Recent comments from Fed officials continued to reinforce the patient stance. Sluggish inflation was seen as transitory and improvements in job market will eventually lift inflation back to target and above. But such view could quickly change if data point to slowdown or even turnaround in employment. Investors are clearly ahead of Fed on the issue.

10-year yield dropped to as low as 2.137 before closing at 2.142. For now, we’d still look for support between 2.034 and 61.8% retracement of 1.336 to 3.248 at 2.066 to bring a recovery. But break of 2.356 resistance is needed to be the first sign of bottoming. Otherwise, outlook will stay bearish and more downside is in favor. Indeed, current downside acceleration suggests that 2.0 handle will likely be taken out too. It’s just a matter of time.

Also, looking at the biggest picture, TNX was held by decade long channel resistance. 55 month EMA was also taken out with last week’s steep fall. It’s still a bit early to say. But sustained trading below 2.0 handle could pave the way back to 1.336 low.

So, maybe DOW is doing so too. We’ll see. 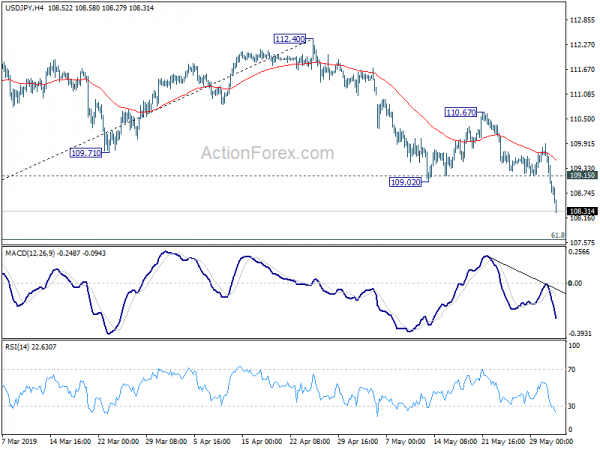 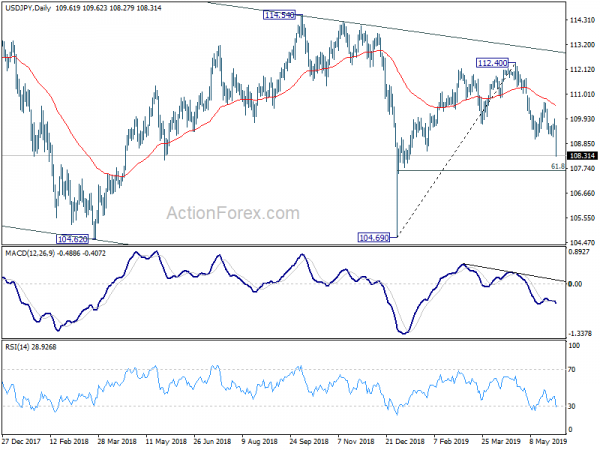 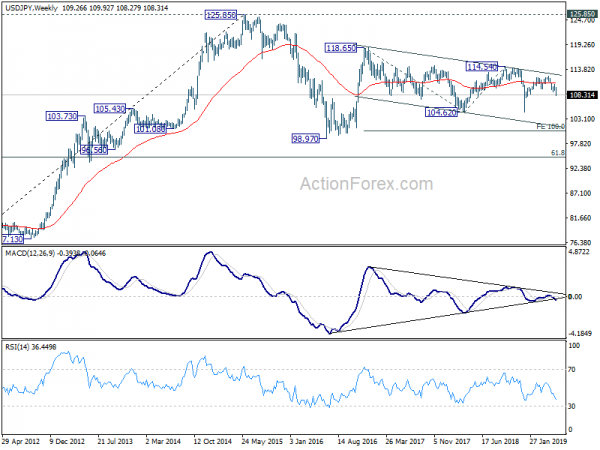 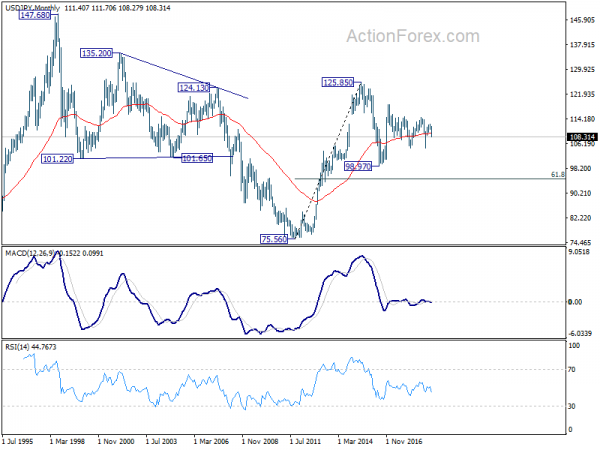