Dollar ended last week as the strongest one as markets put China’s coronavius behind. Instead, strong risk sentiments lifted major US indices to new record highs. Friday’s pull back was likely due to pre-weekend profit taking only. Latest batch of economic data, including ISMs and NFP, suggested that US economy is in healthy shape. The bullish trend should continue for the near term.

Staying in the currency markets, Australian Dollar ended as the second strongest after RBA affirmed its wait-and-see stands. But any renewed weakness in Chinese stocks and extend selloff in commodity could drag the Aussie lower ahead. European majors were the weakest as UK and EU will now enter into negotiations of future relationship. Risk of cliff-edge Brexit by the end of the year remains. 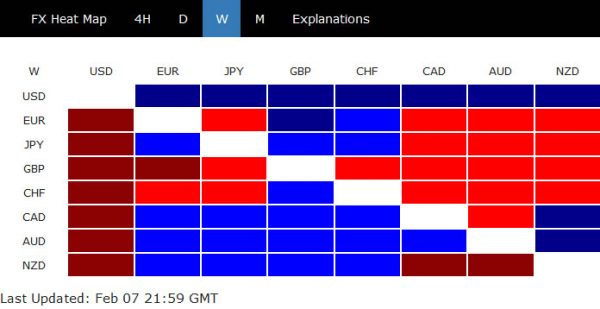 US indices resumed record runs, to continue in near term

Major US indices hit new record highs last week before suffering a rather heavy setback on Friday. To us, the pull back was more about pre-weekend profit taking due to the uncertainty over China’s coronavirus. The outbreak is not expected to have serious contagion effect outside of Asia for the moment, even though risks remain. Hence, for now, we’d continue to expect US stocks to perform well if there is no drastic turn in sentiments. 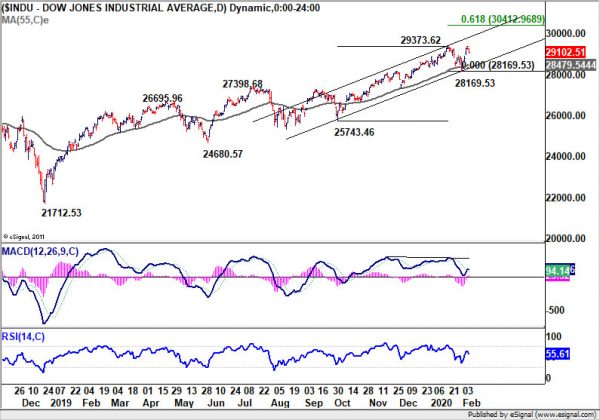 Chinese stock to stay pressured, poised for another decline 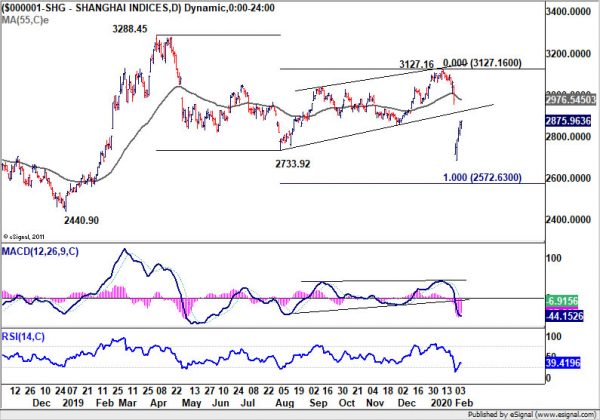 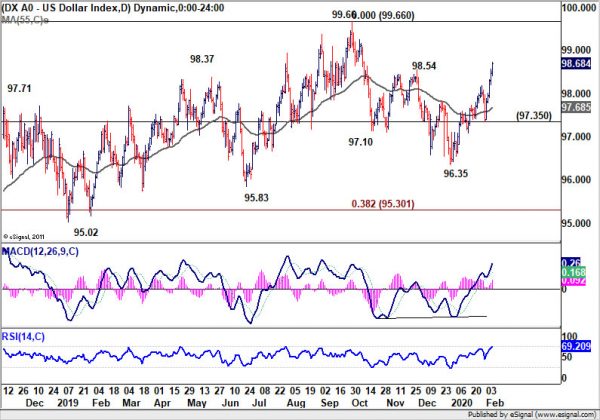 Fall in iron ore prices might drag down Aussie ahead

Australian Dollar was somewhat supported by the balanced RBA statement last week, but indicates that the central bank is in no rush to cut interest rate again. Yet, the Aussie is facing risk of deterioration of China’s economy, as well as free fall in commodity prices. Iron ore price is back pressing 76.99 support after the sharp decline in the past two weeks.

In the bigger picture, it should have completed a medium term up trend at 115.78 Break of 76.99 will add to the case of trend reversal and target 62.99 support and below. That would give further pressure to the Aussie. 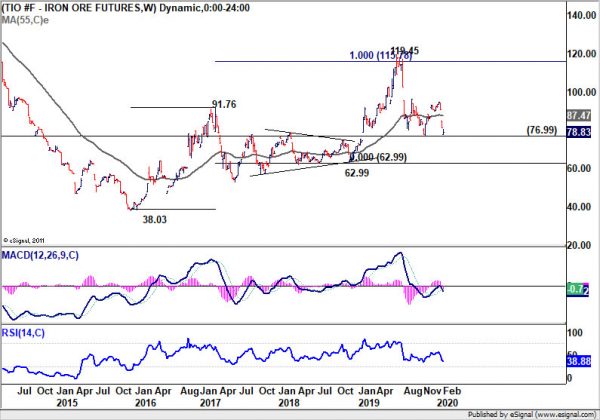 EUR/USD’s decline from 1.1239 resumed last week and reached as low as 1.0942. The strong break of 1.0981 support should confirm the bearish case. That is, corrective rise from 1.0879 has completed with three waves up to 1.1239. Initial bias stays on the downside this week for retesting 1.0879 low. On the upside, above 1.0985 minor resistance will turn intraday bias neutral first. But recovery should be limited below 1.1095 resistance to bring fall resumption. 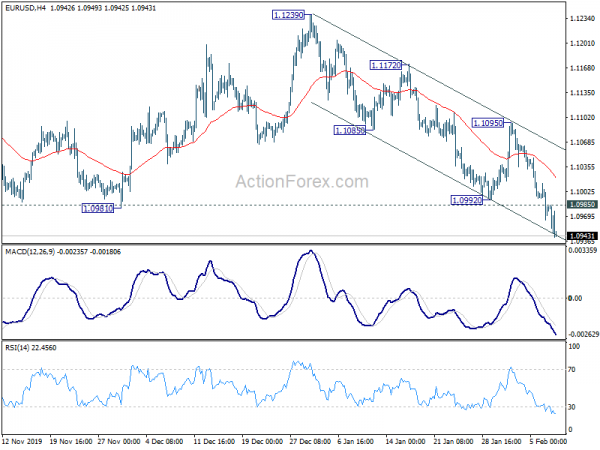 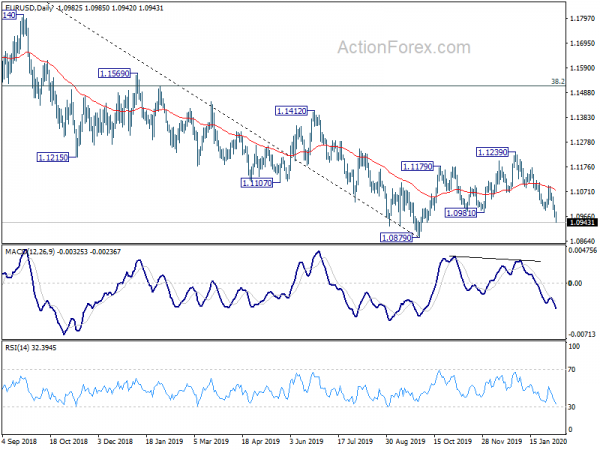 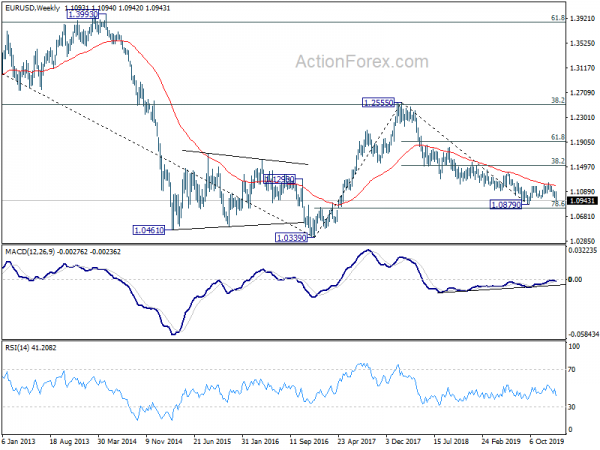 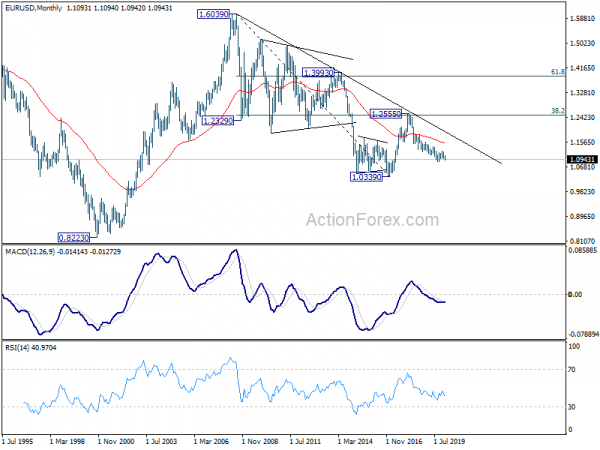