While China’s Wuhan coronavirus outbreak remained a major focus last week and triggered much volatility. But overall, stocks investors seemed not too bothered, with US indices continuing record runs. Other major markets are mixed only FTSE and Nikkei ended the week lower only. Gold closed higher but is well short of 1600 handle. WTI crude oil also recovered after repeated testing 50 handle.

In the currency markets, weakness in Euro is overwhelming. A major concern is that the coronavirus outbreak could kill the already weak Eurozone recovery early. In particular, the export-led German economy could face renewed recession risks. There were also some speculations that ECB could be forced to cut interest rate cut in the latter half of this year. Upcoming February PMI released from Eurozone could reveal how far sentiments were hurt. Weakness in Euro also dragged down Swiss Franc. While Dollar index extended recent rise, the greenback actually ended as the third weakest together with Yen. 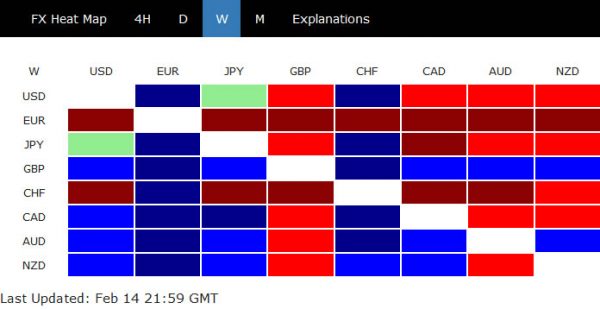 China’s Wuhan coronavirus remained a major theme in the markets and would continue to be so for the near term. Confirmed cases in China exceeded 68,500, partly due to a change in counting method. Death tolls also top 1,600. Globally number of cases in Japan surged pass 355, mainly because of the hundreds of cases in the Diamond Princess liner. Singapore came second at 67 with Hong Kong at 56. Fourth death outside of China was record in France, first outside Asian, in addition to one Hong Kong, Japan and the Philippines.

Global supply chain disruptions could continue as the Hubei province, an industrial center, remains locked-down. Factories in other provinces are still struggling to resume production too. IMF Managing Director Kristalina Georgieva warned that the next two weeks will be crucial in determining the economic impact of the coronavirus. The reopening of factories would give a “better understanding on the resilience of China and on that basis, the spillover for the rest of the world”.

Dollar index heading to 99.66 but beware of topping there

Dollar index’s rise from 96.35 extended to as high as 99.16 last week. Further rally is expected as long as 98.18 resistance turned support holds, for 99.66 key resistance next. At this point, outlook in Dollar in general is a bit mixed, and the rally in Dollar index is mainly attributed to broad based weakness in Euro. USD/JPY’s rally is somewhat capped below 110.28 near term resistance. AUD/USD lost some downside momentum while USD/CAD lost upside momentum too. Hence, we’d be cautious on topping at around 99.16 to bring another fall to extend range trading. 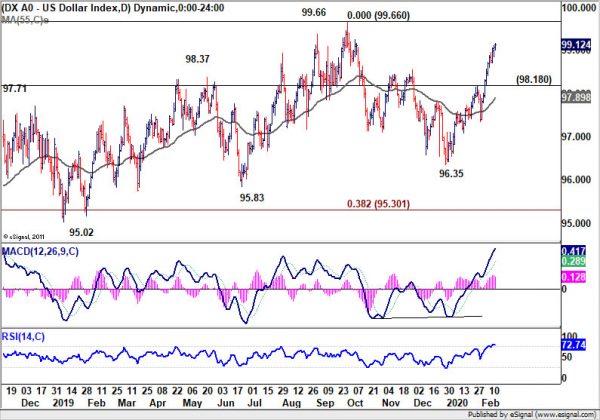 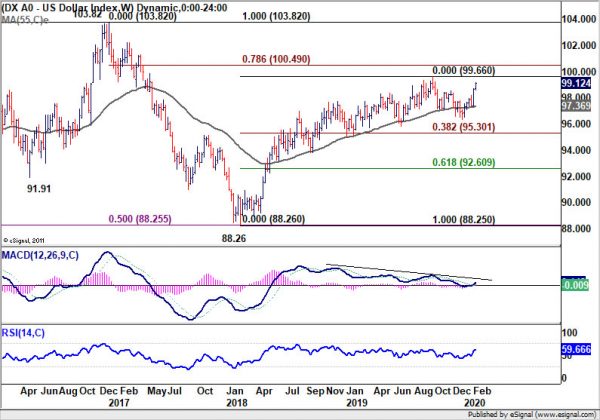 Talking about Euro, both EUR/USD and EUR/CAD resumed medium term down trend last week. The outlook in EUR/CAD is rather bearish with prior recovery limited comfortably below 55 week EMA. Long term trend line support is also taken out firmly already. Structure of the fall from 1.6151 (2018 high) so far argues that it’s a corrective move. Yet, further decline is expected in the medium term, as long as 1.4719 resistance holds. Next target is 1.3782 support zone, 61.8% retracement of 1.2126 (2012 low) to 1.6151 at 1.3664. 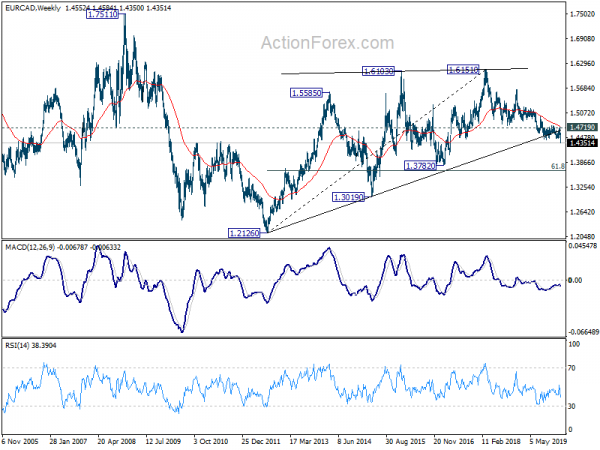 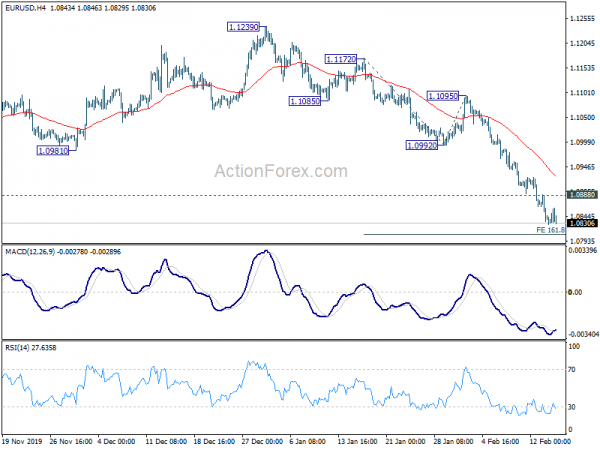 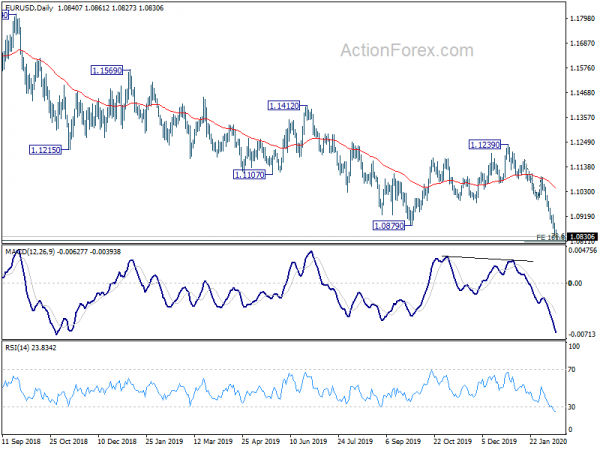 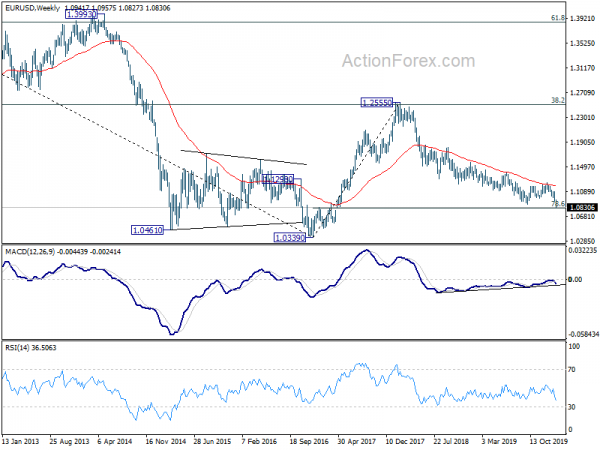 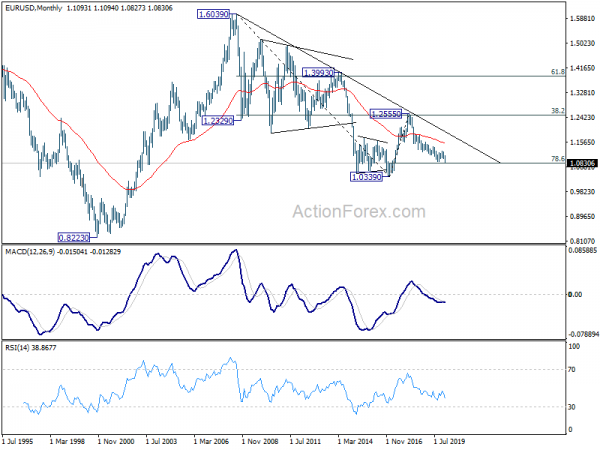