Markets Could Stabilize after Bearish Mood Exhausted in Wild Week

Major central banks and governments came to rescue and launched coordinated measures to support the economy. Even the US administration was finally on board, with President Donald Trump declaring national emergency to unlock USD 50B in federal aids.

From market sentiment point of view, bearish mood could have been exhausted for the near term, as seen in Friday’s rebound. We’d likely seen a period of stabilization ahead, even though risks stay heavily on the downside, depending on the outbreak on Europe and US.

Dollar ended as the strongest one, followed by Swiss Franc and then Euro. Yen lost some appeal toward the end of the week and ended mixed. Australian Dollar, was the worst performing one, followed by Sterling. With Fed back in focus with the March 18 meeting, Dollar’s rally could be capped initially this week. 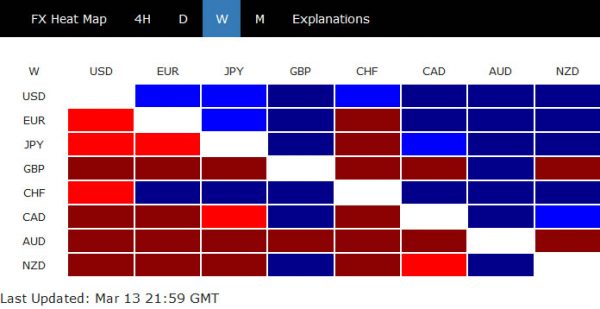 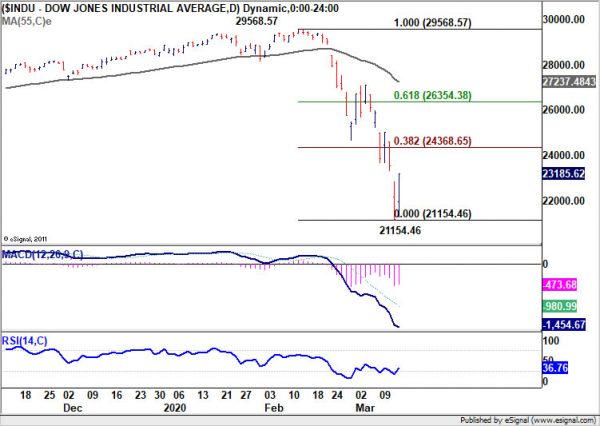 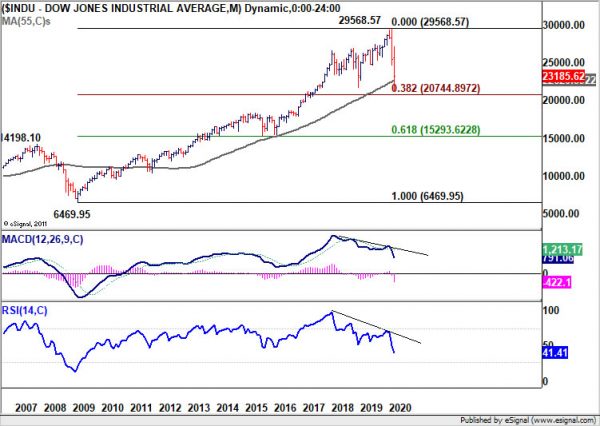 However, there is no doubt that DOW is now correcting whole up trend from 6469.96 (2009 low) to 29568.57. A correction of this scale shouldn’t end that quickly. The strength and time of the current rebound would give some hints on how deep the correction would turn out to be. We’ll keep our mind open first.

Dollar index staged a somewhat miraculous rebound after initial dip to 94.65 last week. There is no change in the view that 99.91 is a major top. Price actions from there are correcting the up trend from 88.25 (2018 low). Though, current development suggests that it should be in a medium term sideway consolidation, rather than a deep correction. 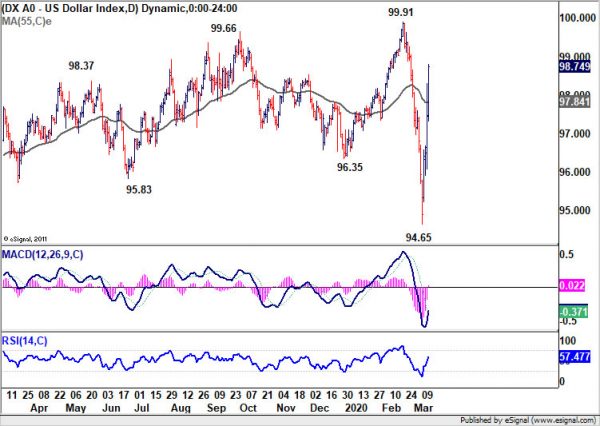 With that in mind, we’re not expecting a break of 99.91 high soon. Instead, there should be at least another fall to extend the consolidation pattern. In that case, nevertheless, downside should be contained by 50% retracement of 88.25 to 99.91 at 94.08. 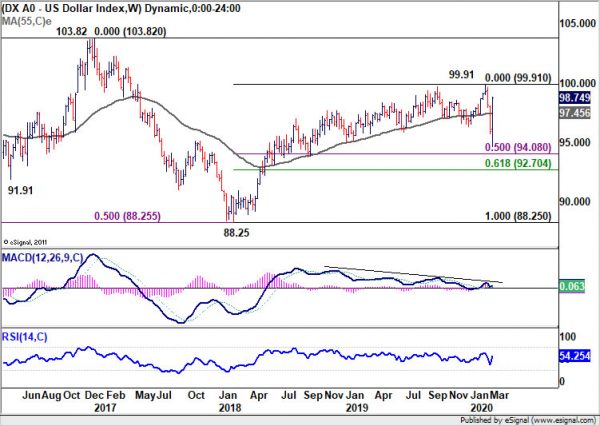 Gold failed to ride on risk aversion but instead dived on Dollar’s rebound. The break of 1557.04 resistance turned support should confirm medium term topping at 1703.28, on bearish divergence condition in daily MACD. 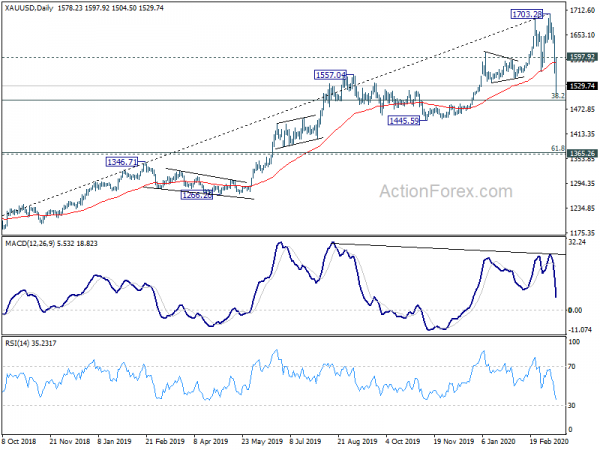 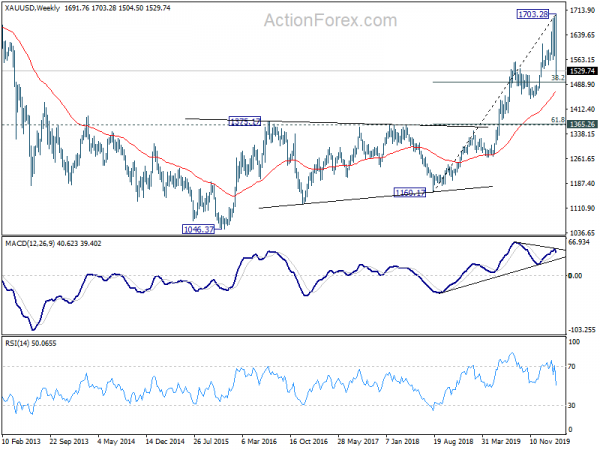 WTI oil to stay in range after free fall

WTI crude oil gapped lower last week and hit as low as 27.50 on double whammy of coronavirus and price war between Saudi Arabia and Russia. 2015 low of 27.69 was breached but it quickly recovered to close at 33.09. Without further development in OPEC+ negotiations, we’d expect range trading to continue for the near term. That is, 27.50/42.05 should now bound any movements in WTI. 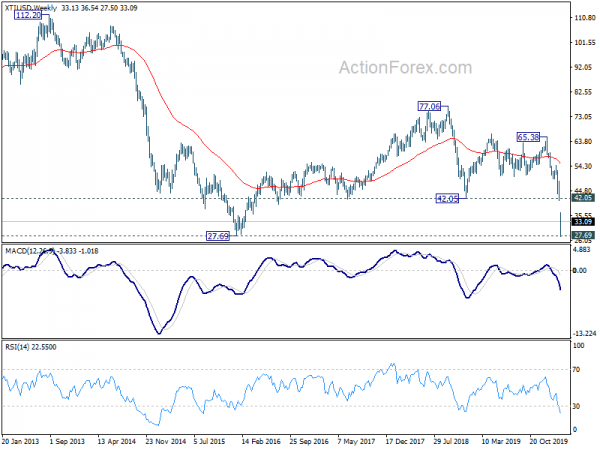 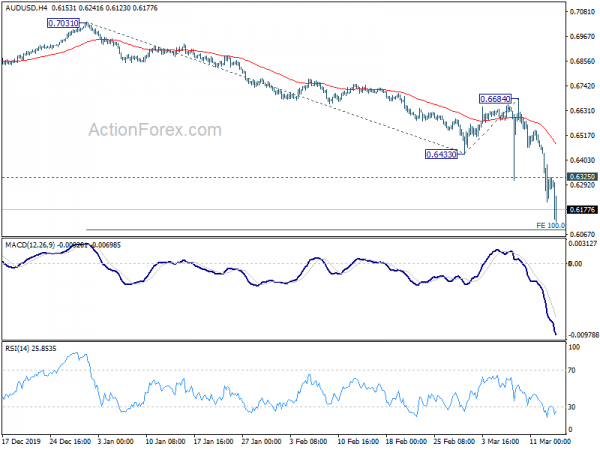 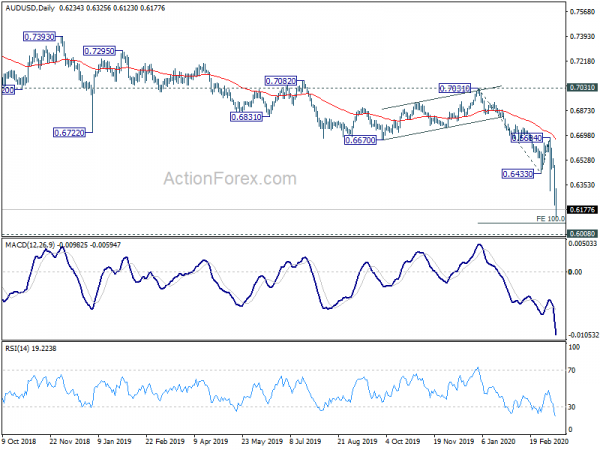 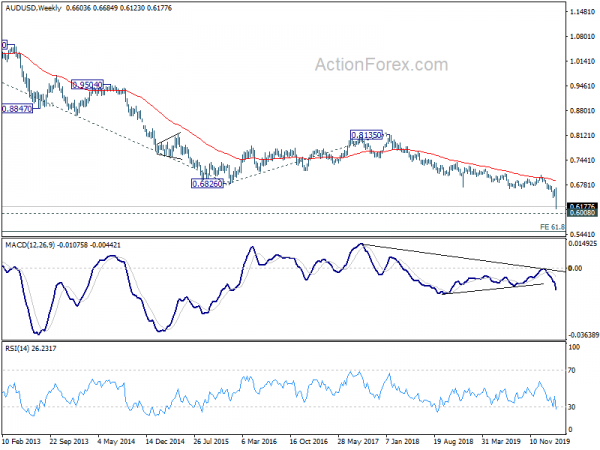 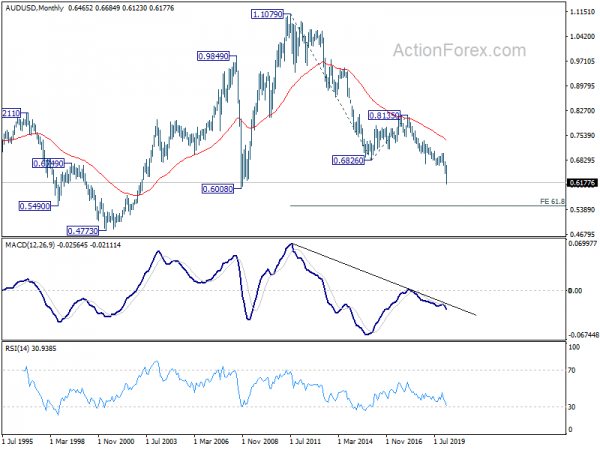