Economic data releases have probably never been that meaningless in history. Traders were not too concerned that the Q1, March or even April data were worse than terrible. Instead, hope of lockdown exit, at least partially, have lifted risk markets for the initial part of the week. Risks of a second wave of coronavirus pandemic remain, in particular with increasing spread in Russia, Brazil and Mexico. Yet, for now, Europe is generally improving steadily, while infections and daily deaths in the US has at least stabilized.

Meanwhile, investors are already looking through to post pandemic international relations. Talks of US retaliations to China’s cover-up and mishandling of the coronavirus outbreak at the early stage intensified last week. Works are being done in the Senate on stripping China of its “sovereign immunity” status under US law — which would allow the US government or private entities to sue the country for compensations.

There were also talks that the US administration is considering cancelling interest payments to debts held by China, or even debt cancellations, as punishment. But such idea was ruled out by White House economic adviser Larry Kudlow, which said it’s “absolutely and unequivocally untrue,” adding that “the full faith and credit of US debt obligations is sacrosanct.”

President Donal Trump also echoed Kudlow and said doing so could undermine the “sanctity of the dollar.” Instead, he said, “I can do the same thing but even for more money just by putting on tariffs. So I don’t have to do that. You know, it’s approximately USD1 trillion, a little bit more as I understand it, USD1 trillion. But we can do that in probably a little bit of a more forthright manner.”

The renewed threat of tariff war was the main driver of risk aversion towards the end of the week, driving DOW, Chinese Yuan and Aussie down. At the same time, May isn’t really a good month to talk up market risks with the idiom “sell in May and go away”. Risk markets could have a rough ride ahead.

Over the week, Dollar ended as the worst performing one, followed by Canadian and then Aussie. European majors were the best performers, lead by Euro. 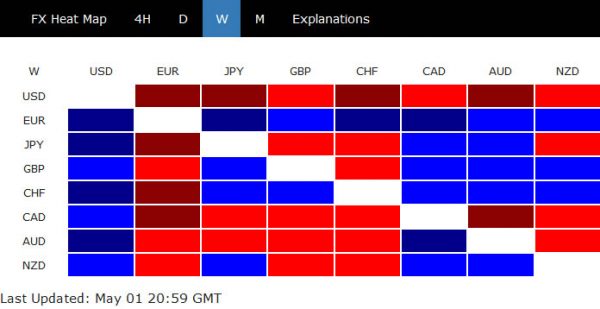 DOW continued lose upside momentum, reversal might be near

DOW rose to as high as 24764.77 last week as the rebound from 18213.65 extended, but retreated sharply since then. We’d maintain the view that such rally is just a corrective move. Risk of reversal is increasing with persistent bearish divergence condition in hourly MACD. Firm break of 22941.88 support will confirm near term topping, and turn outlook bearish for a test on 18213.65 low again. Even in case of another rise, upside should be limited by 61.8% retracement of 29568.57 to 18213.65 to 27647.77 to bring near term reversal. 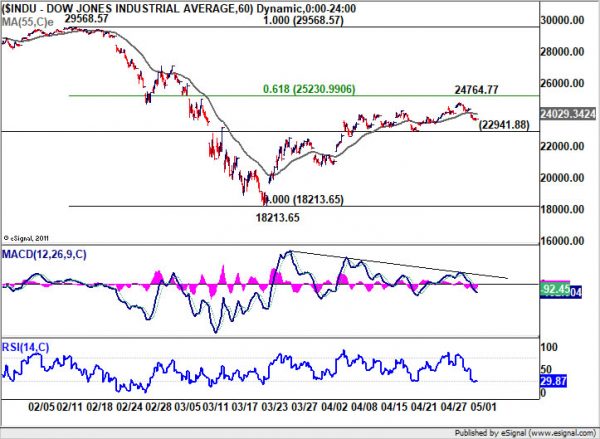 The turn in sentiment was also clearly seen in USD/CNH, which surged sharply on Friday to close at 7.1345. Strong support was seen from 55 day EMA and that’s a near term bullish sign. Rebound from 6.8452 is likely not over yet and break of 7.1649 might be seen. Yet, for now, we’re still seeing it as the second leg of the corrective pattern from 7.1953. Hence, strong resistance should be seen from 7.1953 to limit upside and bring near term reversal. However, sustained break there will indicate resumption of larger up trend, and could argue that US-China tensions have stepped up to another level. 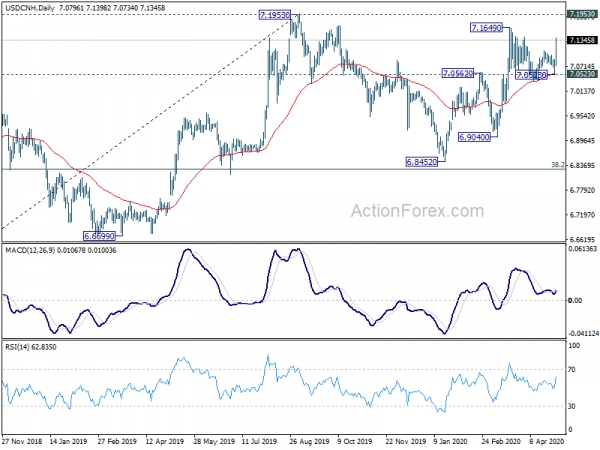 AUD/JPY and GBP/CHF topped in near term, might be reversing

The turn in market sentiment was quite evidence in Aussie pairs. AUD/JPY’s should have formed a short term top at 70.16, on bearish divergence condition in 4 hour MACD, with near term trend line broken. That came just after hitting key resistance zone of 69.95 and 61.8% retracement of 76.54 to 59.89 at 70.17. Near term focus will be on 67.29 support. Decisive break there should confirm completion of whole corrective rebound from 59.89. Near term outlook will be turned bearish for retesting this low. 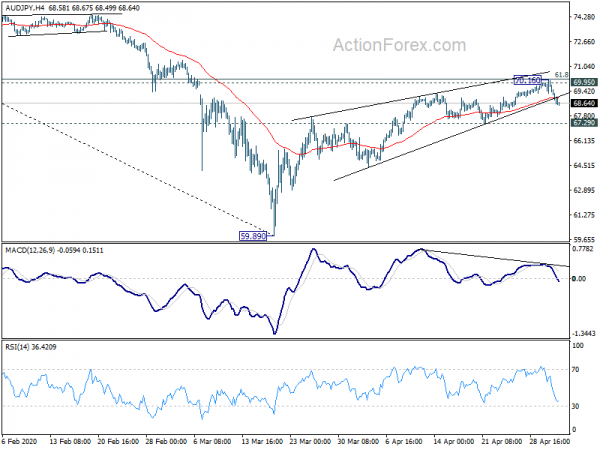 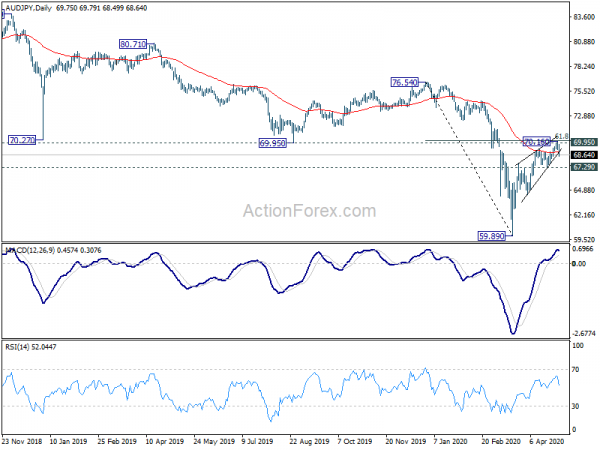 GBP/CHF could also be seen as a gauge to market sentiments too. The cross should have also formed a short term top at 1.2204, on bearish divergence condition in 4 hour MACD, after missing 50% retracement of 1.3310 to 1.1102 at 1.2206, and failing to sustain above 55 day EMA. Focus will be back on 1.1869 support in the coming week(s). Break will suggest completion of the rebound from 1.1102 and turn outlook bearish for retesting this low. 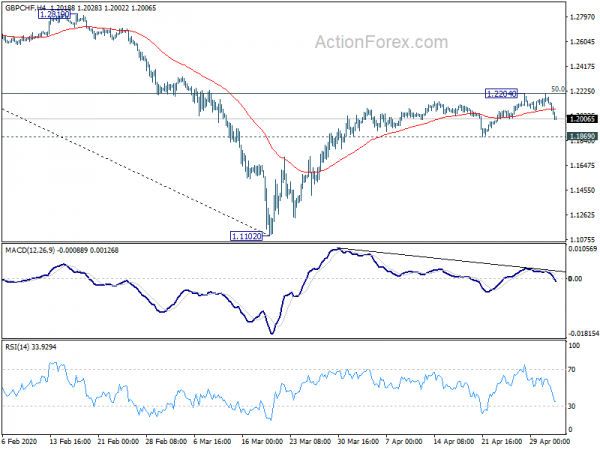 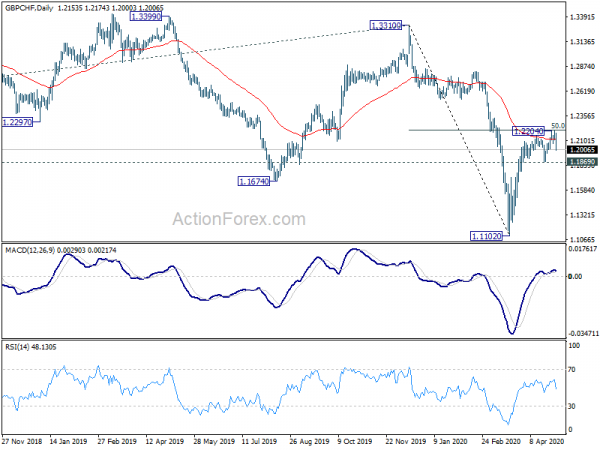 Near term reversals in both AUD/JPY and GBP/CHF could add to the case of reversal in stocks, when DOW breaks above mentioned 22941.88 support.

Dollar didn’t rebound on risk aversion towards the end of the week this time, partly because US would be at the center of storm of any new tariff war. Instead, it was under notably selling pressure against European majors. Dollar index extended the fall from 100.93 to close at 99.07. The development in DXY is not unexpected though, corrective pattern from 102.99 is seen as extending. For now, risk will remain mildly on the downside as long as 100.93 resistance holds, in case of recovery. Deeper decline might be seen to 98.27 support. But downside should be contained by 61.8% retracement of 94.65 to 109.22 at 97.83 to bring rebound. 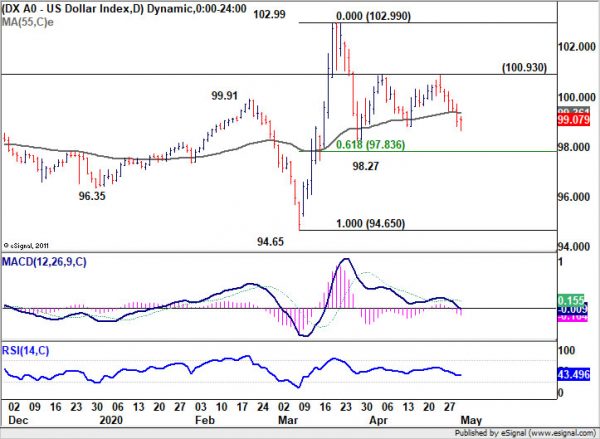 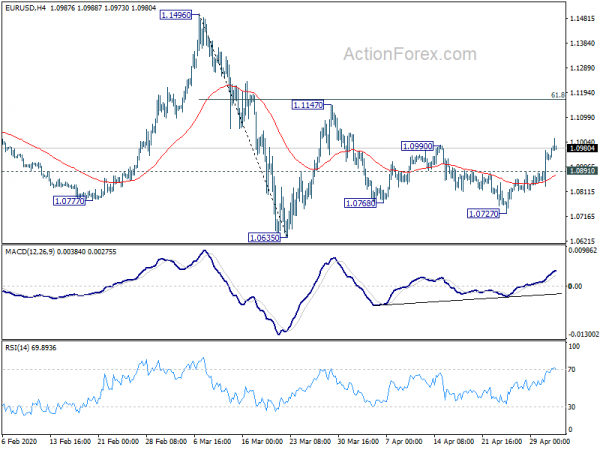 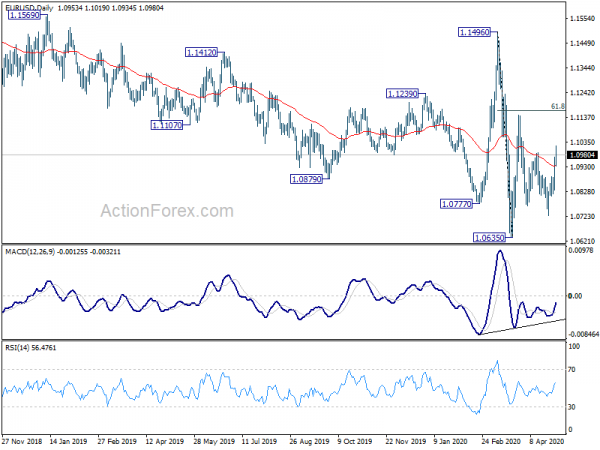 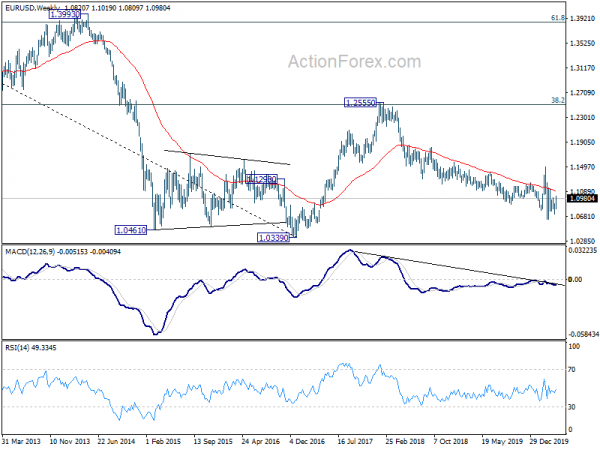 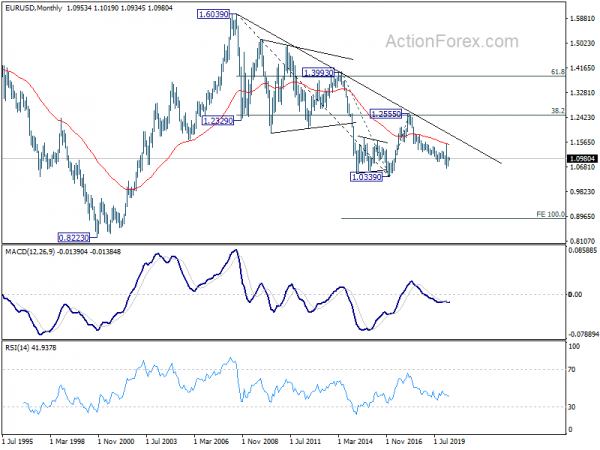