Sterling’s selloff was the most decisive move last week. UK-EU negotiations seemed heading to a dead-end as UK published the so-called internal market bill, which violates part of the Brexit Withdrawal Agreement. WTO style of trade relationship after Brexit looks more likely than ever. Technical developments in Sterling pairs suggest that weakness would persist for the near- or even the medium-term.

Swiss Franc and Yen ended as the strongest ones last week, with some help from selloff in the stock markets. In particular, it now looks like NASDAQ is ready for a deeper correction to digest the strong up trend since March. Euro and Dollar were mixed. ECB President Christine Lagarde refrained from sounding too concerned with Euro’s appreciations. That kept EUR/USD in range. Dollar’s next move, would now depend on overall risk sentiments, than the common currency.

GBP/CHF could be resuming long term down trend 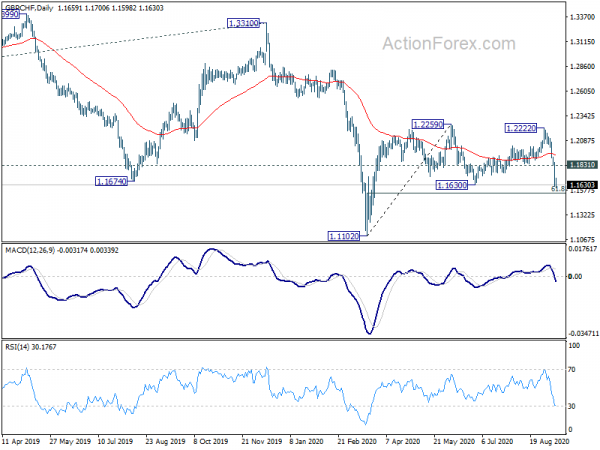 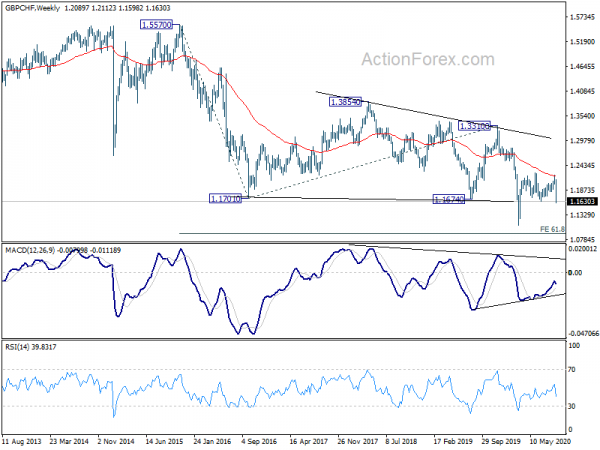 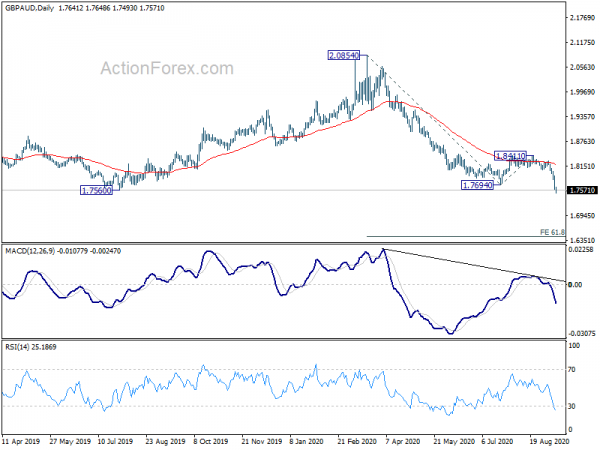 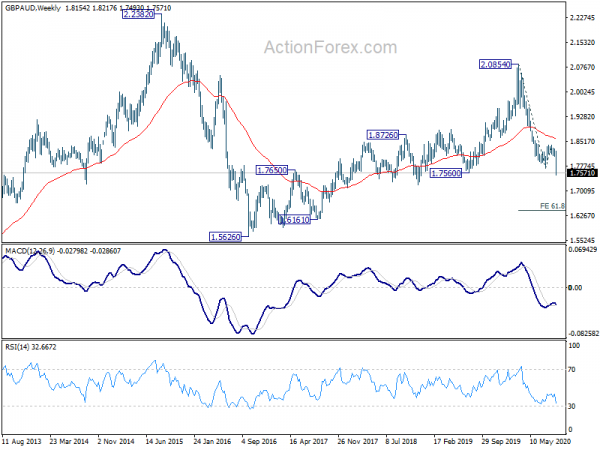 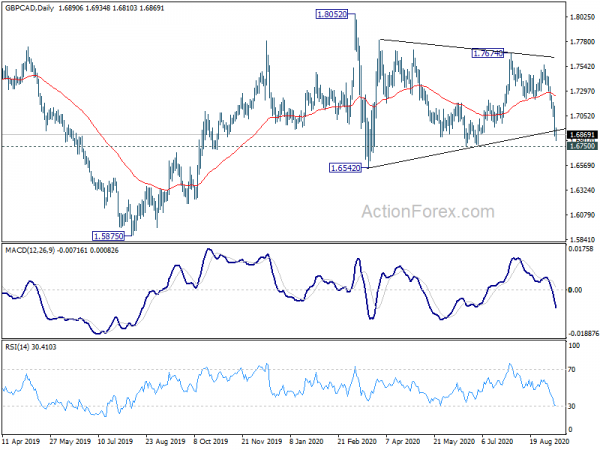 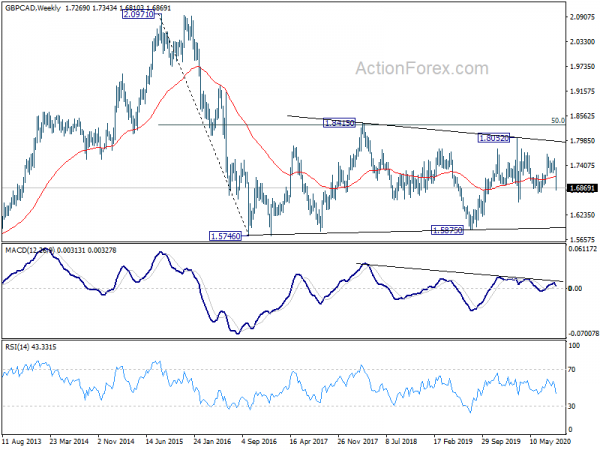 As for Dollar index, the rebound attempt this month has been disappointing so far. ECB’s refrain from raising strong concern over Euro strength was a factor limiting the DXY. Still, the conditions for a correction to fall from 102.99 to 91.74 are set, with breach of channel resistance, as well as mild bullish convergence condition in daily MACD. Break of last week high of 93.66 should pave the way to 38.2% retracement of 102.99 to 91.74 at 96.03.

If that happens, resurgence of risk aversion would likely be the reason. In particular, NASDAQ breached an important support zone of 55 day EMA, and 23.6% retracement of 6631.42 to 12074.06. Another round of selloff this week would send NASDAQ to 38.2% retracement at 9994.97. That should be accompanied by the above envisaged rebound in DXY if happens. 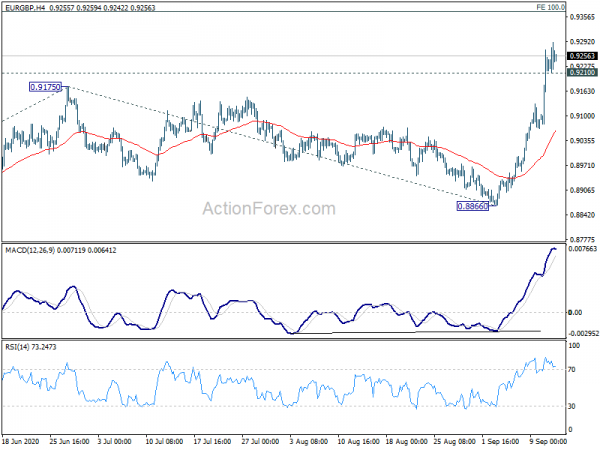 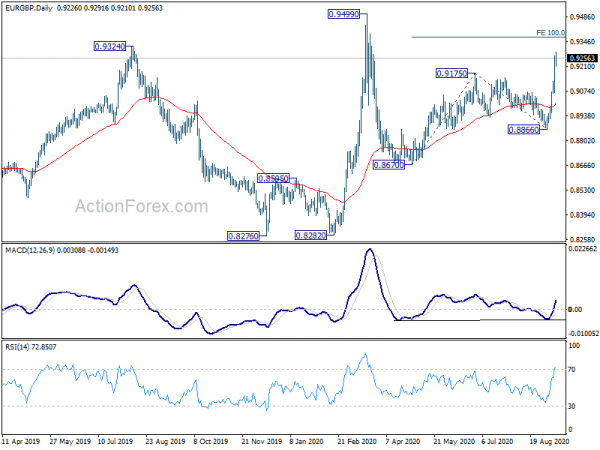 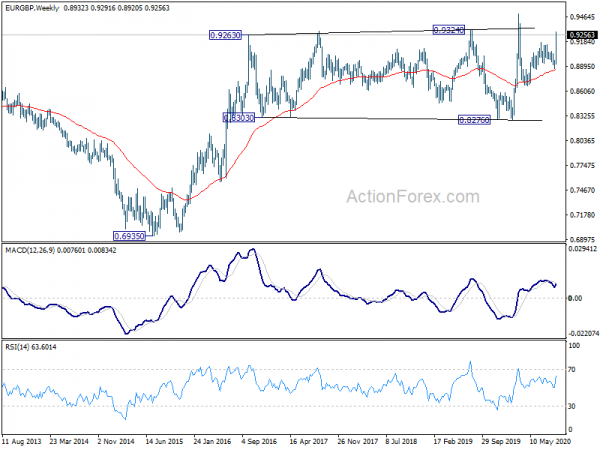 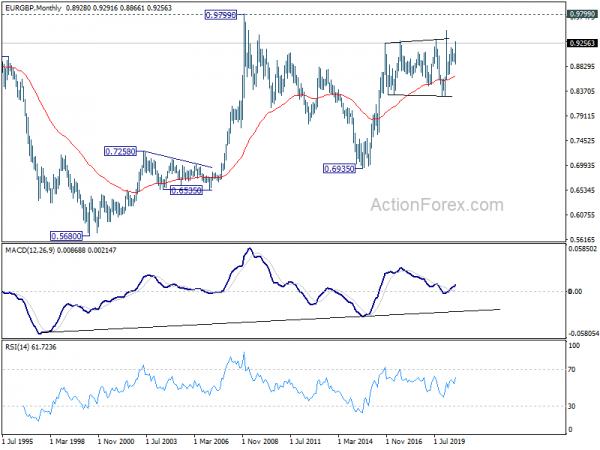 Risk Sentiment Will Continue To Set The Tone For Trading

Euro, Sterling and Swiss Interplay Eyed as Volatility in Stocks and...

Volatility In Stocks. Does That Indicate A Rising Dollar Ahead?