Investors could have been anticipating an October surprise. But none could have expected it to come that early, with US President Donald Trump’s coronavirus infections. The world has been in historically high level of uncertainty ever since the virus outbreak in Wuhan of China half a year ago. And the virus is still not leaving us alone. With just a month away from the election, there will surely be twists and turns ahead, which would likely limit the commitment of one-sided moves. Cautiousness is probably the picture we’re going to see for weeks.

Australian Dollar and Sterling ended as the strongest ones last week, but that’s mainly a result of paring some recent losses. Dollar ended as the worst, followed by Yen, but both struck a strong come back towards to the end. We’d argue that the favors are mildly back on both Dollar and Yen ahead, subject to another down leg in stocks and probably oil prices too. There are some discussions regarding the interactions of stocks, Dollar, gold, oil and some Yen crosses below.

Another leg down likely in NASDAQ before consolidation completes

NASDAQ was the one that suffered the largest decline on Friday, down -2.22%. The weekly close at 11075 was still higher than prior week’s 10913. But it was actually below open at 11084. The development raised doubt about the sustainability of the rebound from 10591.49.

With the help of risk aversion, Dollar index managed to close above 93.66 resistance turned support despite breaching briefly. The development so far keep the rebound from 91.74 short term bottom alive. Break of 94.74 resistance, following more risk aversion, would send the index to 38.2% retracement of 102.99 to 91.74 at 96.03. There’s where the real test for DXY. Nevertheless, firm break of 93.66 will indicate completion of the rebound and bring retest of 91.74 low. In this case, we’d likely see stocks head to retest prior record high.

Gold’s rebound from 1848.39 extended higher last week and took out 4 hour 55 EMA. Yet, it’s starting to lose momentum ahead of 1920.06 minor resistance, and near term trend line resistance. Renewed Dollar weakness would likely result in a firm break of 1920.06 resistance, to indicate completion of the consolidation form 2075.18. In the case, we’d likely see Gold head back towards 1973.58 resistance. Though, break of 1881.30 minor support would indicate completion of the rebound and bring retest of 1848.39 low. That would be used a signal to double confirm Dollar’s rebound extension. 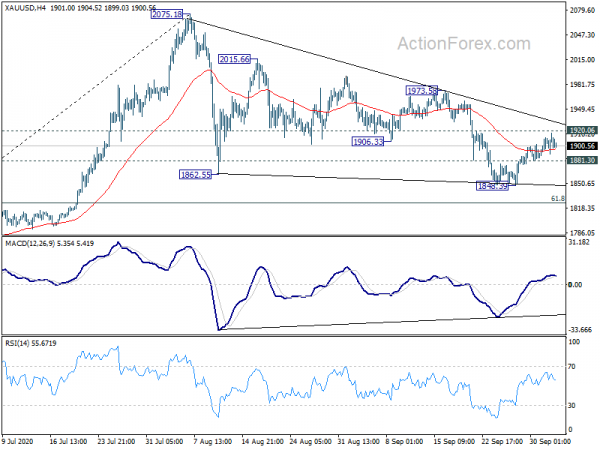 In addition to the above stocks/Dollar/Gold interactions, some Yen crosses are also worth a watch this week. CAD/JPY’s development last week suggests that price actions from 73.86 are merely a corrective move, with upside limited by 55 day EMA as well as 79.81 support turned resistance. Another fall is in favor and break of 78.36 will extend the decline from 81.58, as the third leg of the pattern from 81.91, to 77.61 support. 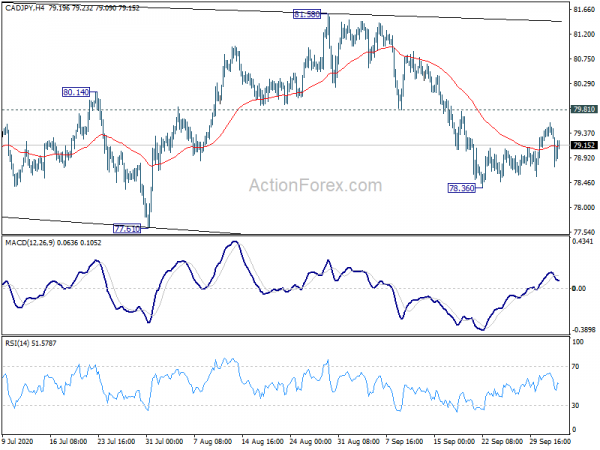 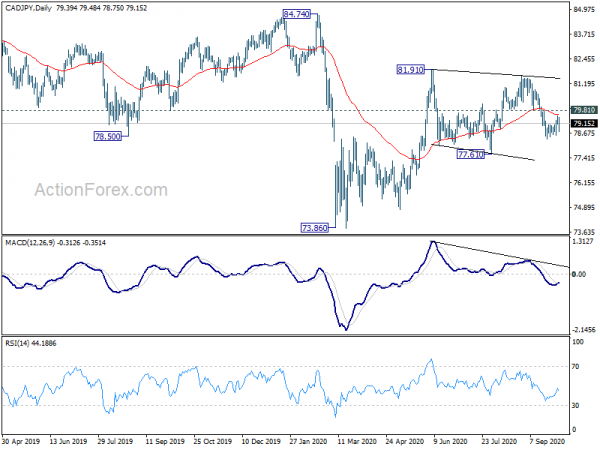 CAD/JPY’s decline attempt towards the end of the week was partly due to the unexpected steep fall in oil prices. The development now suggests that WTI is in the third leg of the correction from 43.50. Deeper fall should be seen this week to 35.98 and even further to 100% projection of 43.50 to 35.90 from 41.43 at 33.91. If that happens, the above mentioned decline in CAD/JPY would likely be seen in tandem. 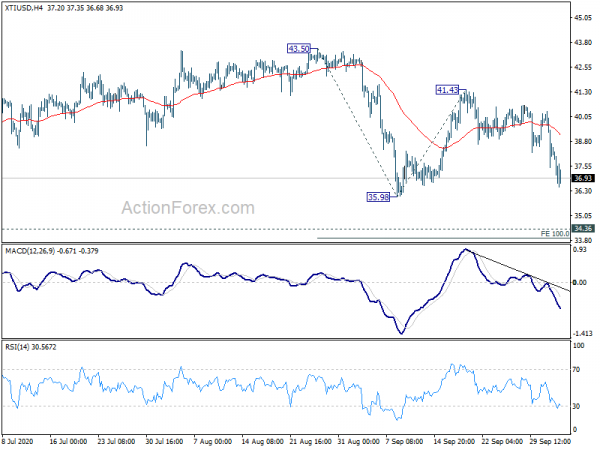 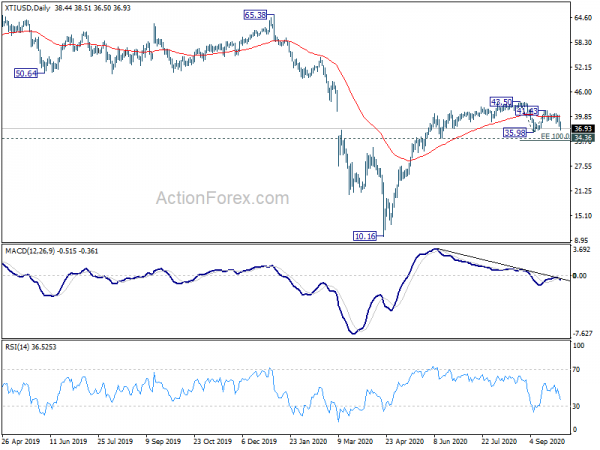 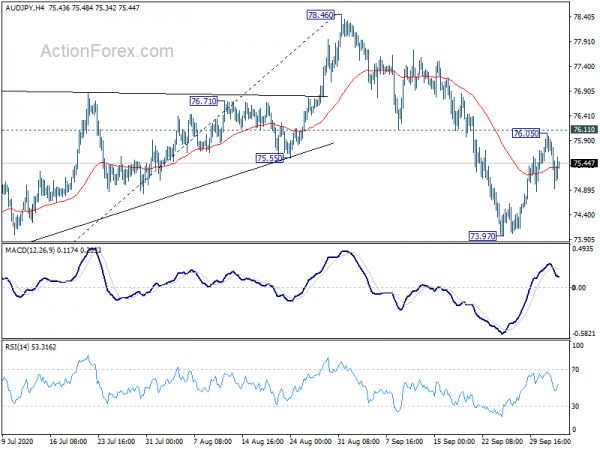 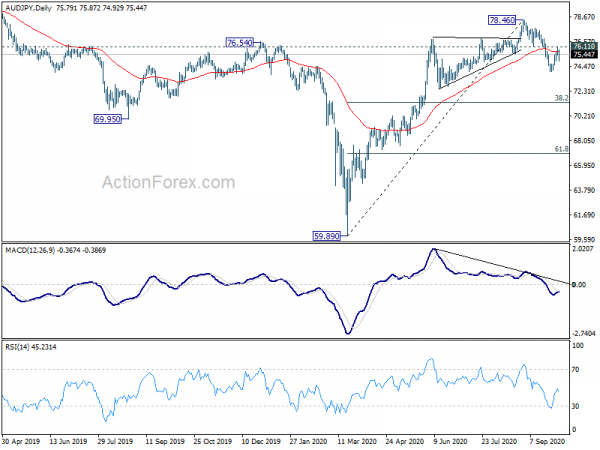 Australia’s ASX index will continue to be a gauge to double confirm AUD/JPY’s movements. ASX failed to sustain above 55 day EMA closed the week lower. Immediate focus is back to 5921.29 support this week. Break will extend the corrective fall from 6369.89 to 38.2% retracement form 4429.1 at 5628.50. Ideally, we should see both ASX and AUD/JPY move more or less together, up or down. 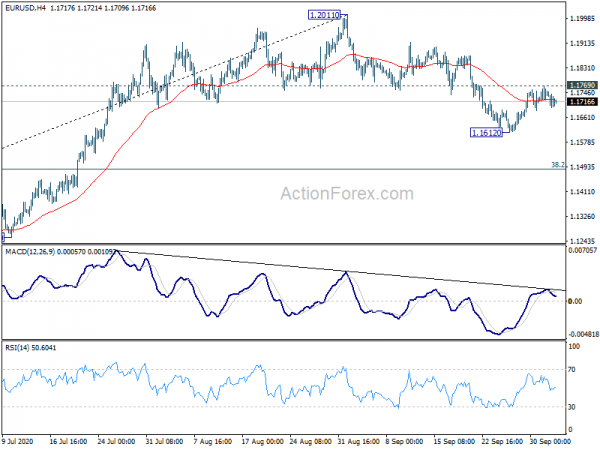 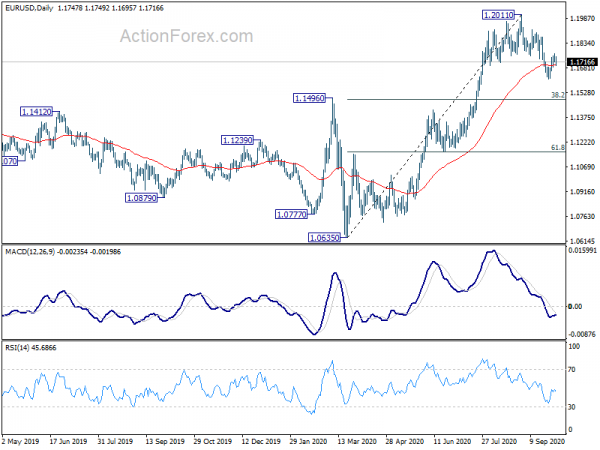 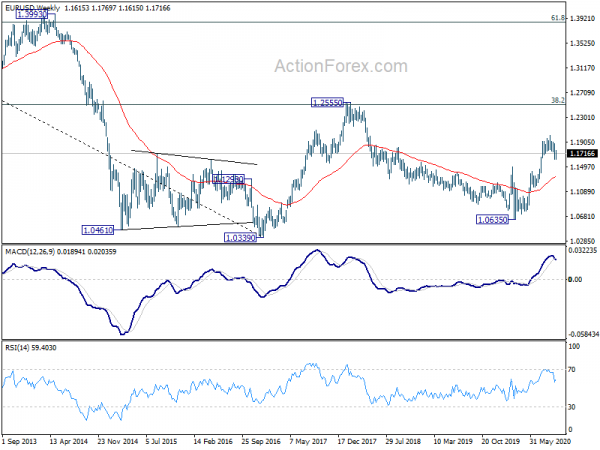 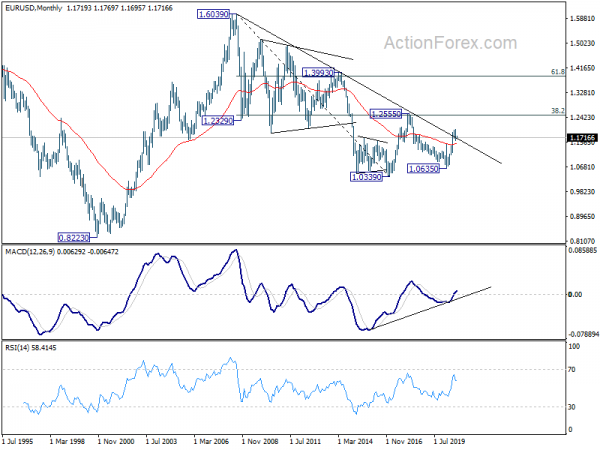