Dollar Solidified Strong Near Term Rally, But Not in Long Term Reversal Yet

Dollar ended last week sharply higher as boosted by the surprisingly hawkish FOMC projections. Yen followed as second strongest on steep selloff in stocks, while Euro is a distant third. Commodity currencies were the worst performers, with Aussie leading the way, followed by New Zealand Dollar. Though, Swiss Franc were also one of the weakest.

Nevertheless, until the economic and health development warrant a rate Fed hike next year, Dollar will likely continue to follow an inverse path with risk appetite. We’re not seeing stocks in long term correction for now, but just a medium term correction. Hence, while the near term strength in the greenback was solidified, current rally is still seen as just part of the medium term consolidations.

FOMC turned out to be much hawkish than expected

FOMC rate projection last week turned out to be much hawkish than expected. Fed now forecasts two rate hikes in 2023. Further than that, 7 of 18 policymakers had indeed penciled in one or two hikes in 2022. With a little strong growth and inflation data in the rest of the year, the tide could easily tilt towards a hike just next year. The development prompted strong rally in Dollar, and steep selloff in stocks towards the end of the week.

DOW in medium term correction after worst week of the year

DOW had the worst week of the year and hawkish Fed prompted steep selloff towards the end of the week. The break of 55 day EMA, medium term channel support, and 33473.80 support all suggested that 35091.56 is a medium term top. It’s now in correction to rise from 26143.77, targeting 38.2% retracement at 31673.50. We’d expect strong support from there to bring rebound to extend the pattern. 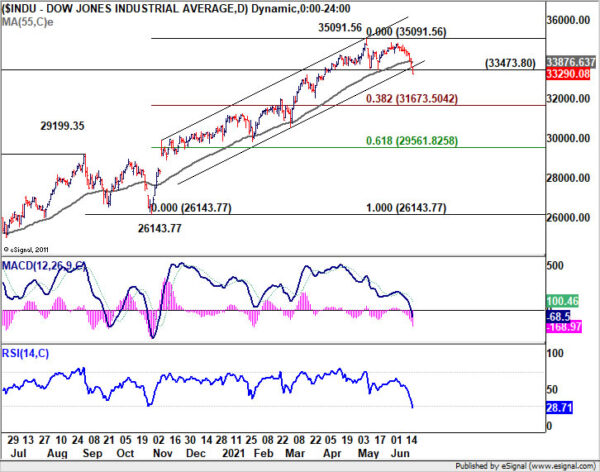 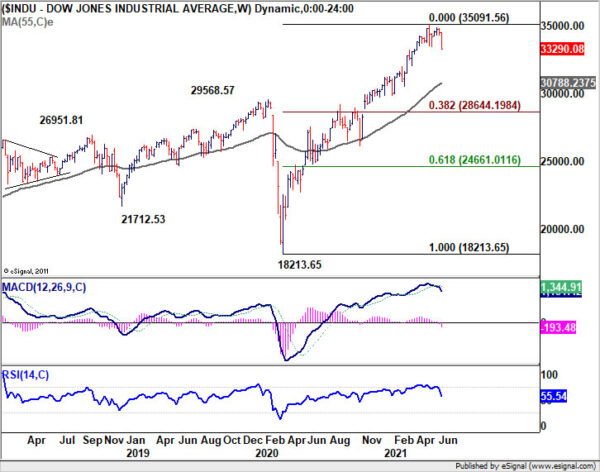 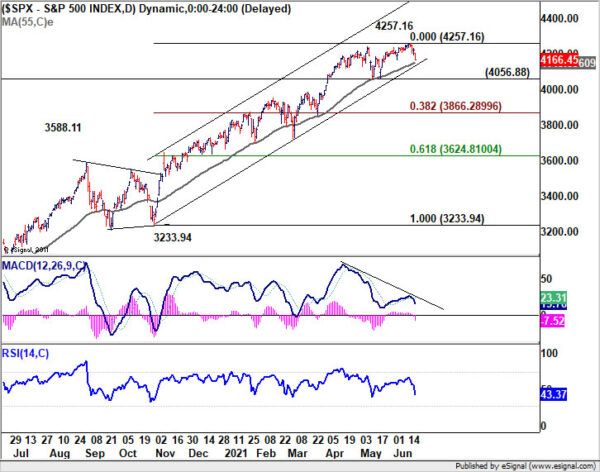 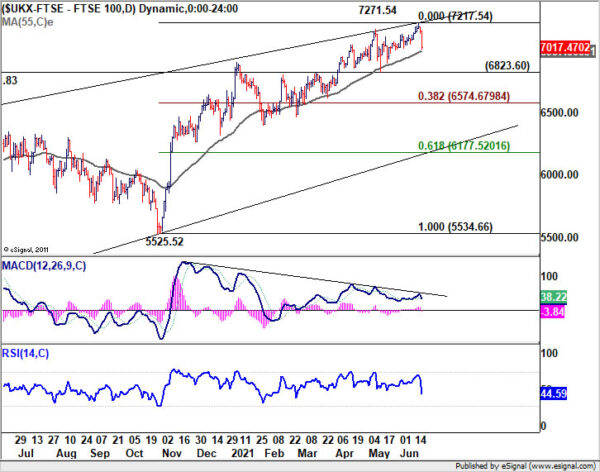 US 10-year yield’s rebound attempt was capped by 55 day EMA last week as corrective pattern from 1.765 extends. Deeper decline remains mildly in favor as long as this 55 day EMA holds. TNX would gyrate towards 38.2% retracement of 0.504 to 1.765 at 1.283. We’d expect strong support from there to bring rebound, the extend the corrective pattern, or resume the medium term up trend. 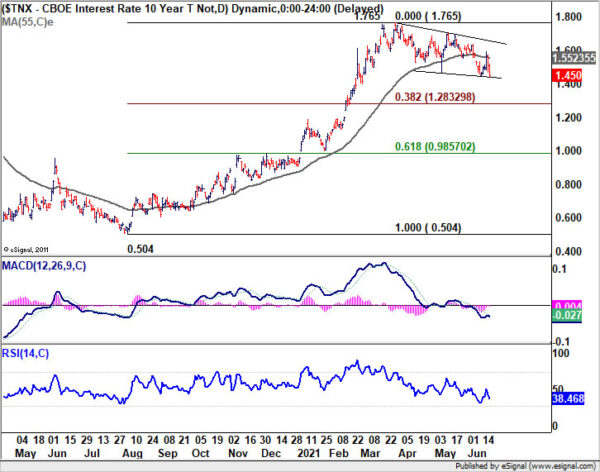 DXY in third leg of consolidation pattern, targeting 93.43 and above. 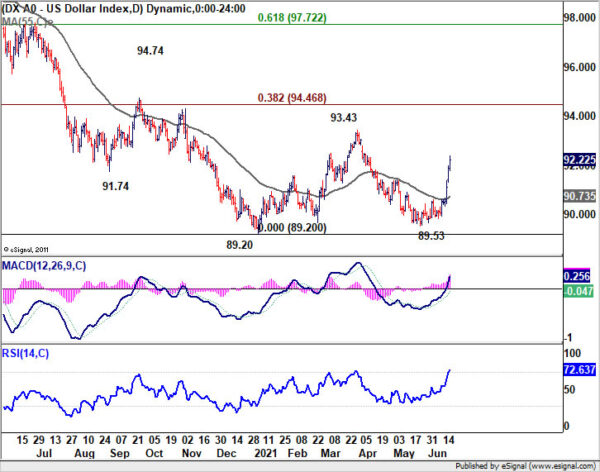 However, we’d also like to point out a less favored, more bullish scenario. That is, fall from 102.99 is the third leg of the sideway pattern from 103.82, which could have completed at 89.20 after hitting 88.25. Sustained break of 94.46 would suggest that that DXY is at least in another rising leg of the pattern, and should target 61.8% retracement at 97.72 and above. We’re not expecting this to be the case for the near term, unless we’re seeing some very bearish development in stocks, or one-sided breakout in yields. 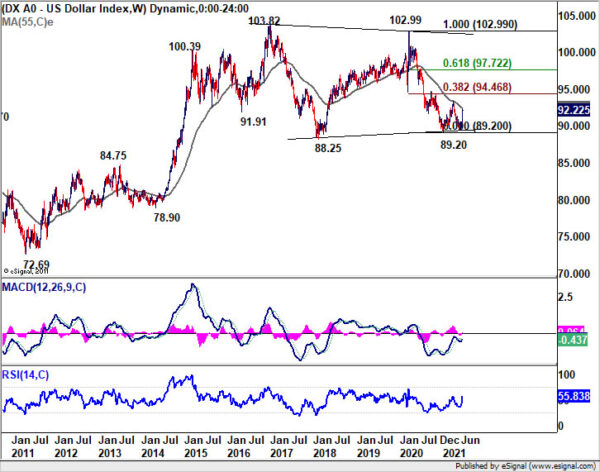 Gold also suffered steep selloff on broad based Dollar strength last week. The development dampened our original bullish view, and suggests that correction from 2074.84 is still in progress, with fall from 1916.30 as the third leg. Based on current downside momentum, deeper fall should be seen to 1676.65 support. 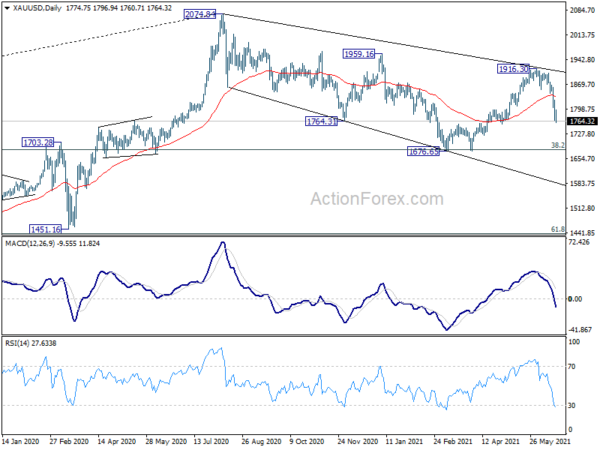 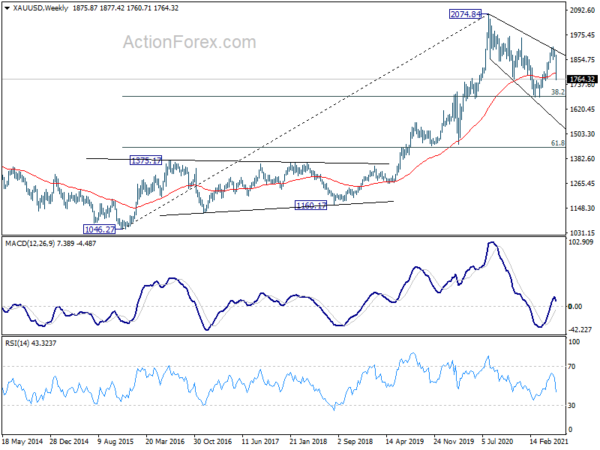 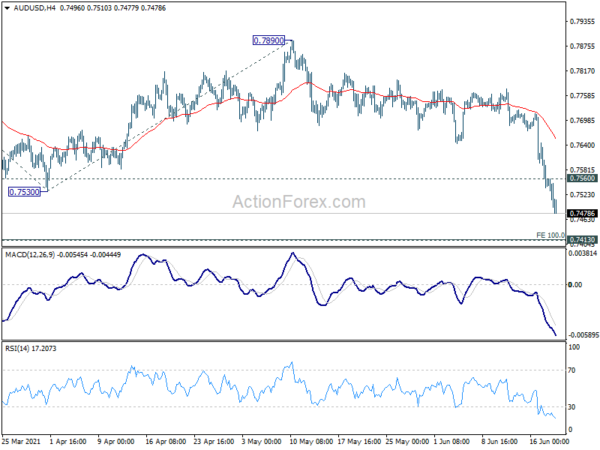 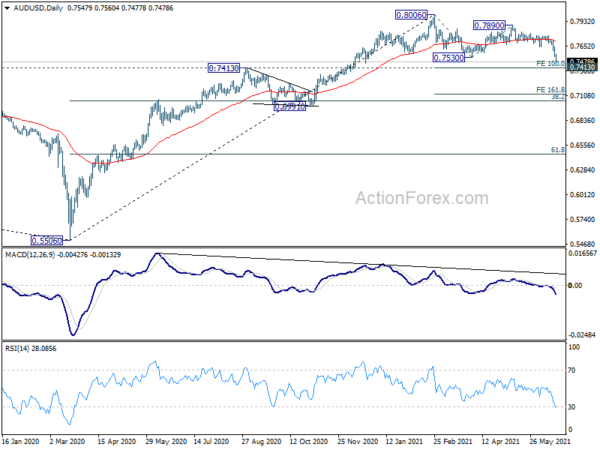 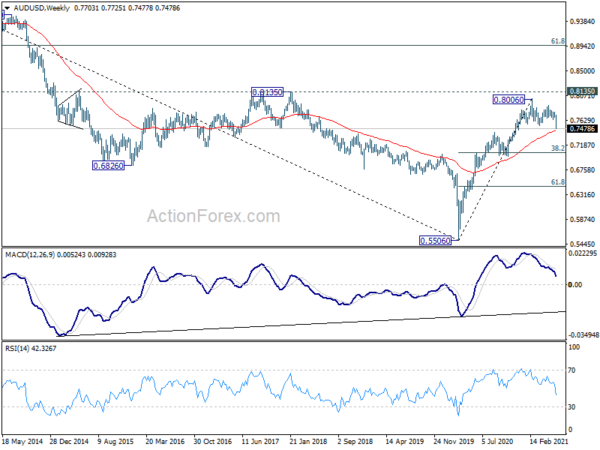 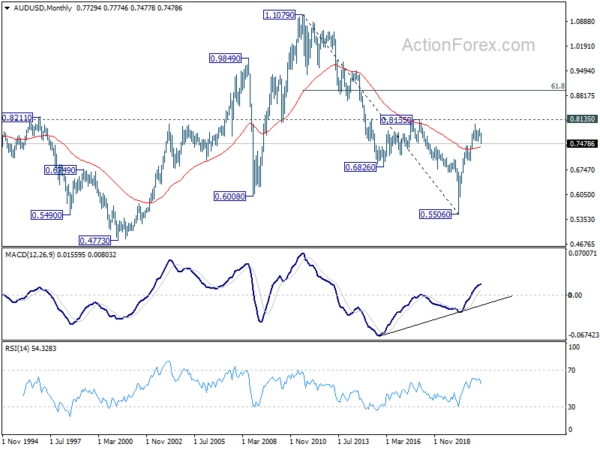