Yen surged broadly last week and ended as the strongest one as partly driven by flattening yield curve, and partly by global risk aversion. Selloff in oil was one of the major factors driving equities down. Euro and Swiss Franc followed Yen with the common currency supported solidly by strong German GDP. On the other hand, commodity currencies ended as the weakest ones. In particular, data from Australia suggested that RBA would stay on hold for longer than originally expected. Meanwhile, inflation data from Canada argued that BoC won’t rush into another rate hike. News from US were mixed. On the positive side, a big step was made with passage of the tax bill in House. On the negative side, the real challenges lie in Senate where Republicans only have a slim majority. And, efforts to reconcile the bills of both chambers are huge. Also, there are concerns of political instability as Special Counsel Robert Mueller’s Russian probe is getting closer to US President Donald Trump. But so far, US financial markets have displayed much more resilience than others.

DOW maintained bullishness by rebound from 23251

10 year yield also dipped sharply during the week but it managed to draw support from 55 day EMA now at 2.302. Also with 2.273 support intact, outlook remains bullish. Rise from 2.034 low is still expected to resume later through 2.475 to retest 2.621 key resistance. However, firm break of 2.273 will argue that rebound from 2.034 has completed. And, the corrective pattern from 2.621 is extending with another fall back towards 2.034 low.

Dollar index also suffered steep selling as Dollar was heavily pressured against both Euro and Yen. But for the moment, it’s still holding on to 93.47 key near term support. And near term outlook remains bullish for another rise through 95.15 to 38.2% retracement of 103.82 to 91.01 at 95.90 and above. However, firm break of 93.47 will turn near term outlook bullish and should at least target a retest on 91.01 low.

Judging from the above charts, while Dollar was down, it isn’t out yet even though the bullish outlook now looks a bit shaky. Looking at the pairs, EUR/USD led the way in bullish reversal as fall from 1.2091 should have completed at 1.1553. More upside would be likely in EUR/USD for retesting 1.2091. USD/JPY will be testing 111.64 key support this week. A strong rebound from there would retain bullishness. However, break will open up deeper fall back to 110 and possibly below. USDCHF’s fall from 1.0037 looks corrective so far and is held above 0.9835 support. USD/CHF stays bullish. GBP/USD stayed in range of 1.3026/3337 and the decline from 1.3651 is still in favor to resume after the consolidation completes.

The developments with the tax bill in Senate will be a key to US markets as well as the greenback. The vote could be delayed to the week after thanksgiving. Passage of the tax bill will give the greenback a relief rally and then comes the negotiations between House and Senate. Meanwhile the Russian probe might occasionally give Dollar some jitters. But in the end, the impacts should be temporary. It seems that after nearly a year working with Trump, the Republicans have found a way. That is, carry on business as usual, ignore him, disregarding his tweets and the provocations to other Republicans. With or without Trump, the Republicans will work on the tax bill. 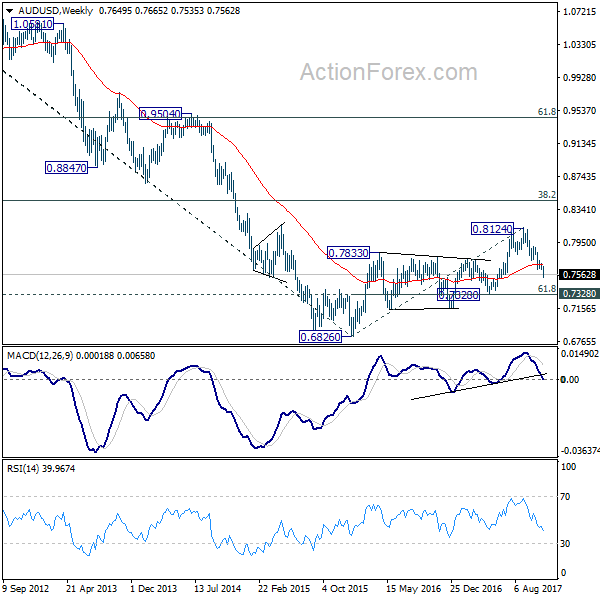 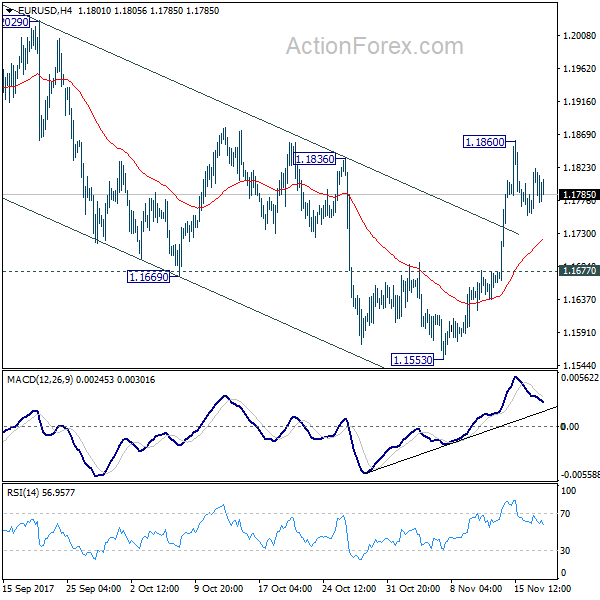 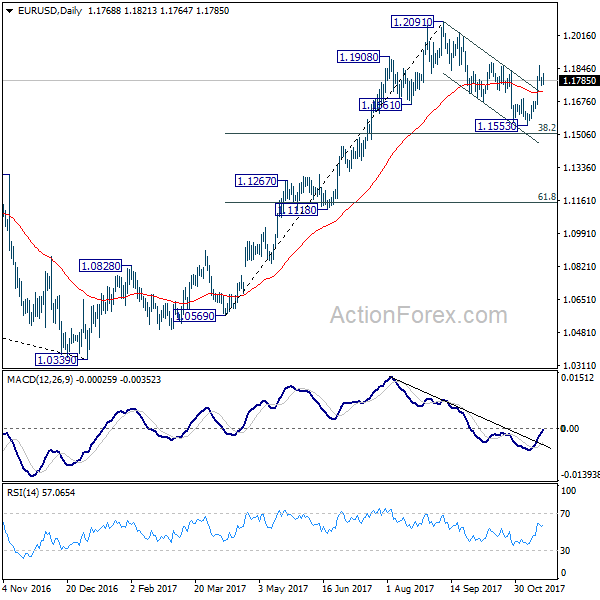 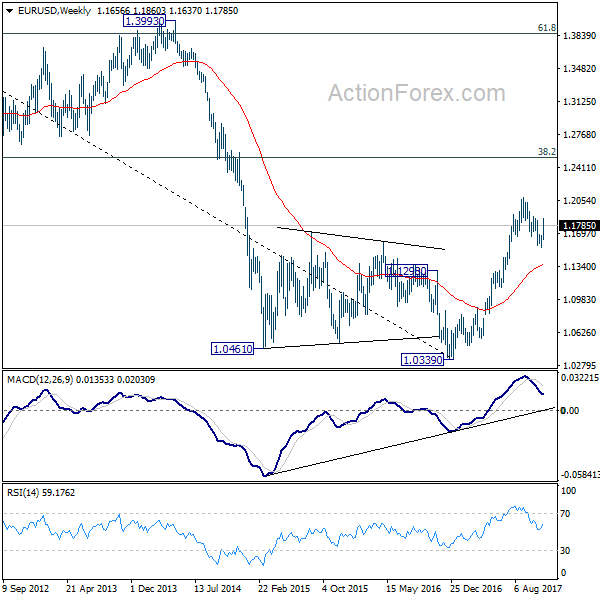 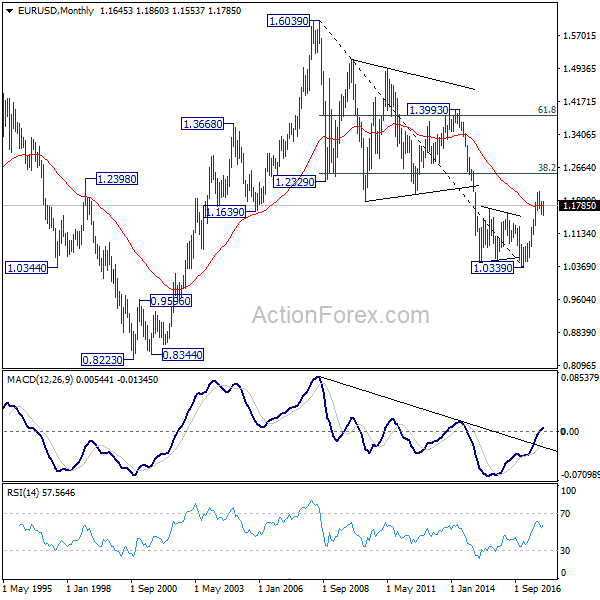