Despite recovery, crude oil prices are prone to record the first decline in 3 weeks. The sharp selloff earlier in the week is a result of a confluence of factors including resurgence of the pandemic in the US and China, China’s economic slowdown and OPEC+’s plan to increase output. 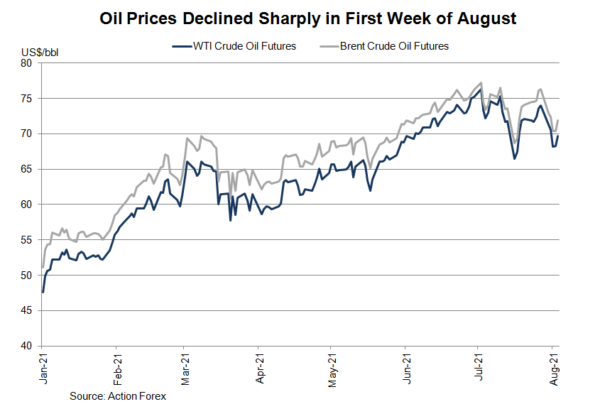 The rapid spread of the delta variant has raised the uncertainty of global economic recovery. In the US, the world’s largest oil consumer, the number of new coronavirus cases has hit a 6-month high with over 100K infections on Wednesday. The 7-day average, at about 95K, represents a 5-fold increase from a month ago. On the dataflow, the ADP report showed that the number of payrolls increased only +330K in July, greatly missing consensus of +680K addition. The attention is now turned to Friday’s nonfarm payrolls which probably gained +700K last month. A reading below this one could lead to more risk aversion and further correction in oil prices. The surprising increase in US crude oil inventory only added to worries. Stockpile gained +3.63M bpd in the week ended July 30, compared with consensus of a -3.1M bpd decline. Yet, the inventory level remains the lowest since February 2020. A longer timeframe is needed to reflect demand/supply situation of the US. 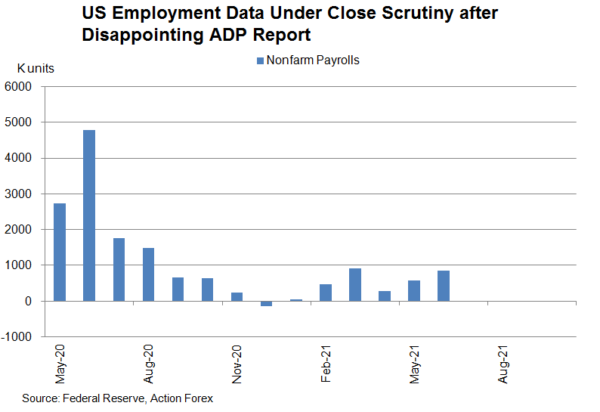 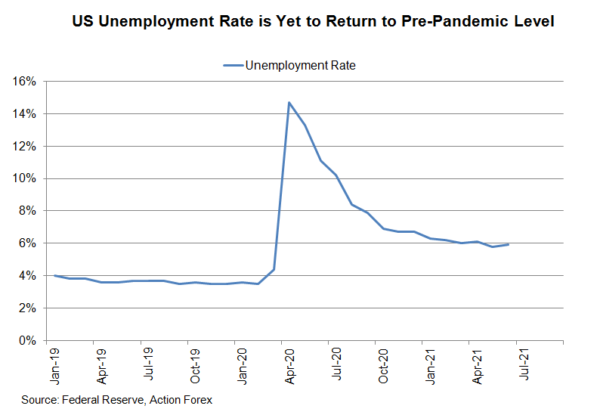 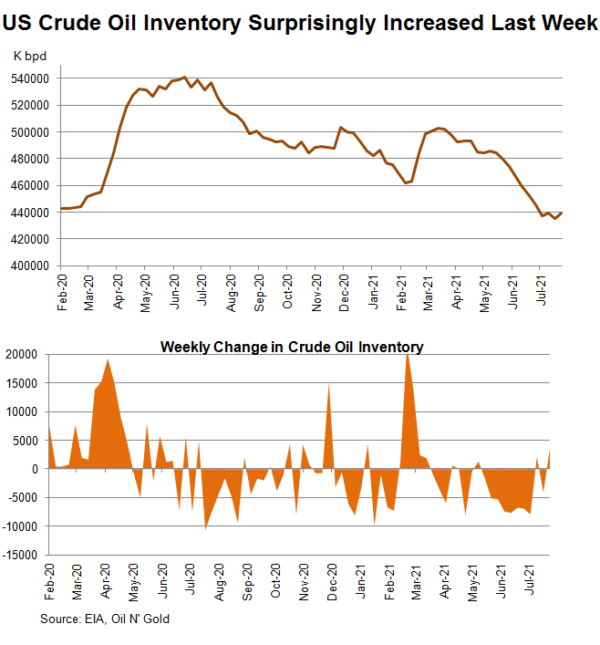 The latest outbreak in China, the second largest oil consumer, has already spread to more than 20 cities and nearly half of the country’s 32 provinces, triggering new restrictive measures (including restriction of individual movements, and cancellation of inbound and outbound flights) in the country. Wang Lining, a researcher with China National Petroleum Corp’s Economics and Technology Research Institute, noted that “this round of infection could potentially wipe out 5% of short-term oil demand”. The actual impact remains unknown as it depends on the infection rate and the duration of the resurgence.

China’s growth momentum decelerated in 2Q21. GDP growth eased to +7.9% y/y in 2Q21, from +18.3%. Notwithstanding the strong base, the growth actually missed consensus of +8.1%. Separately, industrial production expanded +8.3% y/y in June, easing from +8.8% a month ago while retail sales grew +12.1 % y/y, easing slightly from +12.4% in May. The slowdown in fixed asset investments was the most remarkable. Growth eased to +12.6% y/y in the first half of the year, compared with +15.4% in the first 5 months. The latest round of outbreak will also inevitably add pressure to China’s slowing economic activities.

Notwithstanding demand constraint, OPEC+ decided to move ahead with more output. In mid-July, OPEC+ reached a deal which allows the alliance to pump more crude to the market. The alliance agreed to trim production cuts by 0.4M bpd per month starting in August, amounting to a 2M bpd total increase by the end of the year. The deal also extends the OPEC+ supply management pact to the end of 2022, from its previous expiry of April 2022. It is anticipated that all output cut will be removed by September 2022.