Renminbi has been range-bounded against the US dollar since June. Traders in the Chinese currency has turned cautious after People’s Bank of China (PBOC) surprisingly reduced the reserve requirement ratio earlier this month. The move was contrary to the broad theme of monetary policy normalization in major central banks (e.g. FOMC, BOE, BOC, etc). The slowdown in the second quarter GDP growth data suggests that PBOC’s easing was warranted. It has also raised speculations of more cuts in 4Q21. 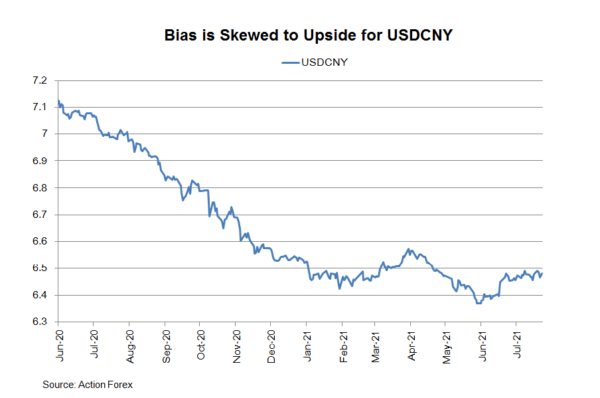 Earlier this month, PBOC cut the broad RRR by -50 bps, effective July 15. Expected to release around RMB 1 trillion liquidity, the central bank noted that the move aimed at helping small to medium sized firms. It affirmed the prudent and stable monetary policy stance. We believe this was an insurance cut to prevent deterioration in the country’s growth. We expect further RRR cut later in the year. 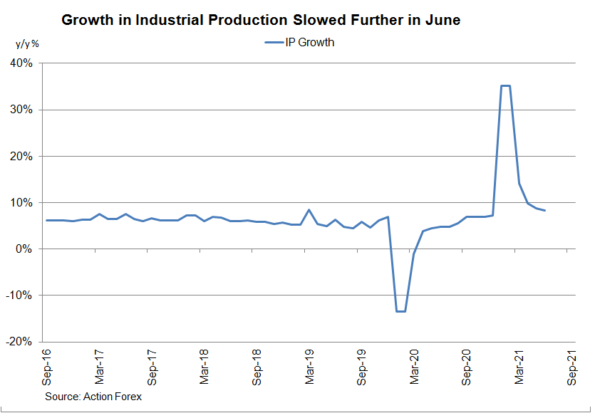 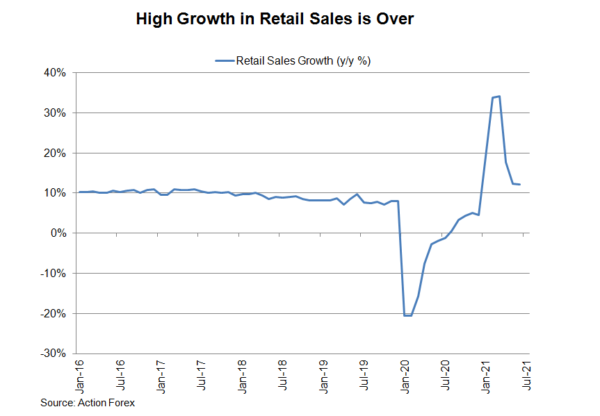 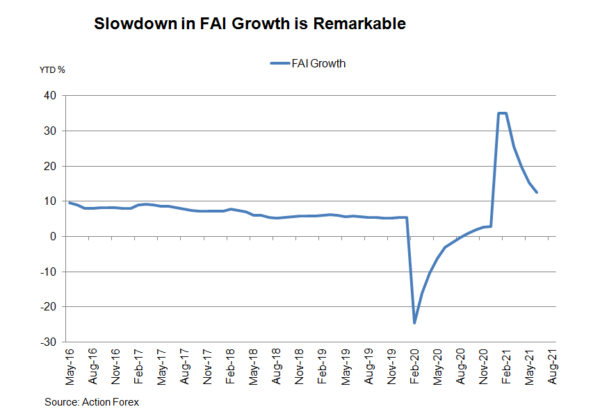 Weaker than expected economic data released a week after suggested that RRR cut was warranted. Recall that GDP growth eased to +7.9% y/y in 2Q21, from +18.3%. Notwithstanding the strong base, the growth actually missed consensus of +8.1%. Important monthly data all showed moderation in growth, although better than expectations. Industrial production expanded +8.3% y/y in June, easing from +8.8% a month ago. This, however, exceeded consensus of +7.8%. Retail sales grew +12.1 % y/y, easing slightly from +12.4% in May. The slowdown in fixed asset investments was the most remarkable. Growth eased to +12.6% y/y in the first half of the year, compared with +15.4% in the first 5 months.

Besides RRR, the loan prime rate (LPR) is PBOC’s another policy tool. It, however, left the one-year LPR unchanged at 3.85% on July 20. This is neither surprising nor implies contradiction to the RRR cut policy. Unlike other major central banks, PBOC considers RRR as one of the most important tools to influence market liquidity. It usually adjusts RRR first as it seeks to tighten or loosen market liquidity.

The surprising RRR cut in July and the weaker-than-expected GDP growth data in 2Q21 have raised speculations that PBOC would ease further later this year. Slowdown in China’s inflation has also given the central bank more room to add stimulus. This comes contrary to the theme of monetary policy normalization in other major central banks. In particular, the market expects the Fed to offer more clues about QE tapering at next week’s meeting. As such, the outlook of USDCNY is tilted to the upside. 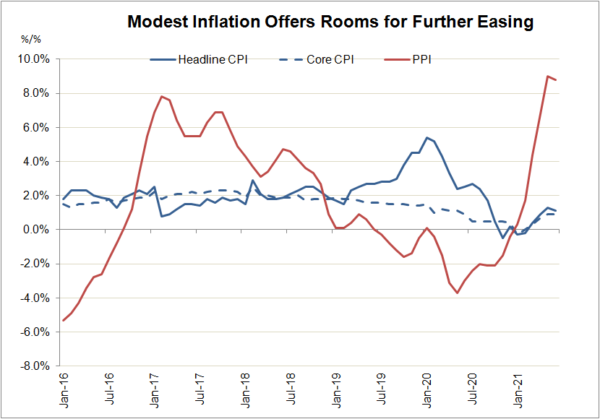