Global stocks continue to ride the wave of optimism that trade talks between China and the US are getting closer to a framework agreement.  The dollar maintained a strong footing, mainly on the weakness of the euro and Treasury yields continued to climb higher after the US CPI report signaled inflation remains subdued.

US inflation is unlikely to steal headlines today as it remained steady for a third consecutive month and reemphasizes the view that the Fed is likely to do nothing for a very long time.  Interest rate expectations following the release show that for the December meeting a rate cut is 19.9% likely, while a rate hike is seen at only 7.1%. 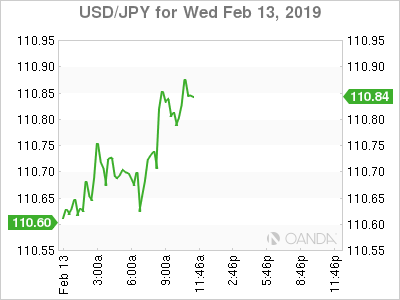 Last night, the New Zealand Central Bank (RBNZ) Governor reiterated that the chance of rate cut has not increased and that the central bank sees rates at current level through 2019 and 2020.  The RBNZ did lower their forecast for rates in December 2020, from 2.0% to 1.84% and if the they continue to see GDP stabilize and global risks ease, they could signal in the middle of the year they will end their easing cycle and move rates next year above the record low of 1.75%. 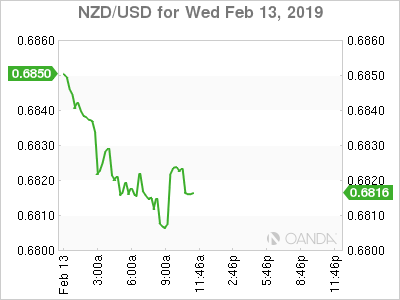 Europe appears to be the weakest of the advanced economies and the continued sluggishness in the industrial sector will add to concerns that the 19-country eurozone recession risks will rise.  The annual rate of industrial production came in worst than expected at -4.2%, the poorest reading since the financial crisis.

With the most important cog, Germany also showing signs of weakness, we could very well see expectations dwindle for the ECB to deliver that rate hike until next year.  Tomorrow, Germany is expected to avoid a technical recession with the quarterly reading rising from -0.2% to +0.1%.  A big miss from Germany could signal more red flags for the eurozone and help sink the euro even further. 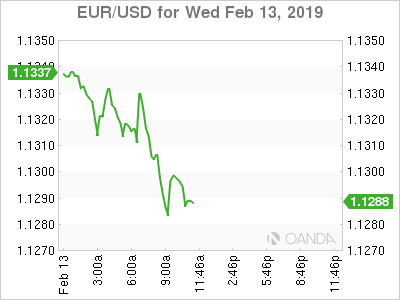 Teva shares got slammed after their guidance for 2019 widely missed analysts’ expectations.  The Israeli specialty pharmaceutical company also forecasted a return to growth in 2020, not 2019. Teva noted they continue to expect 2019 to be a “trough” year for business.  They will also close 11 manufacturing facilities in 2019.

Crude prices remained bid following the general theme of optimism in the financial markets.  Yesterday’s news that Saudi Arabia would over deliver on their crude production cuts continued to help to ease oversupply concerns.  Despite today’s rise, oil remains vulnerable and may not see another push higher if we do not see the dollar have a strong pullback here. 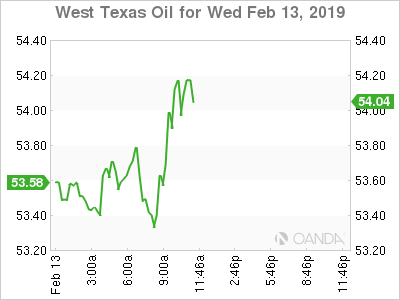