Global stock markets are all green as a surprising rebound from China and progressive trade deal signs prompted a strong risk-on start to the trading week. The positive tone also saw global yields firm up with the 10-year Treasury note and German bund both rallying over 3 basis points. Today’s move in yields also took the 10-year Treasury and 3-month bill spread out of inversion territory.

The euro held steady despite dismal final German manufacturing data and eurozone inflation falling to an 11-month low. The better than expected manufacturing data out of China, first expansion since October, helped balance out the negative news flow from Europe.

Germany remains the posterchild victim of the global trade war and the March manufacturing reading showed the 3rd straight contraction and worst print since end of 2012. Markets may have mispriced how weak Germany has become, but that may not matter if the US and China are able to forge ahead with a trade deal in the coming months. Any major setback in trade talks, could be the straw that break’s Germany’s back into a recession. 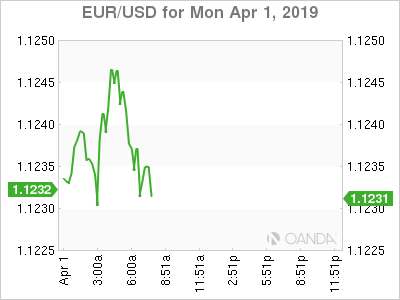 Turkish votes show dissatisfaction with President Erdogan, in what was the first round of voting following last year’s transition from a Parliamentary system to a Presidential one. Erdgoan appears to poised to lose local elections in Ankara and possibly in Istanbul. Regardless of the final tally in Instanbul, Erdogan will need to deliver economic reforms. He will have four years until Turks return to the poll.

Turkey stole the headlines last week, after authorities prevented investors from shorting the lira last week. Such measures are risks one deals with when dealing with emerging market currencies. As countries tries to defend their respective currencies from short-selling, the longer-term effect is they could permanently scare away investors. 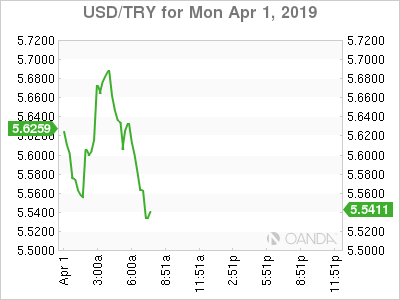 A second attempt of alternative Brexit options will be voted on in Parliament, with hopes to see finally agree upon something. The March 27th round of indicative votes saw none of the eight options receive a majority but did see narrow defeats on getting a customs union with the EU and a referendum on any deal.

Today, the House of Commons will debate a plethora of options with many focused on a customs union and single market options. The customs union option lost by six votes last time, but that would result in the UK losing control of independent trade policy. And if PM May decides to move forward with that policy, she will split her party.

11 days away from crashing out mean the British pound risks should go up as Parliament remains deadlocked. The market remains firmly convinced that the UK will not leave the EU without a deal, so we would should not be surprised if we finally see some repricing here. 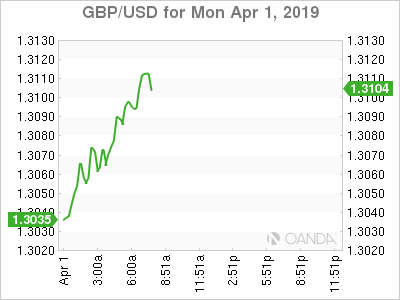 West Texas Intermediate crude’s rally keeps on going as the dollar fell and risk assets rallied following a better than expected rebound in China. China’s manufacturing PMI posted its biggest rise since 2012, a possible sign that sentiment is stabilizing.

Positive steps in the trade war between China and the US are also supporting oil prices. China’s Ministry of Finance noted China will continue suspending tariffs on US autos and auto parts. Trade talks will resume on Wednesday, when China’s trade delegation will arrive in Washington. 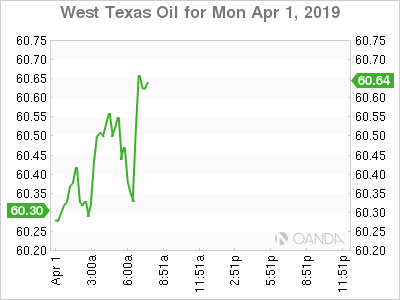 Gold prices are softer on the day, despite a falling dollar as investors focus on the rebound with global bond yields. The precious metal in 2019 has seen most of its gains capped on China-US trade deal optimism. Continued upside surprises with Chinese data and progressive trade talks continue to prevent gold from breaking out higher. 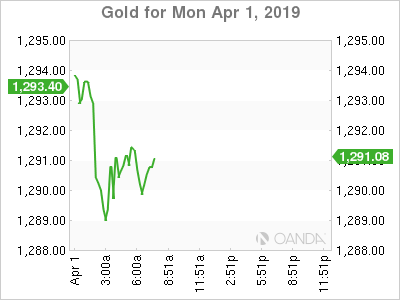