Global equities are higher across the board on trade optimism and after Beijing announced that local governments will have looser spending rules.  Investors are shrugging off President Trump’s latest threat of immediate tariffs of 25% or much higher on a further $300 billion of Chinese goods if Xi does not attend the G20 at the end of the month.  Trump appears to be shooting from the hip and it seems like more posturing ahead of the G20.   Treasuries continue to stabilize this month as the 10-year yield hovers around the 2.157% level.  Core European bonds also firming up as yield on the 10-year German bund steadies around -0.224%.

Asian equities especially benefited from Beijing’s news local governments can loosen spending rules.  The lifting of restrictions on spending of proceed from bond sales and help for banks to deliver loans.  The infrastructure boost helped take the Shanghai Composite Index 2.6% higher today, but still remains over 10% lower from the April highs.

Trade war escalation remains the primary deterrent for global equities and despite increased efforts from the PBOC and possible cuts coming from the Fed, higher stock prices will require to see a de-escalation in tariffs to come out of the sideline conversations held at the G20.

Via twitter, President Trump reiterated his stance that the Fed should cut rates and was critical on the quantitative tightening.  Trump highlighted the euro and other currencies are devalued against the dollar.  Economists for the most part are now agreeing with Trump that the Fed should cut rates after the policy mistakes that surrounded the last hike delivered at the end of the year.

The US producer price readings came in mostly in line with expectations highlighting that inflation remains muted and supporting the markets pricing in of Fed rate cut bets.  Inflation is going nowhere and rate cuts should be delivered as long as we don’t see any surprise upticks with inflation.

Hong Kong could lose a lot of business if the government implements a plan that would allow extraditions to mainland China.  Protestors are deeply worried that Hong Kong will be folded into Mainland China.  The Legislative Council will debate the proposed changes, but many are fearful this could spell the erosion of civil liberties.  China is encroaching on Hong Kong’s rule of law and if that gets eroded, we will see rigid authoritarianism prevail for President Xi. 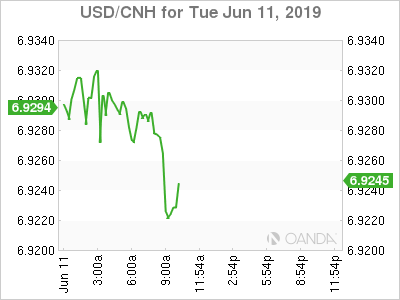 The eurozone gauge for investor confidence fell 8 points to -3.3 points in May.  The German component saw their index fall back into negative territory for the first time since March 2010, keeping recession concerns on high alert.  The report offered little optimism unless we see an end to the cold trade war between the US and China. 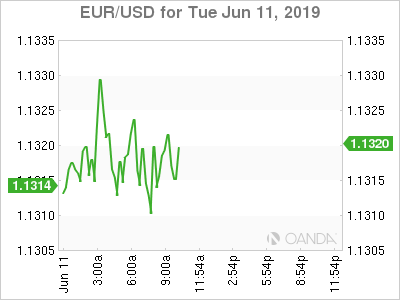 OPEC and allies are also struggling on agreeing on a date when to meet.  The proposed dates in early July are being met by resistance from the Iranians.  One energy correspondent noted that OPEC is considering keeping their meeting in June and switching the non-OPEC meeting to July. 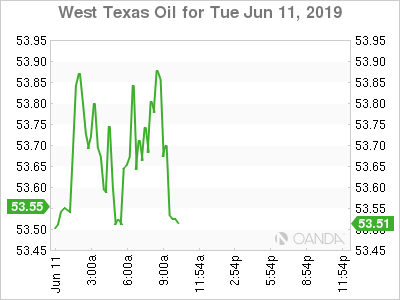 Gold prices continue to pullback as risk appetite reigns supreme.  The yellow metal however should still see support as no major updates on the trade front are expected until the G20 summit at the end of the month. 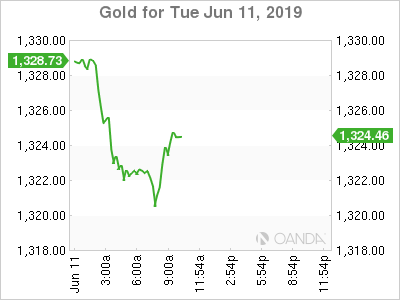