US stocks are set to rise in early trade as the US appears set to delay more Chinese tariffs. US Treasury Secretary Steven Mnuchin reiterated that the US-China deal is 90% complete in a CNBC interview which delivered an optimistic tone. Markets are also bid because the tensions between the US and Iran seem poised to be a war of words and not a full-blown military conflict. Iran President Rouhani said that if they keep getting tested they will not get to the negotiating table. Tensions in the Middle East appear to be going nowhere anytime soon, with risks for further tanker attacks, non-US assets seem likely.

Positioning ahead of the G20 summit meeting between Trump and Xi could see investors want skin in the game ahead of what many feel could yield a very positive outcome. A reset of talks is likely becoming the base case scenario and if we see a timeline put in place, we could see equities resume the march to uncharted territory.

The S&P 500 futures are up 0.5% while the Nasdaq is higher by 0.7%. The dollar is softer to the commodity currencies and unchanged against the euro. 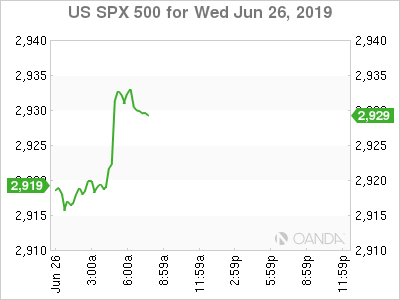 Bank of England Governor Mark Carney testimony before Parliament’s Treasury Committee on the May Inflation Report highlighted that the risks for no-deal have risen. He reiterated that the BOE is more likely to provide stimulus if we see a no-deal.

Carney’s comments did not deliver any new insights, just further proof the BOE will wait to see how Brexit unfolds before doing anything substantial.

The British pound is slightly higher against the dollar. 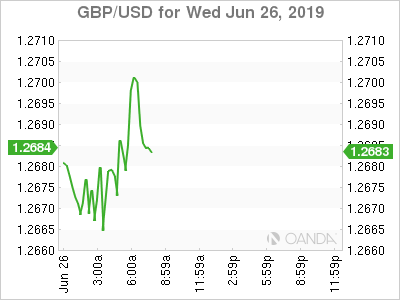