A robust update but participation hit a new record high at the same time. So while the employment growth continues to outperform expectations the unemployment rate is very sticky around 5.2%. As such, it is hard to see unemployment getting below 5% any time soon, let alone getting down the RBA’s natural rate of 4.5%.

Westpac is forecasting the unemployment rate to rise from here on the back of a soft patch in employment.

This update gives us comfort that the RBA will opt to wait-and-see at the September Board meeting and leave the cash rate unchanged.

The July Labour Force Survey reported a 41.1k gain in employment. As we head into the second half of the year, employment remains quite robust with a three month average gain of 28k in July, unchanged from June and slightly down from 35k in May. 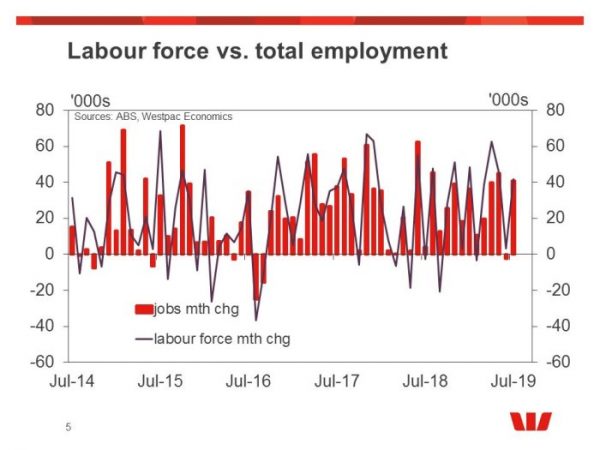 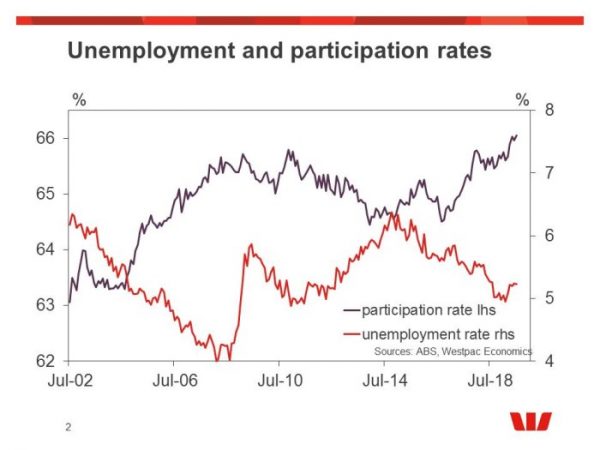 In the year to July, employment has grown 333k or 2.6%. The pace of employment growth has eased back from 2.9%yr in May but it is still stronger than the 2.2%yr at the end of 2018, while the six month annualised pace has was flat at 2.4%yr. Our Jobs Index suggests employment should be growing around 2.4%yr currently before slowing to 2.1%yr through Q4. 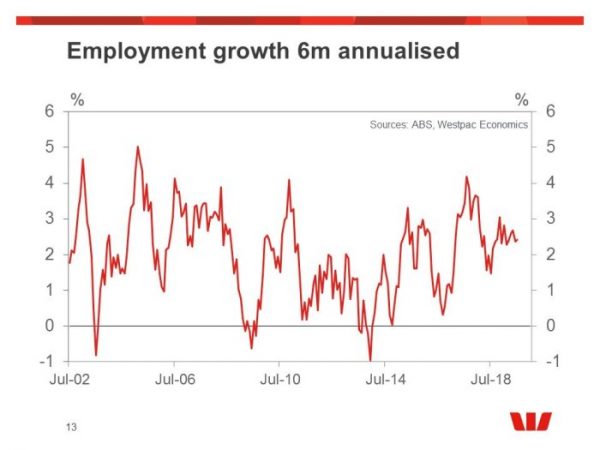 We think it is worth noting that June employment was revised to –2.3k from +0.5k with June now recording the first negative print on employment in three years. 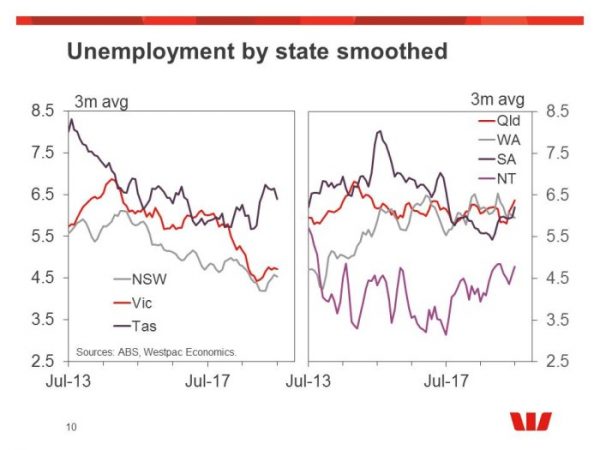 In June we were surprised by the drop in underemployment (those employed who are willing and able to work more hours) which fell 0.4ppts to 8.2%. Underemployment did not improve as much as unemployment through 2018 and had recently been trending higher compared to the unemployment rate. But in July, underemployment bumped back up to 8.4%, still down on the 8.6% in May but it did help to lock in a stronger trend. 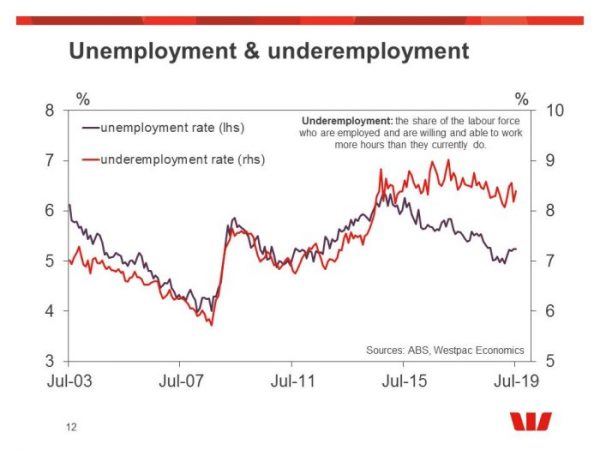 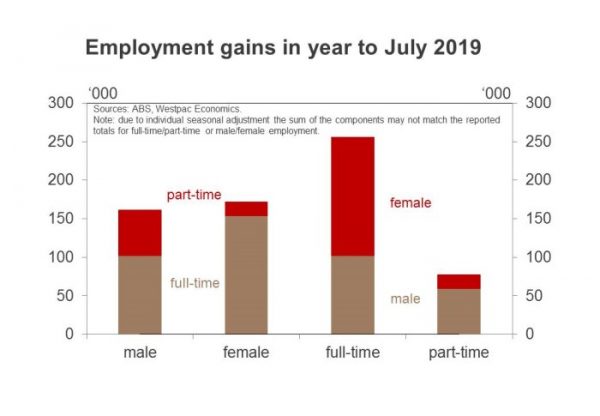 Employment growth has held together and has been quite robust so far in 2019 with the July update suggesting the pace of growth may be picking up — somewhat unexpectedly given the softening leading indicators. Unemployment is flat around 5.2% but underemployment is drifting higher as the employment to population ratio has held around 62.5% to 62.6% since April highlighting that the gains in employment have only been pacing the gains in working age population. 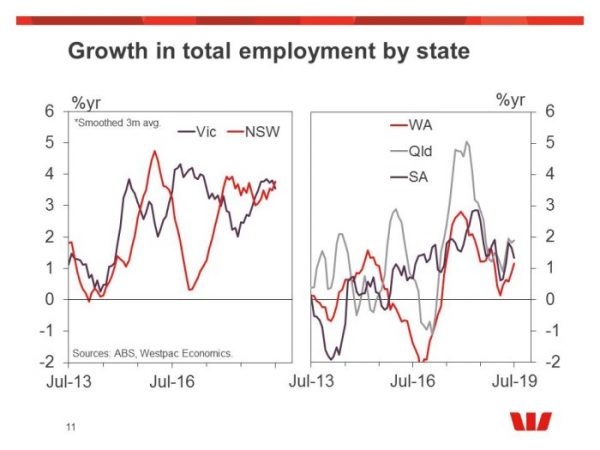 Since December the unemployment rate has risen 0.1ppt in NSW to 4.4% (the national low), +0.6ppt in Victoria to 4.8% with a smaller 0.3ppt in Queensland at 6.4% but a solid 0.9ppt lift in SA to 6.9%, the highest unemployment rate in Australia. The only state to record a decline in unemployment from December is WA where it fell –0.4ppt to 5.9% which is still above the national average.

US Dollar In Tight Range Ahead Of US Retail Sales Data