Data showed that in the UK, number of unemployment benefits claimants increased by 14.9K in December, less than market anticipations. Number of unemployment benefits claimants had recorded a revised similar gain in the prior month. Additionally, average earnings including bonus advanced 3.2% on an annual basis in the September-November 2019 period, more than market anticipations. In the August-October 2019 period, average earnings including bonus had registered a similar rise. Further, the ILO unemployment rate remained unchanged at 3.8% in the September-November 2019 period, in line with market expectations and marking its lowest since early 1975.

Ahead in the day, traders will keep an eye on UK’s public sector net borrowing for December and the CBI industrial trends survey for January, for further direction.

The currency pair is trading between its 20 Hr and 50 Hr moving averages. 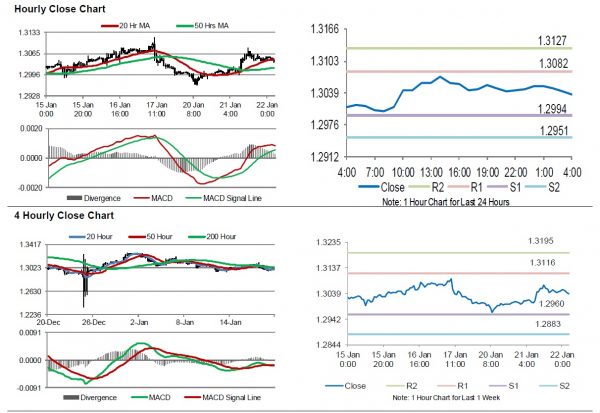 China Is Hopeful Due To he News Of Virus Containment. Waiting For FOMC Protocols