The USD strengthened against some of its counterparts yesterday, as the higher than expected initial jobless claims figure for past week left it unimpressed. According to analysts the release tended to support arguments that the US labor market may still be under the heavy influence of the pandemic. Also, the release is expected to gain further on attention in the following weeks, as investors may want to see at which rate businesses will be rehiring, as they reopen in the US. We may see the rate of rehiring be slow, at least at the beginning, which could delay a possible return to growth for the US economy. Also, we maintain our worries about the extent to which consumer’s habits return to normal, after the reopening of the US economy. Financial data seem to remain bleak in most parts of the world, while fundamentals are not expected to show a substantial shift unless economies start to reopen sooner than later. We expect that safe haven flows could continue to fuel the USD, however today’s financial releases could also be catching the eye of traders. It was characteristic that USD/JPY rose aiming for the 107.75 (R1) resistance line. In its upward movement, the pair broke the downward trendline incepted since the 11th of May, hence we switch our bearish outlook for the pair in favor of a sideways movement, initially. Should the pair come under the selling interest of the market, we could see the pair breaking the 106.60 (S1) support line, heading further south. On the flip side, should the pair’s long positions be favored by the pair, we could see it breaking the 107.75 (R1) resistance line, in search of greener pastures.

GBP briefly touched a 5-week record low against the USD yesterday, as the bearish momentum for the pound seems to continue. Yesterday, at a cabinet meeting, Johnson’s top ministers were updated on the negotiations by UK’s top Brexit negotiator who reportedly stated that the UK was not asking for “anything special, bespoke or unique” in the talks, just a free-trade agreement, as reported by Reuters. After the UK government refused once again to extent the negotiation period with the EU about their post Brexit relationship, our worries for the pound increase, as Brexit risks seem to weigh even more on the sterling. Also, it should be noted that the EU threatens U.K. with a lawsuit over free movement of people and the whole event practically is a reminder of how the UK is still bound by EU rules. The combination of the weak financial data with Brexit risks tends to provide fertile ground for the bears to enter, as the pandemic still has a grip over the UK. It is characteristic that the UK suffers the highest death toll in Europe, while seems to be also delaying a reopening of the economy. We tend to maintain a bearish outlook for the GBP, and also note that more monetary easing is expected by the BoE which could hurt the pound. GBP/USD initially dropped breaking the 1.2200 (S1) support line yet corrected higher afterwards. We maintain our bearish outlook for the pair, as it remains under the spell of the downward trendline incepted since the 8th of May. Should the bears retain control over the pair’s direction, we could see it finally clearly breaking the 1.2200 (S1) support line and aim for the 1.2015 (S2) support level. Should the bulls take over, cable could aim if not break the 1.2400 (R1) resistance line. 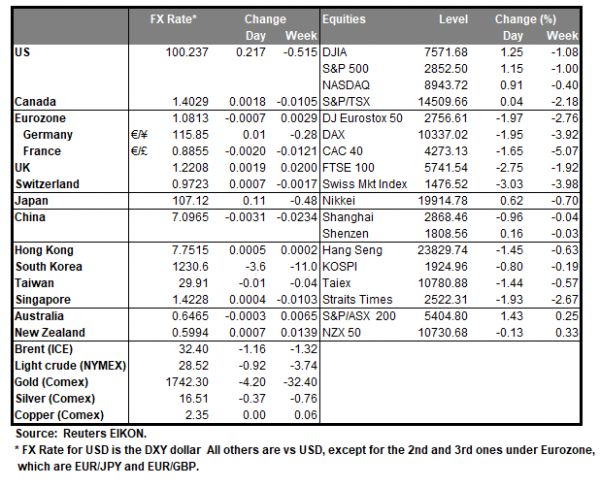 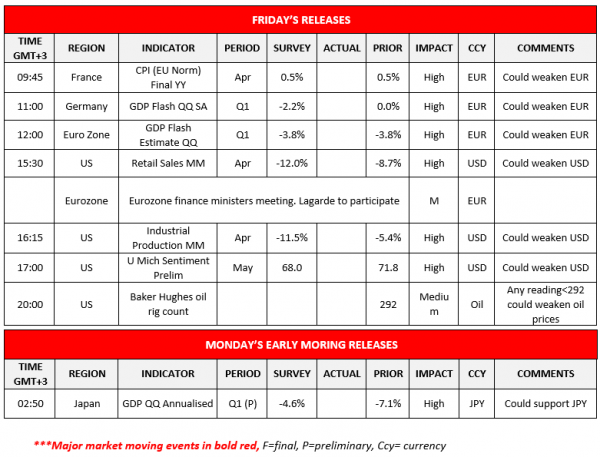 US:  The Non-Manufacturing Sector Expands Again in June

US ISM non-manufacturing rose to 57.1, back in expansion after 2 months of contraction