A lot has changed in the weeks leading into the Bank of Canada’s policy update next Wednesday. But don’t expect any significant shift in the Bank’s commitment to support the economy by keeping interest rates low for an extended period.

The outlook for the second half of 2021 got a big shot in the arm from the news that early vaccines are proving effective, even as the immediate economic backdrop remains challenging. Regulatory approval for the Pfizer/BioNtech vaccine has already been granted in the UK, and is expected to get the same support in the US as early as next week. With Canadian regulatory approval likely not far behind, the Bank’s assumption that vaccinations would ramp up by the summer of 2022 could be moved forward by as much as a full year. What’s more, historically large government support programs are continuing to guard against downside risks to household incomes should a resurgence in infections result in labour markets deteriorating.

Despite these developments, the Bank is unlikely to flag any significant changes to its monetary policy stance. Inflation readings ticked up in October – though they remain below the bank’s target and expectations are contained. And recent advancements aside, the timing of a vaccine rollout remains uncertain. 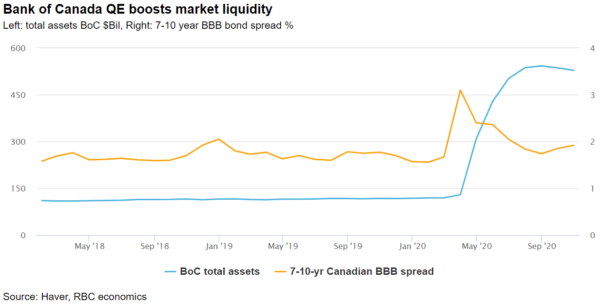 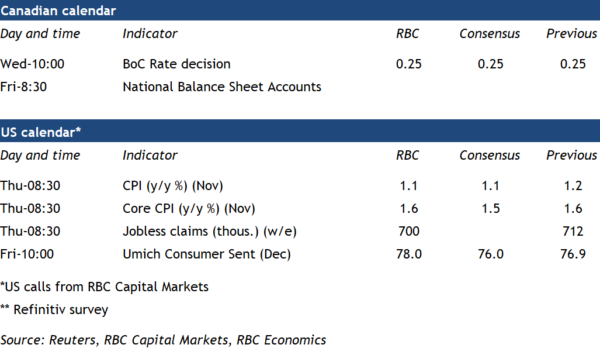