The Australian dollar has posted considerable losses on Tuesday, erasing all of the gains seen on Monday. In European trade, AUD/USD is trading at 0.7703, down 0.76% on the day.

Australian data was positive on Tuesday, highlighted by Manufacturing PMI for April, which rose to 61.7, up from 59.9 points. This wasn’t enough to stem the Aussie’s sharp losses, as investors remain unconvinced that the Fed will keep its foot on the stimulus pedal, given the red-hot US economy. The Fed says that a highly supportive policy is necessary while the economy continues to recover.

On Friday, Fed Governor Robert Kaplan, who is not a voting member, publicly urged the Federal Reserve to have a conversation about tapering its asset-purchase program. If Friday’s nonfarm payroll print breaks the one million mark, the Fed may have to have that conversation sooner rather than later.

The Reserve Bank of Australia held rates at 0.10%, as was widely expected. There was some optimism from the central bank, which raised its economic forecasts. The bank said that it expects GDP to rise 4.75% this year, up from 3.5% in its February forecast. As well, the RBA expects unemployment to fall to 5.0% this year, down from the current rate of 5.6%.

At the same time, the RBA said it would consider extending its USD200 billion QE program into 2022 and did not anticipate raising rates before 2024. RBA Governor Philip Lowe acknowledged that the economic recovery has been faster than expected. Still, the bank signalled that it remains committed to a dovish stance. 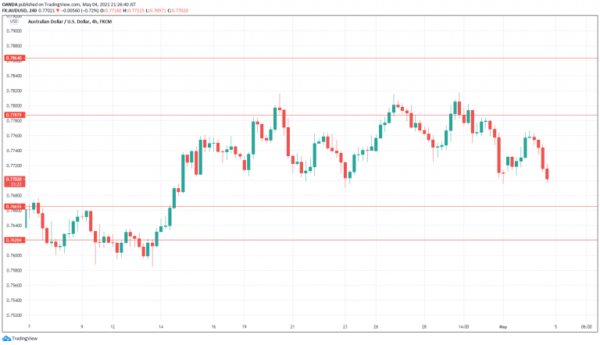