Canada’s headline inflation rate likely rose again in September, to 4.2% year over year—the highest level since 2003. Outside of volatile food and energy products, it probably rose 3.3%. Faster growth in shelter-related expenses likely remained a key driver of price growth alongside higher prices at the pump. Year-over-year rates of increase continue to be influenced by base effects. More worrying though, is the persistence of global supply chain disruptions and elevated business input costs which over time could fuel higher longer-run inflation expectations for households and businesses. The Bank of Canada’s Q3 Business Outlook Survey (BOS) will likely flag improving operating conditions and profitability among businesses between late August to mid-September, as well as higher near-term inflation expectations. Similarly, the Q3 survey of consumer expectations will flag increases in the rate of price growth expected by households.

We expect the BOS survey to focus on the severity of current supply chain issues. These challenges are proving more stubborn than many expected and are likely to continue pushing input costs higher. The BOS is also likely to echo other surveys in flagging labour shortages as a larger issue for businesses than any shortfall in demand. With the economy getting closer to long-run capacity limits (particularly in the industrial sector) and inflation pressures building, the central bank is running out of reasons to keep its foot as firmly on the monetary policy accelerator. We look for policymakers to announce another reduction in asset purchases later this month. 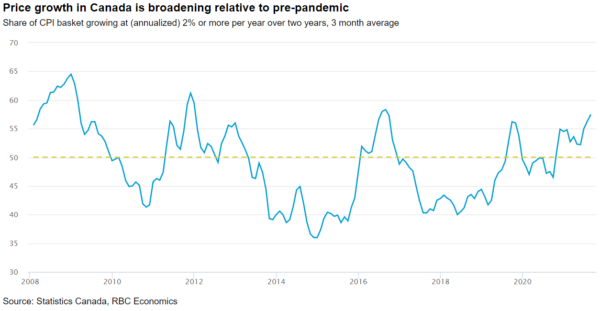 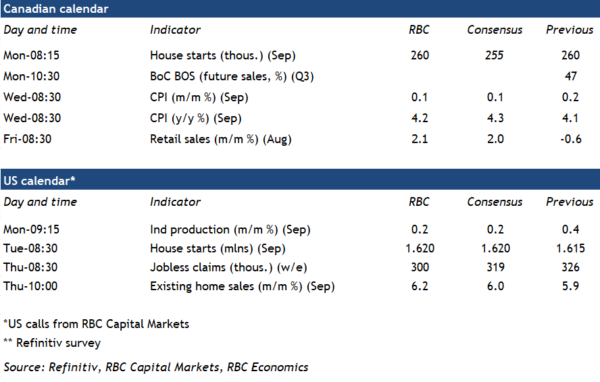