Canadian labour market data for January is expected to weaken substantially. We’re eyeing a 75,000 drop in employment and an uptick in the unemployment rate to 6.4% after COVID-19 restrictions prompted business closures in large parts of the country. Businesses in virtually all industries were reporting acute labour shortages just ahead of the Omicron surge, and are expected to be hesitant to let workers go as quickly as in past virus waves. For sectors unaffected by closures, high rates of absenteeism due to illness and self-isolation will weigh on total hours worked, if not official employment counts. Still, the number of available unemployed workers relative to the number of job postings is already very low—and that will likely still be the case once restrictions are lifted. Health experts are cautiously optimistic about the trajectory of infections in Canada. Overall we do not expect Omicron disruptions to extend significantly beyond the first quarter of 2022.

Coming alongside the employment report will be a somewhat outdated November GDP release. We expect StatCan’s preliminary estimate of a 0.3% increase to be confirmed. Manufacturing, wholesale and retail sales all ticked up in November, with auto production bouncing back at least temporarily from earlier supply chain disruptions. But this strength was partially offset by significant disruptions to transportation activities due to severe flooding in B.C. We expect the early estimate of December GDP growth to be similar to November’s. Our tracking of card transactions showed a large pullback in travel spending due to Omicron in December, but hours worked inched 0.6% higher and the ‘flash’ manufacturing sales estimate showed a 0.8% increase. Overall that should cap off Q4 growth at around 6% annualized, and leave output in 2021 4.6% higher on average than the year before similar to the Bank of Canada’s latest estimate in January. 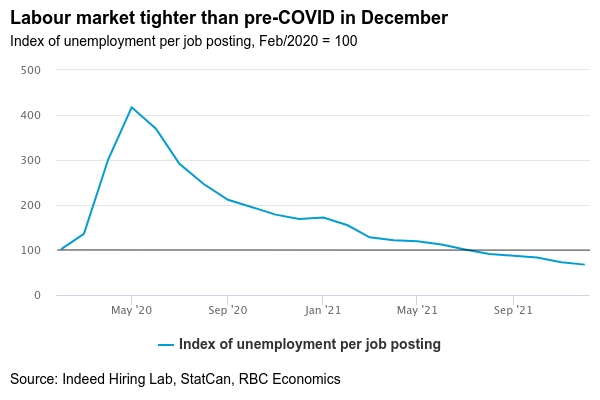 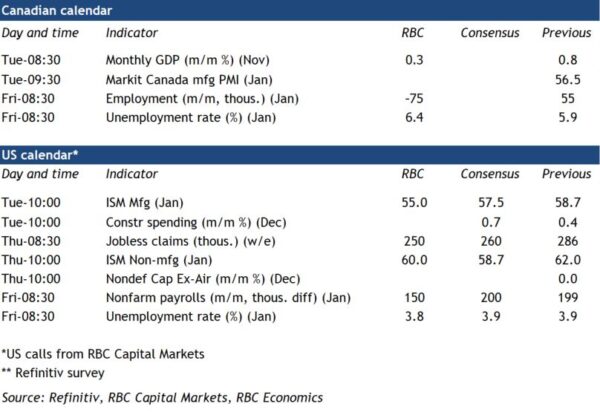