Canadian GDP likely continued its upward climb in April. We expect output to have risen 0.3% in the month, slightly more than Statcan’s initial 0.2% estimate a month ago. We look for a similar gain in May. This is despite a sharp pullback in housing markets. Home resales have slowed substantially following Bank of Canada rate hikes. But oil and gas drilling and extraction activity has risen alongside the surge in global energy prices, with production in Alberta up 3% year-to-date. And the travel and hospitality sector continues to surge back from the winter wave of COVID-19.

But while the current economic backdrop looks very strong (the unemployment rate is the lowest since at least the late 1970s) rising interest rates are pushing up Canadians’ debt servicing costs. This increase will eventually cause demand erosion. Labour shortages are still keeping a cap on production capacity and employment increases have slowed. The surge in the consumer price index to 7.7% in May is cutting into household purchasing power but also putting further pressure on the Bank of Canada to hike interest rates more aggressively. The odds have been tilting towards the BoC following the U.S. Fed with a 75 basis point hike at its next policy decision in July.

Against that backdrop, growth is clearly set to slow further. 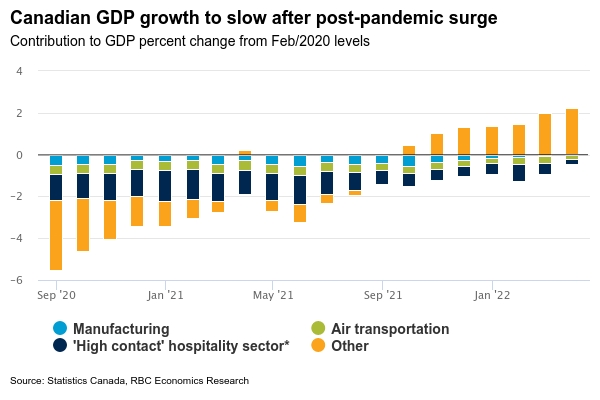 U.S. household incomes likely continued to increase in May on improving employment counts and higher wages. But spending growth is expected to soften, holding in positive territory only thanks to higher prices (notably for gasoline) alongside continued (albeit softening) services sector growth. Spending excluding price effects likely declined, led by lower auto sales. 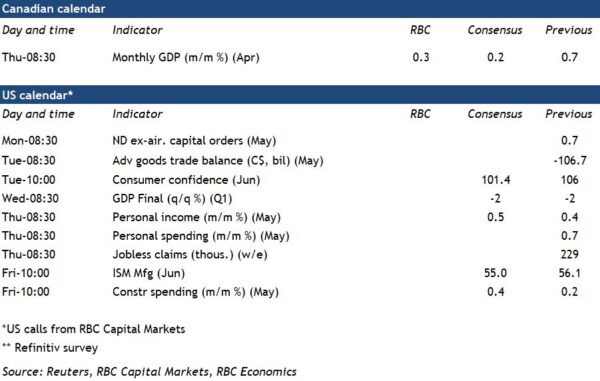