Note: Wednesday is a Bank Holiday in Japan, banks will be closed, and there will be no trading activity due to the Vernal Equinox Day Bank Holiday.

Progress has been made on NAFTA, as the US has backed down and dropped the demand that all vehicles made in Canada and Mexico that are sold into the US contain at least 50% US made parts. This is a big step, as much was made of the proposal by President Trump and his team during early negotiations. It is also a subtle indication that the President will play hardball during initial negotiations but will compromise to sign a deal in the end. USDCAD broke lower from 1.30692 down to 1.30097 on the news and USDMXN fell from 18.7519 to 18.6104. This news broke in after-hours trading so there could be substantial carry through into the North American session later today.

The communiqué from the G20 meeting over the last couple of days removed the reference to fighting protectionism and inward-looking policies. Instead, the following line was put in its place, “We reaffirm the conclusions of our leaders on trade at the Hamburg Summit and recognize the need for further dialogue and actions. We are working to strengthen contribution of trade to our economies.” But another line was also included that said attendees “recognize the role of legitimate trade defence instruments” and “are aware of the developing trade environment”. On crypto, it was said that crypto assets could have stability implications at some point and they should continue to be monitored by international standard-setting bodies. 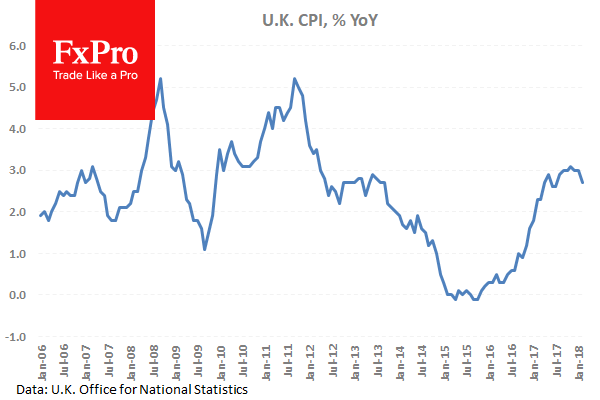 German ZEW Survey – Current Situation (Mar) was 90.7 v an expected 90.0, against a prior 92.3. ZEW Survey – Economic Sentiment (Mar) was 5.1 v an expected 13.0, from 17.8 previously. These data points softened quite a lot from previous reads, as the strengthening in the Euro affects business. The deteriorating trade environment is also a headwind for business outlook and a looming trade war damages sentiment. Germany is one of the countries likely to be hit badly by steel tariffs. EURUSD fell from 1.23165 to 1.22627 in the hours after this data came out. 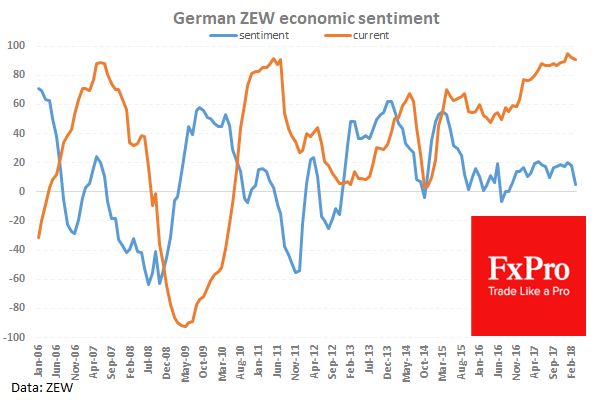 New Zealand GDT Price Index was released at -1.2%, with a previous reading of -0.6%. This data shows that the change in the average price of dairy products sold at auction is slipping. As this makes up an important part of the New Zealand economy, NZDUSD rose from 0.71885 to 0.72003 as a result.