Friday May 18: Five things the market is talking about

In Europe, regional bourses are trading a tad lower as E.U stocks fail to follow their Asian counter parties higher on a potential breakthrough in trade negotiations between China and the U.S.

The yield on U.S 10-year notes (+3.105%) is steady after reaching their highest level in seven-years mid-week. The dollar remains little changed against G10 currency pairs, along with gold, amid reports that China offered to cut its annual trade surplus by -$200B, in part by increasing imports of U.S goods.

Brent crude continues to edge higher after topping +$80 a barrel yesterday amongst Middle East tensions and signs that global stockpiles continue to decrease. Even new uncertainty over peace on the Korean peninsula appears to have been brushed aside.

In Italy, the 5-Star movement leader Di Maio confirmed agreement on a government contract with the League party. The program is said not to include the call for QE debt to be excluded from debt calculations, and at the moment, have dropped reference to a Euro exit procedure with no mention of request for ECB to write off -€250B in debt.

On tap: Canadian retail sales and inflation numbers are due at 08:30 am EDT. Chinese Vice-Premier Liu is in Washington for more trade talks.

Down-under, the Aussie stock benchmark struggled overnight, resulting in a third drop in four-days and put an end to the six-week winning streak. The S&P/ASX 200 eased -0.1%, putting the week’s decline at -0.5%. In S. Korea, stocks finished strongly. The Kospi rallied +0.5% to 2460.65, cutting the week’s drop to -0.7% in reversing last week’s gain.

In Europe, indices trade lower across the board following recent gains and slight weakness in the U.S markets overnight. 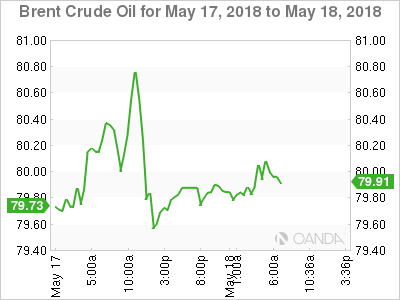 Nevertheless, surging U.S output is expected to offset at least some of the above shortfalls.

Crude prices have received broad support from voluntary supply cuts led by OPEC. However, U.S sanctions against Iran could remove more than +1m bpd from the market.

Note: Higher oil prices due to a tighter physical market and geopolitical tensions could weigh significantly on the macro outlook for EM. 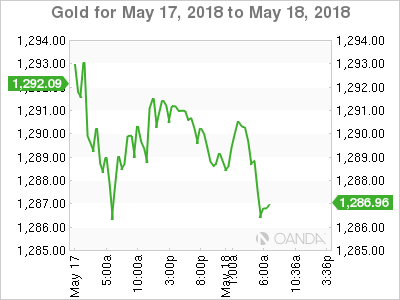 3. Look to Italy for direction

The market continues to focus on Italy and their bond spreads. The 10-year Italy/German bond spread is wider by over +5 bps to approach +160 bps (a four-month high). The 10-year BTP yield has backed up +30 bps this week to its highest level since Oct above +2.15%. 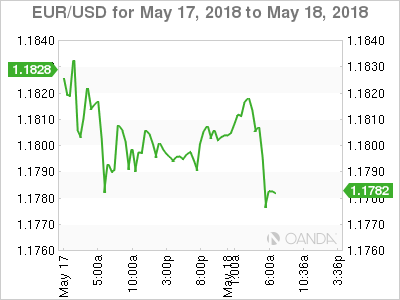 The USD is a tad softer in light trading and is still poised for its fifth consecutive week of gains.

EUR/USD (€1.1786) is trading atop of the psychological €1.1800 handle, however the Italian political uncertainty continues to provide additional impetus for a lower EUR.

Note: The recent widening in the BTP/Bund spread could pressure the ECB to keep providing accommodative policy support in the medium term.

The GBP/USD (£1.3485) is again probing below the £1.35 level after reports circulated that E.U Leaders brushed off PM May’s idea for customs plan guarantees.

USD/JPY (110.95) is little changed, however, the steepening U.S yield curve continues to benefit the pair as it tests the ¥111.

If Canadian April CPI and March retail sales show some growth this morning (08:30 am EDT), its expected to be “modestly” supportive of the loonie (C$1.2824) and should push USD/CAD below C$1.28 handle again. 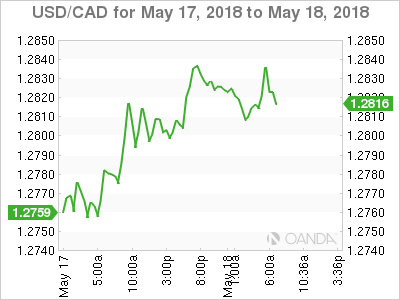 Consumer-price growth hit +1% in February, the first time it was that high in four-years and was considered a hopeful sign that the Bank of Japan (BoJ) years long effort to get inflation to +2% was again back on track.

But, it’s not to be and is reason enough why the BoJ recently scrapped its forecast on when Japanese policy makers thought +2% would be reached.

Note: The BoJ has pushed out the target date on a number of occasions in the past five-years. And if prices are barely rising, how long will the recent uptick in wages last? 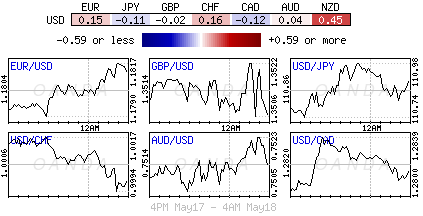