Dow Jones futures ticker symbol: $YM_F short-term Elliott wave view suggests that the pullback to 24227 low on 5/29/2018 ended Minor wave 4 pullback. Above from there, the rally is unfolding as impulse Elliott wave structure with extension in 3rd wave higher. As impulse, the internal of Minute degree wave ((i)), ((iii)) and ((v)) should also unfold as an impulse with 5 waves structure. 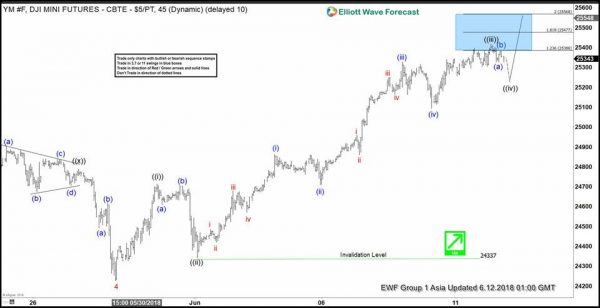