‘We don’t expect much in the way of market movements going into Friday’s session, but gold should nevertheless see something of a bid heading into the weekend.’ – Edward Meir, INTL FCStone (based on Reuters)

The yellow metal traded rather flat on Friday morning, as it found support in the monthly R1, which is located at 1,237.68. The bullion retreated to that level after it stopped and reversed its surge in the second half of Thursday’s trading session. Gold has two possible future scenarios. Either the bullion finds enough strength in the support level to rebound and approach the 1,245 level, or the yellow metal will fail at that and begin a move lower. A move lower would result in a fall to the weekly PP, which is located at 1,232.24.

Traders are long on the metal, as 55% of SWFX trader open positions are bullish. In addition, 57% of trader set up orders are to buy the bullion. 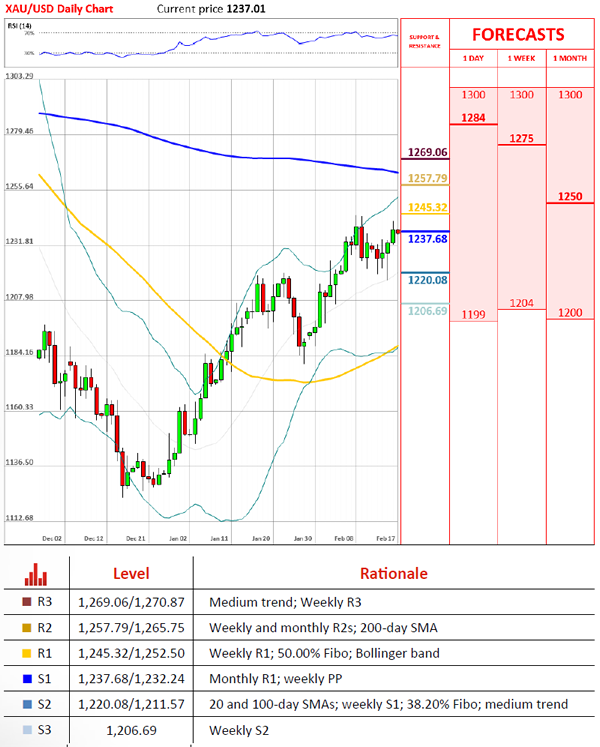 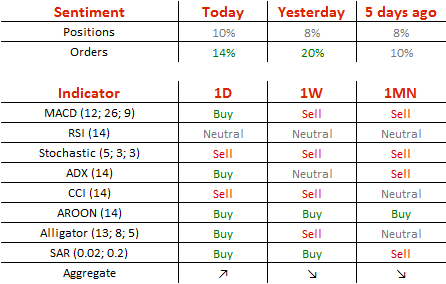