The market continues to trade without a clear direction and, at the time of writing this analysis, the single European currency is on the verge of testing the support zone at 1.1278, and a possible breach of this level could give the bears the necessary incentive to test the key support at 1.1236. On the other hand, if the trade stays above 1.1278, then it is possible that the bulls will try to attack the resistance at 1.1359. Today, investors will expect the monthly non-farm payrolls report for the United States, as well as the unemployment rate (13:30 GMT), and the expected increase in volatility could lead to an end of the consolidation phase and provide a signal for the future direction of the pair. 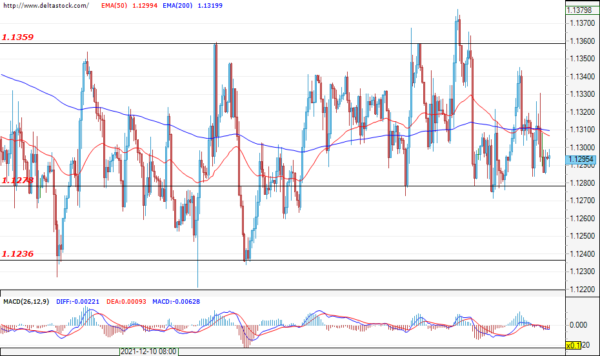 The currency pair is in а consolidation phase in the range of 115.65 – 116.32 and the bears cannot yet gain enough momentum to breach the critical support at 115.65. The expectations are the bulls to re-enter the market and to attack the resistance at 116.32, where a successful breach may pave the way for the pair towards the next resistance zone at 117.00 coming from the higher time frames. In an alternative scenario in which the bears prevail, the market may test the support level at 115.18.
Forex Technical Analysis on USD/JPY 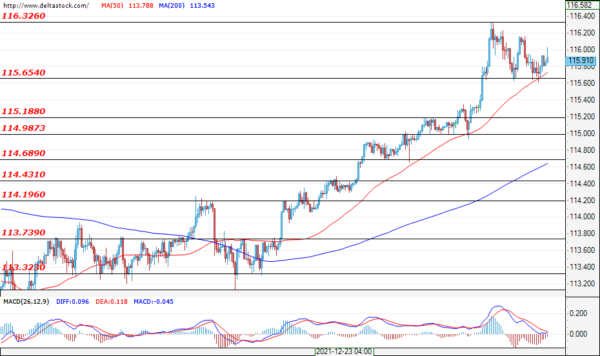 During yesterday’s trading session, the bears couldn’t violate the support at 1.3500 and the expectations for today’s trading session are for an eventual test of the psychological level at 1.3600. In case the bulls gain enough momentum and manage to violate the mentioned level, then this may be considered as a signal for a continuation of the uptrend and a consecutive appreciation of sterling against the U.S. dollar targeting the resistance at 1.3680. However, before a potential upward movement is to develop, the trade may first remain limited in the range of 1.3500 – 1.3600. In the opposite direction, a breach of the support at 1.3500 may give the bears an opportunity to attack the next support zone at 1.3454. 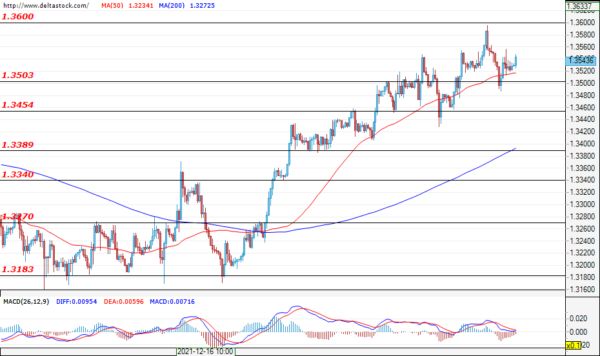 The corrective move after the unsuccessful test of the record level of 16300 was limited by the support zone at 15975 and, at the time of writing, the market is in a hesitant mood and the bears are struggling to overcome the mentioned level. The market sentiment remains positive – for an appreciation of the index and, if the bulls gain enough momentum to overcome the psychological level at 16300, then this would probably lead to an appreciation of the index towards new record highs. Conversely, if the bears re-enter the market, then sell-offs towards 15975 and 15828 would be a more likely scenario, which would also provide better entry levels for the buyers. 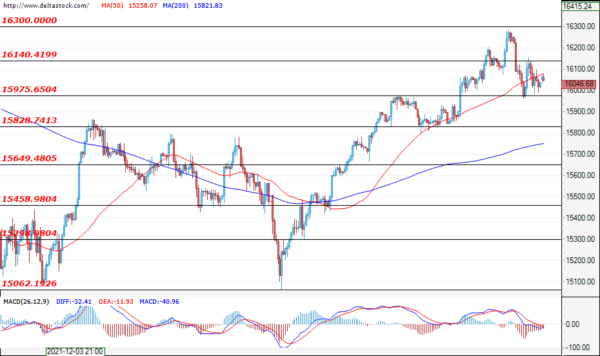 The bulls failed to hold their ground after the U.S. blue-chip stock index reached new record highs, which resulted in a decline and a consolidation just above the support area at 36233. A potential deepening of the sell-off during today’s trading session could give the bears the necessary momentum needed to test the next major support area at 35912. If the bulls manage to keep the price of the index above the mentioned support and gain just enough momentum, then we may witness a further move towards the psychological level at 37000. Today, the news, mentioned in the EUR/USD analysis, could have an impact on the volatility of the index. 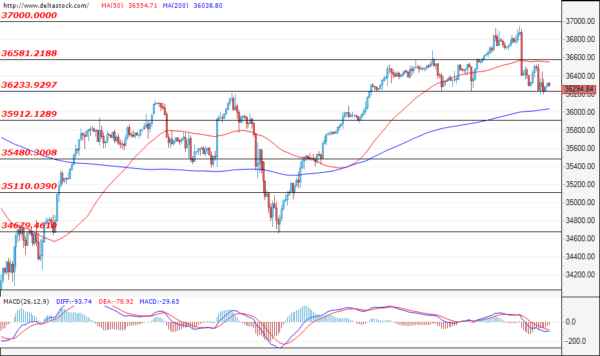