The EUR/USD is testing the support at 1.0974 yet again during the early hours of today`s trading.. A confirmation of the breach here could deepen the decline and could lead to a test of the target at 1.0900, followed by the lower zone at 1.0846. However, if the bearish momentum fades and the bulls prevail, then the first resistance would be the upper border of the range between 1.0974 and 1.1044. A violation of the level at 1.1126 would strengthen the positive expectations for the future path of the pair and could lead to a rally towards the zone at 1.1231. An increase in market volatility can be expected around the announcement of the data on Non-farm Payrolls Change and Unemployment change in the U.S. (Friday; 13:30 GMT). 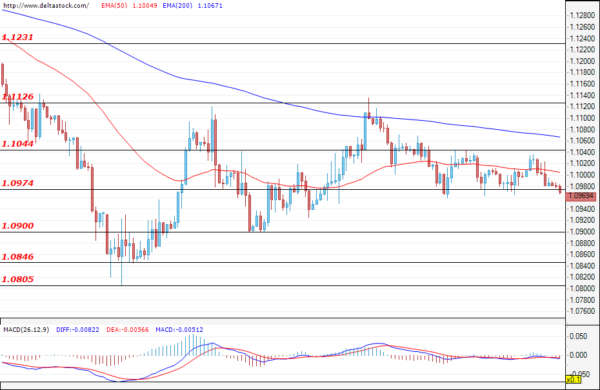 The dollar continues its massive rally against the yen as the currency pair had previously violated the resistance zone at 122.41. If the bullish attack continues, then а test of the important zone at 123.00 would be the most probable scenario and could easily lead to even more gains for the Ninja. If the bears take control instead, then the correction should be limited to the support zone at 120.44. 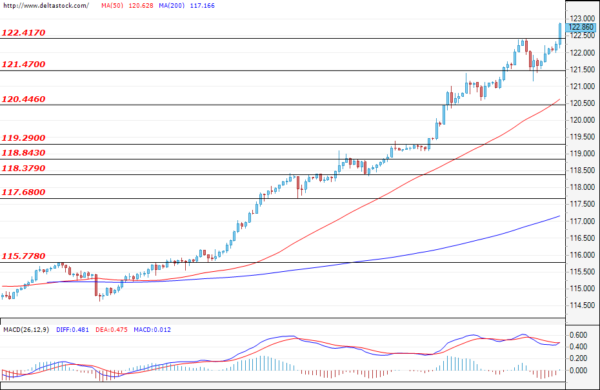 The pound lost some ground against the dollar during the early hours of today`s trading, and if the bears continue to prevail, then a successful test of the support zone at 1.3099 would strengthen the negative sentiment and could easily deepen the decline towards the zone at 1.3050. Better-than-expected data in the UK for its GDP (Thursday; 07:00 GMT) could help the bulls re-enter the market. A potential breach of the close resistance at 1.3185, followed by a violation of the next target at 1.3289, could lead to a more sustained recovery towards the resistance at 1.3354. 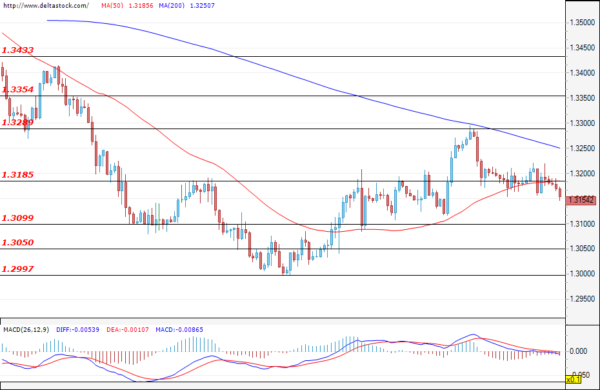 The sentiment remains neutral as the EUGERMANY40 continues to trade in the zone between 14135 and 14555. If the bulls prevail and breach the upper border of the mentioned range, followed by the next target at 14832, then the rally will most likely gain steam and erase all of its losses that it had sustained as a result of the war between Russia and Ukraine.. The first support is still the zone at 14135. A successful test of this level could easily lead to a sell-off towards the level at 13573. 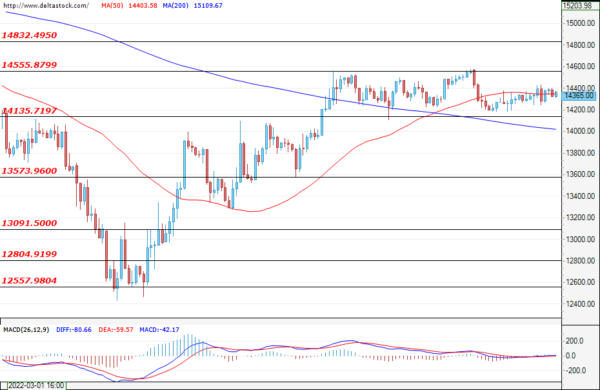 The U.S. index gained some ground, and during the early hours of today’s trading, it is headed towards a test of the resistance at 34890. A violation of the mentioned zone could easily pave the way for an attempt at breaching the next important target at 35037. Success for the bulls here could continue the rally towards 35200. However, if the zone at 35037 withholds the bullish attack, then a correction might develop, but it should be limited to the support at 34096. Important trading news for this week is the expected U.S. Non-farm Payrolls Change and Unemployment change data (Friday; 13:30 GMT). 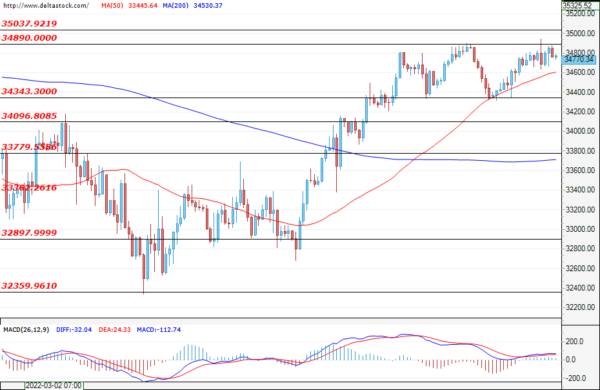