Yesterday’s trading session was marked with low volatility as the bears couldn’t gain enough momentum to continue the downward movement, and the pair found a strong support zone at around 0.9959. At the time of writing this analysis, the EUR/USD is locked in the narrow range of 0.9960 – 1.0025. It is highly possible that this consolidation phase will continue in the early hours of today’s trading, before a potential resumption of the downtrend follows suit. Even though the forecasts remain negative – for a further depreciation of the single European currency, the bulls would most probably try to take control over the market and target the resistance at 1.0025, where a successful breach may lead to a deeper correction targeting the next resistance at 1.0078. On the other hand, if the local resistance at 1.0025 withholds the bulls’ pressure, or if the sellers manage to keep the price below the key resistance at 1.0078, then it is highly likely to witness a new wave of sell-offs heading the price towards the low at 0.9877. However, this scenario may be realised only in case the bears manage to violate the lower border of the range lying at 0.9960. Today, increased volatility can be expected around the release of the initial jobless claims data for the U.S. at 12:30 GMT. A better-than-expected data may trigger an impulse move and give the necessary stimulus for the bulls to attack the low at 0.9877 and even that at 0.9812. 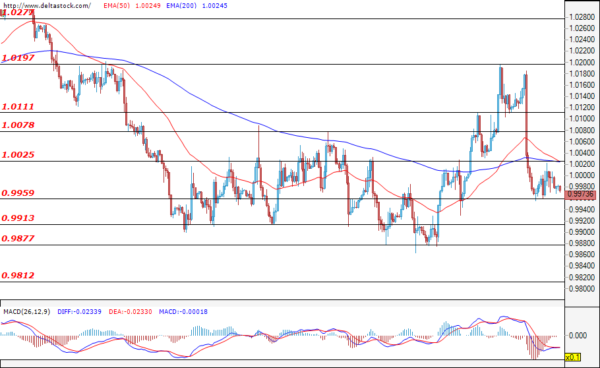 During yesterday’ trading session, the bears once again managed to thwart the bulls’ attack around the resistance at 144.90 and the Ninja convincingly bounced back, reaching the support at 142.68. In fact, it seems that the bulls are starting to lose momentum just above the mentioned support, and it looks like the pair has found itself in a short consolidation in the range of 142.68 – 143.49. The forecasts for today’s trading session are for the bears to try to take the price out of this channel and to head the pair towards a test of the critical support at 141.64. In the opposite direction, if the bulls manage to overcome the upper border of the range and lead the price above 144.00, then we may witness another bull attack on the critical resistance at 144.93. 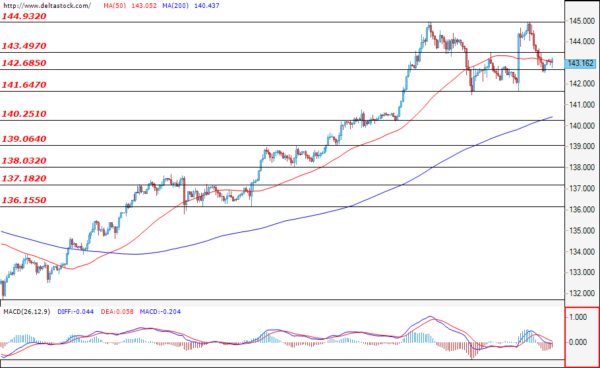 The situation with the GBP/USD is quite similar to that of the EUR/USD. After the sharp decline from yesterday, the bulls managed to limit the sell-off to just above the support zone at 1.1475. Furthermore, the sterling recovered part of its recent losses and tested the psychological level at 1.1600, but the bulls couldn’t gain enough momentum to violate it. At the time of writing, the pair is holding just below the mentioned resistance and it is highly possible for the pair to start consolidating in the interval between 1.1475 and 1.1600, before investors eventually start to define the future path of the pair. Essentially, the current market sentiment is for a continuation of the downtrend, but only if the bears manage to successfully violate the critical support at 1.1475. If this happens, this could be considered as a good opportunity for the sellers to strengthen the negative expectations and to head the price towards a test of the psychological level at 1.1400. 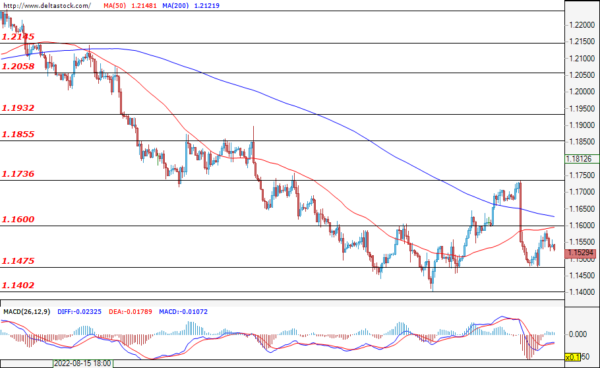 The EUGERMANY40 made modest gains in the European trading session and managed to recover part of yesterday’s losses. Following the worse-than-expected CPI reading, the index plunged alongside other global markets on speculation that the FED will maintain its hawkish stance for longer than expected. The price of the index approaches the critical support level at 13000, thus the forecasts for today’s trading session are for this level to be tested. In case the price falls below it, then we may expect a further depreciation towards the next key support at 12717, which is a logical scenario considering the continuing supply issues, increasing energy prices and inflation rates, and the overall economic situation as a result of the conflict between Russia and Ukraine. Nevertheless, before investors decide to take short positions, they should consider the possibility of the support at 13000 withholding the bears’ pressure and the forming of a short consolidation in the interval of 12979 – 13190, before a potential resumption of the downtrend is to take place. In the upward direction, the first key resistance is found at 13190, followed by the level at 13346. 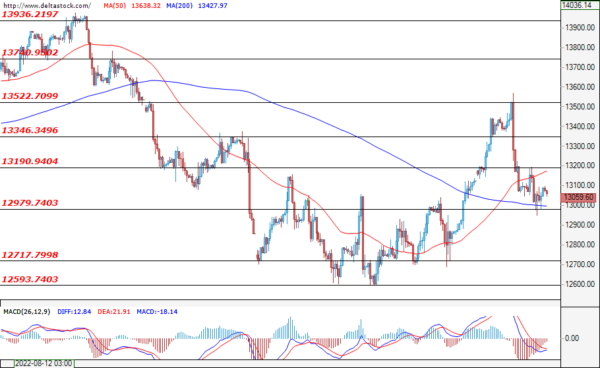 Both the European markets and the U.S. blue-chip stock index closed in the red and the index lost approximately 4.5% of its value. However, the bulls managed to limit the sell-off at the 30975 support level, and at the time of writing the analysis, the US30 is trading in a very narrow range in the channel of 30975 – 31291, as the market takes a breathing after yesterday’s sharp decline. A successful breach of the support at 30975 would give investors the necessary incentive to attack the next significant levels at 30700 and at 30500. An alternative scenario, in which the bulls manage to take control and violate the resistance at 31291, would easily lead to a deeper correction towards the level at 31629. Today, an increase in volatility can be expected around the announcement of the data on the initial jobless claims, the Philadelphia FED survey and the empire state manufacturing indices, as well as the retail sales data for the U.S., all of which are scheduled for 12:30 GMT.