The single European currency is trying to stop its depreciation against the U.S. dollar, and after hitting another rock bottom at 0.9535, the pair’s rate managed to settle above the two supports at 0.9570 and at 0.9670. Attempts by the bulls to settle more permanently above the resistance at 0.9738 are not particularly successful so far, but the bears cannot gain an upper hand either as they try to overcome the support at 0.9670. This, however, doesn’t necessarily mean that the downward movement is over just yet. An economic indicator that may have an impact on the rates today is the weekly jobless claims data for the U.S. 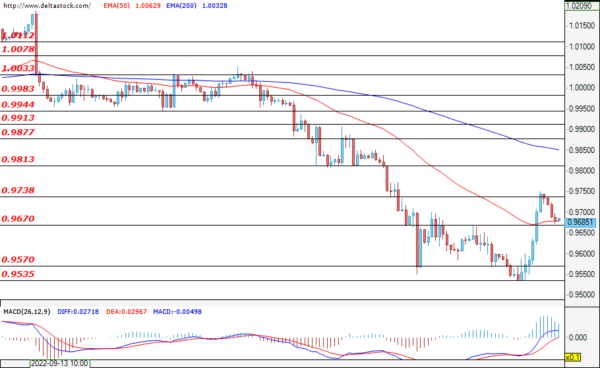 The consolidating movement of the currency pair between the support at 143.61 and the resistance at 144.93 continued, both in the past trading session and in the beginning of the new one. The bulls control the market and so a successful breakout at the 145.00 level would not be a surprise to anyone. In the opposite case, if the support at 143.61 is overcome, then it would open the way for the bears towards the next two support zones at 142.68 and at 141.62, where the bulls should intervene and stop their advance. 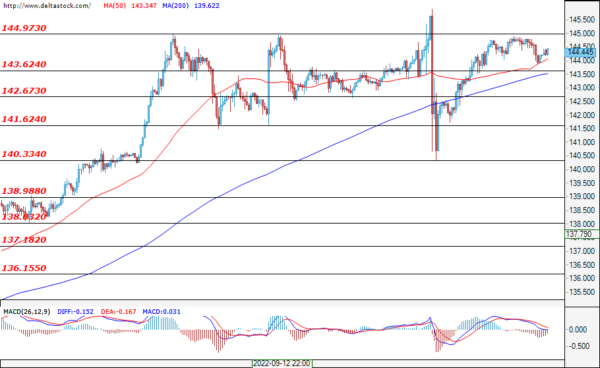 The bulls’ attempt to break through the resistance at 1.0884 proved unsuccessful. Although the pound has been trying to consolidate above the support at 1.0444 since the start of the week, this does not mean that the bears have given up just yet. The bulls need to break through at least two important resistances – 1.0884 and 1.1217 – before they can be said to have achieved any temporary success. Sentiment remains negative and the bears are likely to look for new lows should they breach the support at 1.0444. 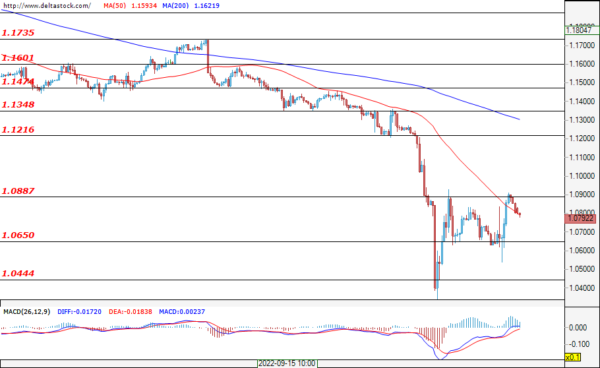 The downward movement of the German index was limited for now and the bears stopped at the support at 12028. However, the performance of the bulls so far is not convincing, because their target – the resistance at 12392 – has yet to be reached. If this does not happen and this resistance is not overcome, it is very likely that the bears will easily pass through the support at 12028, thus continuing the downtrend formation. 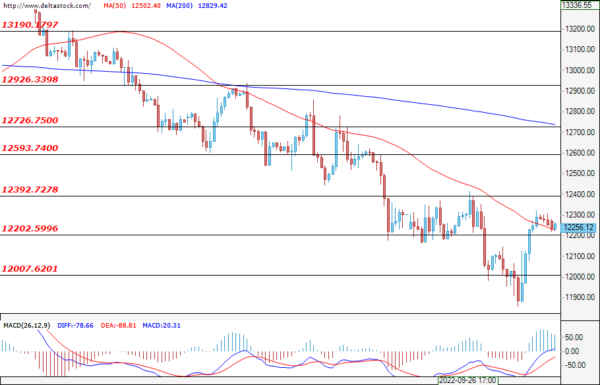 The U.S. blue-chip index is trying to recover from the sell-off from the past week, holding its course above the support level at 29658. On the other hand, the bulls’ target – the resistance at 29998 – has also not been overcome. If this does not happen, then we are likely to witness the return of the bears to the market and another attack on the support at 29242. 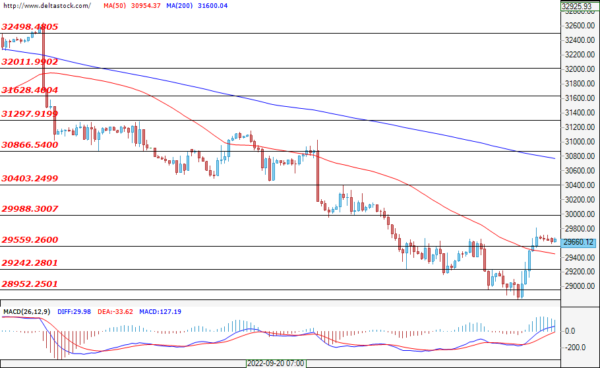