Action Forex
HomeContributorsTechnical AnalysisGBP/USD: High Probability of Price Collapse to a Minimum of 1.0925

GBP/USD: High Probability of Price Collapse to a Minimum of 1.0925

GBPUSD formation suggests the formation of a global corrective trend – a triple zigzag w-x-y-x-z, in which the market builds the final actionary wave z of the cycle degree.

The end of the first actionary wave W is expected at a minimum of 1.095. 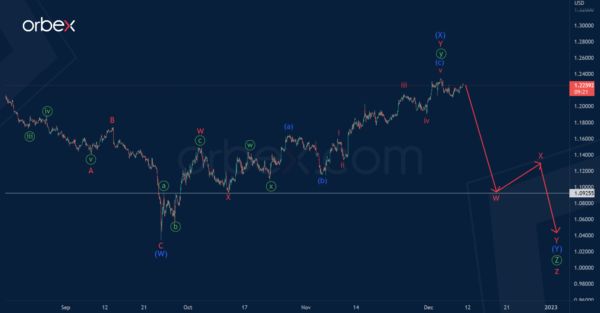 Alternatively, it is assumed that the cycle wave z could be fully completed in the form of a primary triple zigzag.

Thus, we see that since the end of September, bulls have started to move the price into a new trend.

Perhaps we are seeing the formation of a primary triple zigzag Ⓦ-Ⓧ-Ⓨ-Ⓧ-Ⓩ, where the first four parts are already formed. 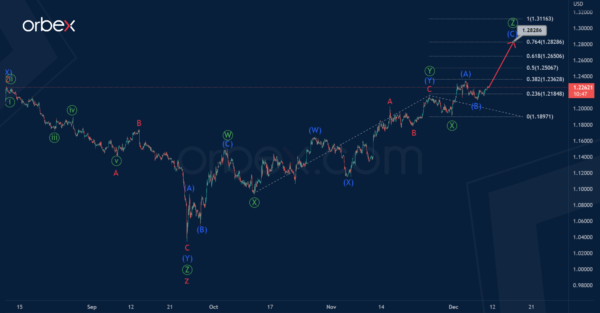