The US Dollar has mapped a massive surge against the Polish currency. Dukascopy analysts had hypothesized a surge. However, the expectations have been beaten in more than one way.

Namely, the drawn junior ascending pattern was broken to the upside on April 20. Secondly, the pair continued the surge only being slowed down by the 200-SMA for a short period. The following surge broke past the medium scale pattern’s upper trend line.

On Tuesday morning Dukascopy analytics saw that the pair had stopped during the last 16 hours at the combined resistance of the most dominant pattern and the weekly R2. It was expected that the stalemate would end soon and the pair would break free soon. 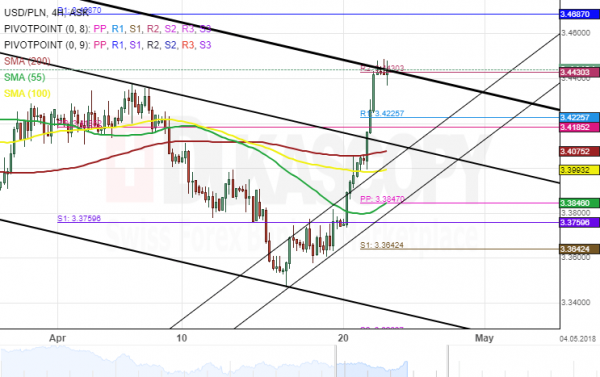