Here’s an update on our GBP/USD short position (entered at 1.3150) as last updated in the weekly report. Yesterday’s rebound and breach of 1.3089 minor resistance did prompt us to consider exiting. But such rebound was triggered by ungrounded rumor that Theresa May is going to give a new proposal on Irish border to the EU. We had very very little trust on the news.

Firstly, it’s Bloomberg citing unnamed source. More importantly, it just didn’t make sense for May to make any concession to the EU while she’s at Conservative Party meeting fighting her own Brexit rebels. Instead, the hardline rhetoric of Hammond and Raab made much more sense.

Therefore, we gave the position a few more hours to develop. Admittedly, we’re a bit late in this update, which should be done two hours ago. Now that, with 1.2999 taken out as fall from 1.3297 resumes, it sounds like after the fact. 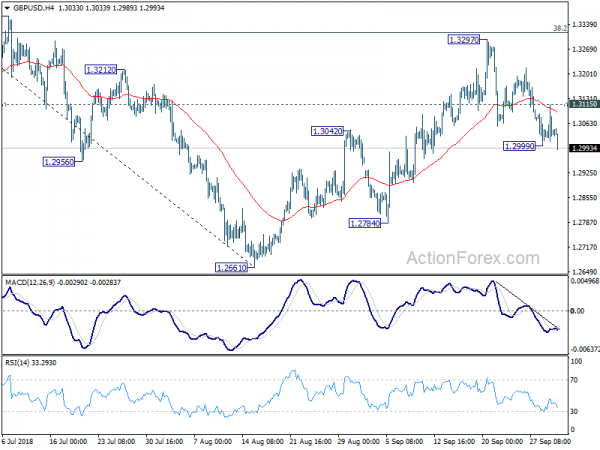 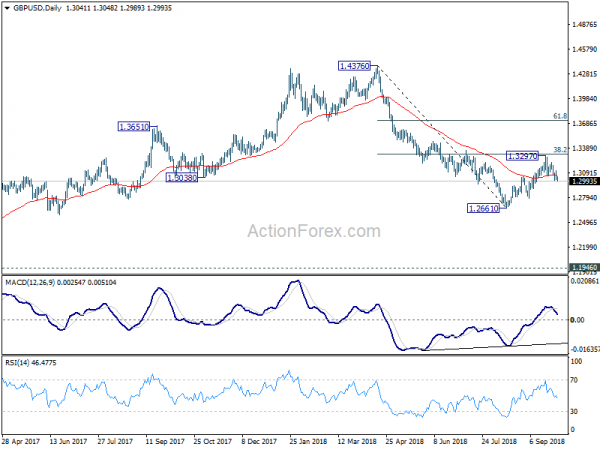