Gold trading is slim after Monday’s sharp selloff. Despite concerns over the delta variant, the precious metals lost their safe haven appeal as speculations over Fed’s early tapering escalated after the strong nonfarm payolls data. The front-month Comex gold contract slumped to a 4-month low of 1677.9 before settling at 1726.5 on Monday. The yellow metal has dropped -5% since the beginning of the year and -9.4% year-to-date. Similarly, the silver contract plunged to the lowest level in more than 1 year before rebound. Fed’s monetary policy outlook remains under the spotlight and is expected to move both the FX and commodity markets. The next key events are the FOMC minutes due on August 18 and the Jackson Hold symposium on August 26-28.

The boost of gold price brought about by the disappointing ADP job data proved very short-lived. A reversal was, however, severe after Friday’s strong official employment report. The relationship between US’ job market and gold price is linked by expectations about Fed’s tapering and Treasury yields.

Nonfarm payrolls increased +943K in July, following an upwardly revised +938K gain a month ago. This beat consensus of a +870K addition. The unemployment rate slipped -0.5 ppt to 5.4% although the participation rate edged +0.1 ppt higher to 61.7%. This came in better than consensus of 5.7% and June’s 5.9%. The strong employment report has raised speculations that the Fed could speed up QE tapering. Ahead of the report, Fed Vice Chairman Richard Clarida noted that he’s in favor of the Fed announcing about QE tapering later this year, followed by a rate hike in 2023. Meanwhile, Fed President Kaplan has again urged that the central bank should begin tapering sooner rather than later. 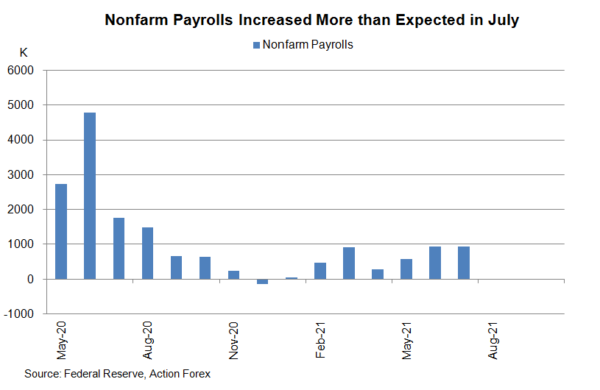 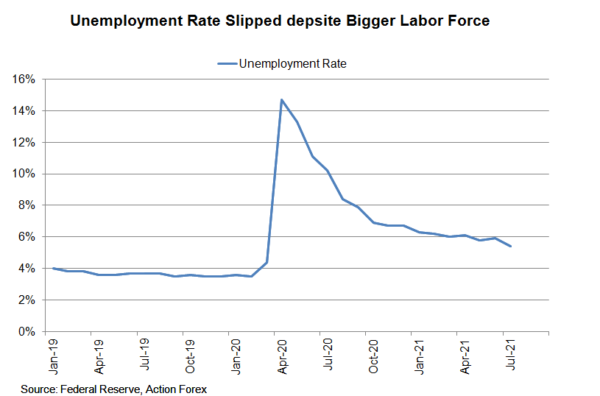 At the July FOMC meeting, policymakers acknowledged that “the economy has made progress toward” the “maximum employment and price stability goals”. Chair Jerome Powell again affirmed that the Committee has been discussing about tapering. Attention now turns to the FOMC minutes (due to be released on August 18) which would probably reveal more details about the debate. More information about policy changes will then be revealed at the Jackson Hole symposium in late August, followed by the September meeting.

The strong employment report nonetheless has raised hopes that tapering could be announced soon. Such sentiment is reflected in rising Treasury yields. The charts below show that Treasury yields with maturities from two to thirty years climbed higher after the report. 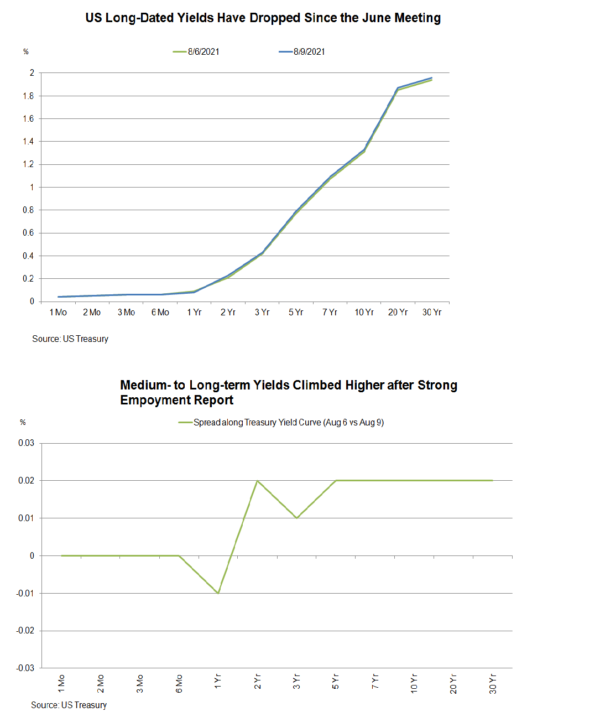 Higher yields are often linked to lower gold price. Meanwhile, the strong negative correlation between gold price and real yield (as represented by inflation-linked bond yield)is also back on track. In the coming months, we expect the movement of gold price will continue to be directed by Treasury yields, which, in turn, will be driven by tapering speculations. 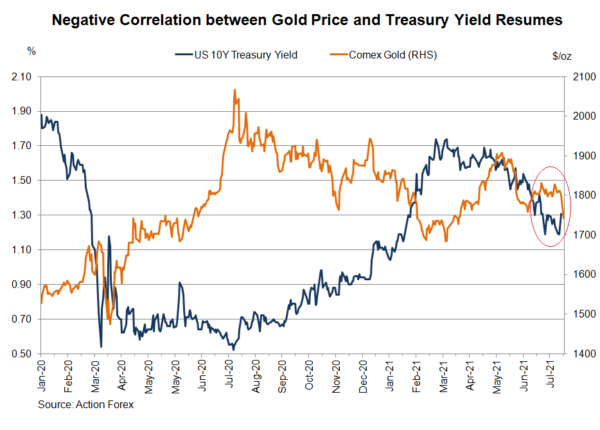 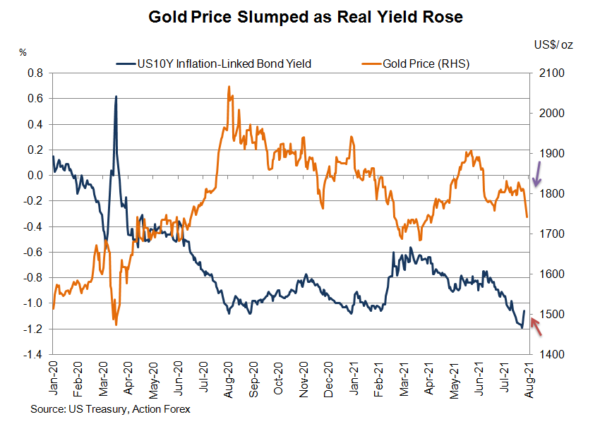