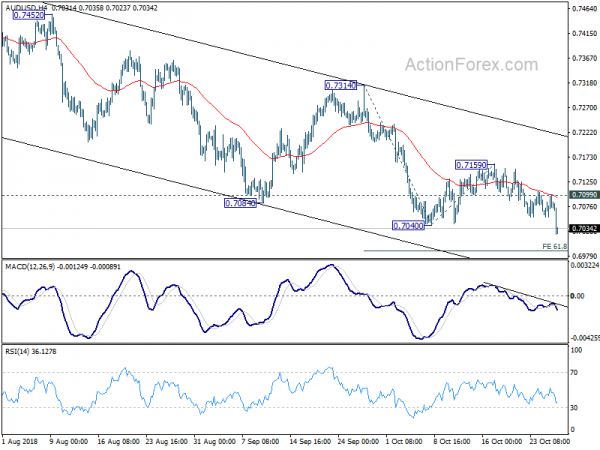 Finally, AUD/USD has completed the consolidation from 0.7040 and resumed recent down trend. That came later then we expected, but nevertheless, it’s a positive development for our strategy. As noted before, we’d expect the down trend from 0.8135 to target a test on 0.6826 (2016 low). At the same time we’re also looking at the possibility of resuming long term down trend from 1.1079 (2011 high). 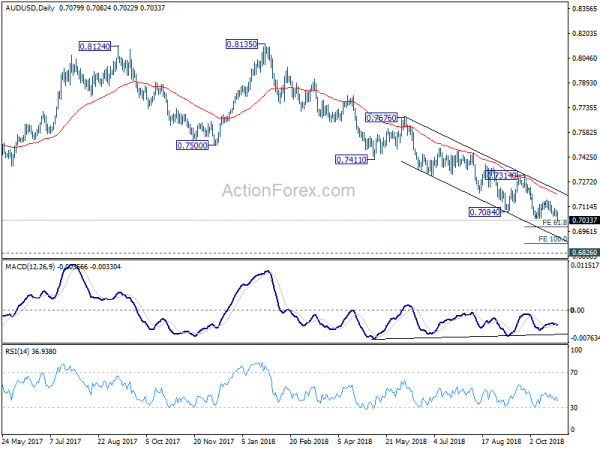 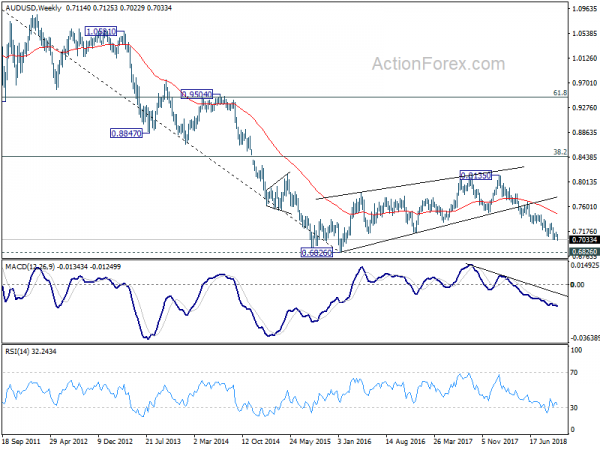 For now, we’ll hold on to the short position, lower the stop to 0.7100 (breakeven). We wont’ put a target yet and will keep on monitoring to decide the exit.