Swiss KOF Economic Barometer dropped to 93.0 in November, down from 94.8, and missed expectation of 95.0. It’s also the lowest level since 2015. KOF said: “The downward movement, which has been observed since the beginning of the year, continues. The barometer is still well below its long-​term average. The outlook for the Swiss economy remains subdued.”

Also, “Several bundles of indicators are equally responsible for the decline. However, negative signals from hotel and catering activities and from the banking and insurance sector stand out slightly. Indicators regarding foreign demand and other services are also declining. On the other hand, indicators for the manufacturing sector remain almost unchanged.” 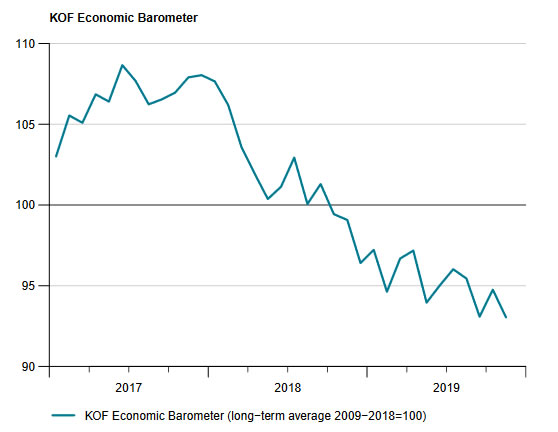 Swiss Q2 GDP contraction revised up to -7.3% on benchmark revision