How to benefit when BTC price goes down?

It is no secret that Bitcoin is volatile, as all cryptocurrencies are! The trick is, knowing when prices will move and what to do when the inevitable movement comes. Sounds simple, right?

There are many investors out there that have heavily backed Bitcoin and expect the price to keep rising. But what if the value of a coin was not reaching the heights you expected to? Is this something to be overly concerned about?

Since Bitcoin’s arrival on the global stage, it has experienced many highs and lows. Massive swings which happen regularly which can last days, span a few hours or move big, without warning, in the space of a few minutes.

This article will explore why Bitcoin moves in the way it does and we will also look at how we can benefit from a downward price movement on the original, world-famous, digital asset.

At CryptoRocket (www.cryptorocket.com) you can trade over 30 digital assets including the following Bitcoin pairs:

Volatility can be described as something liable to change drastically, quickly and without warning. This description is accurate when we are putting the definition next to Bitcoin.

Traditional stock volatility is measured by the volatility index which was created by the Chicago Board Options Exchange in 1993. Also known as the VIX, what it does is represents a real-time market index showing the expected next 30 day movements with a focus on how volatile a stock might be. A useful tool for stock traders….

Bitcoin does not have such a tool for Crypto investors to make use of. What we do know however is that Bitcoin is volatile and can move up to ten times as much as USD in a single trading day.

So why is Bitcoin so volatile and what are the reasons behind it?

One of the key reasons is that, although, in its 10th year, it is still relatively new technology. With new technology, new consumers need to get to grips with it and understand what the product is and how it functions. There are people out there, dare I say the older generation who can be more resistant to change when it comes to technology. This is evident when you look at statistics in supermarkets and which age groups are more willing to use self-checkout technology when purchasing their goods.

People need time to adjust and adapt to change. Some people take longer than others, but in terms of how long currency and cold hard cash has been around, Bitcoin is still a new product and some people will need a little more encouragement to use technology as opposed to cash and banks.

Bitcoin price is heavily affected by the news and media, especially when it comes to geopolitical events. In times of crisis within a country, new Bitcoin investors can surge within that country. This is especially true when examining the Cypriot banking crisis in 2013. The EU bailed out Cypriot banks but this came with terms and conditions. The cost of bailout was around the $20Billion mark yet the EU would only give Cyprus $13Billion. This meant that Cyprus would have to raise the further $7Billion themselves and they realized this by levying a tax on deposits.

The tax was 6.75 percent from insured deposits of €100,000 or less, and 9.9 percent from uninsured amounts above €100,000. What this tax achieved was massive distrust in the banks from Cypriots and many Russians who live in Cyprus. The distrust in banks made trust in decentralized currency flourish. Bitcoin prices spiked thanks to this bailout.

Many celebrities who have spoken out against Bitcoin and as influential people, this can truly have a knock-on effect on the value of a coin. Also, major incidents such as the closure of Silk Road harmed the price of Bitcoin. The FBI and Interpol shut down Silk Road in 2013 resulting in a life sentence for creator Ross Ulbricht. Many Bitcoin users lost trust in Bitcoin at this time and looked to sell as governments use rhetoric to suggest making Bitcoin follow some sort of compliance and regulation.

Strategies to capitalize in downward movements and how to benefit

As prices can rise, they can also crash and as investors, it is important to understand why and how we can manage this effectively. In 2018, the price of Bitcoin collapsed 61% – from an $8,300 high to $3,200 low in just six months showing just how much price can swing in a short period.

There are a few things that can be done to capitalize on Bitcoin value taking a downward turn.

For a start, a holder could straight up sell their Bitcoin and then buy again when the price reaches a severe low. Or low enough in the consumers’ opinion to make it worth buying before making an upturn.

Traders can take advantage of a Bitcoin downturn by ‘going short’ or selling Bitcoin, staking money that Bitcoin will have a downward price movement – often referred to as profitable shorting.

Users can also use margin trading or trading with leverage to further inflate profits. Leverage allows the ‘average trader’ to get involved in potentially high-profit trades without having to invest vast swathes of capital.

In today’s modern trading world, thanks to high leveraged trading, more people than ever can speculate on markets with relatively low capital with the potential for high returns.

It is advised that before trading with high leverage to investigate further and develop a trading strategy. Where can you do this you might ask? Many brokers in the marketplace offer a free to use ‘demo account’ for traders to perfect a strategy, get used to the available instruments and become accustomed to the MT4 trading platform.

Start trading with CryptoRocket (www.cryptorocket.com) and benefit from a downward movement by using a max leverage of 1:100 for your favorite Cryptocurrency pairs with over 30 on offer including BTC/USD.

Review the performance of other Cryptocurrencies to give yourself an idea of how the market is behaving and where Crypto investors are putting their money.

Use a range of analysis to help form an overview of what is happening in the market. Draw on various types of media including social media, follow influencers in the Bitcoin world such as the Winklevoss twins. However, be wary when sourcing your information. John McAfee recently claimed that Bitcoin HAS to reach the million-dollar mark by the end of 2020. Recently he claimed this was a PR stunt – proving it is vital to collect your information from a range of sources. Bitcoin price today is at $8,745.56 a long way to go to a million in 11 months!

We have learned that Bitcoin is undoubtedly volatile and prices can and do take downturns. But it is not all doom and gloom. If you are holding onto Bitcoin, don’t stress too much about a negative price movement, instead, harness that energy and trade short to protect your investment!

Bill Gates once said that if he could find an easy way to short Bitcoin, he would do. This was highlighted by one of the Winklevoss twins on Twitter. Guess what, Bill? You can short Bitcoin at CryptoRocket (www.cryptorocket.com). What’s more, they will be there for you 24/7 to assist you with all your account set up to get you started on your shorting adventure! 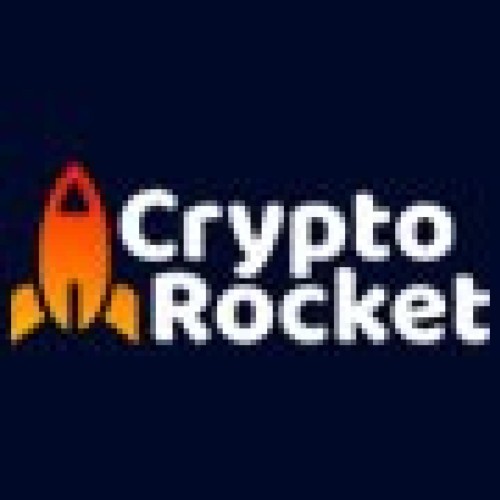