China’s GDP contracted -6.8% quarter over year in Q1. That’s the worst performance since at least 1992 as the country was brought to paralysis coronavirus outbreak. The contraction was also slightly larger than expectation of -6.0%.

There was no negative reactions from the markets, despite the poor GDP data. Some traders are indeed seeing the improvement in March data, in particular production, as sign of silver linings. Hong Kong HSI gapped up earlier today and remains firm, up more than 2% at the time of writing. 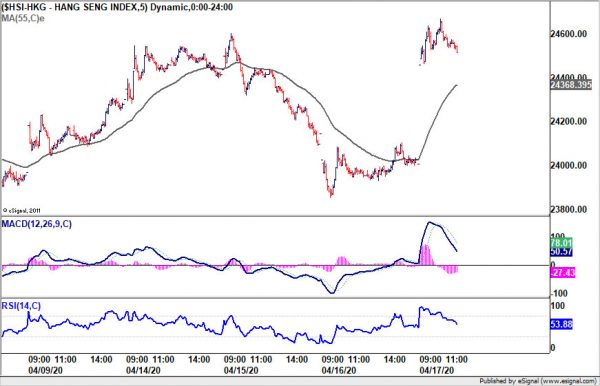 USD/CNH is also staying in tight range today. The pair recovered after drawing support from 55 day EMA. Rise from 6.8452 is still mildly in favor to extend to retest 7.1953 high. 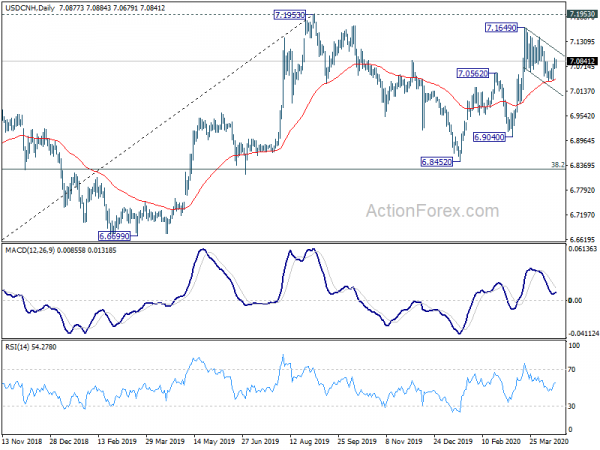