UK PMI Services was finalized at 49.9 in December, up from November’s 48.8. S&P Global said fractional fall in activity was recorded at the end of 2022. Inflation rates were down but still high. Employment was unchanged, ending long period of jobs growth. PMI Composite was finalized at 49.0, up from prior month’s 48.2.

“Around 40% of the survey panel expect a rise in business activity over the next 12 months, while 16% forecast a decline. Survey respondents commented on squeezed disposable incomes, elevated recession risks and a housing market downturn as key factors likely to constrain demand in the year ahead.

“Although service providers widely noted concerns about global economic headwinds and stubbornly high inflation, there were also many reports citing positivity about factors within their control, including forthcoming product launches, expansion into new markets and planned business investment.” 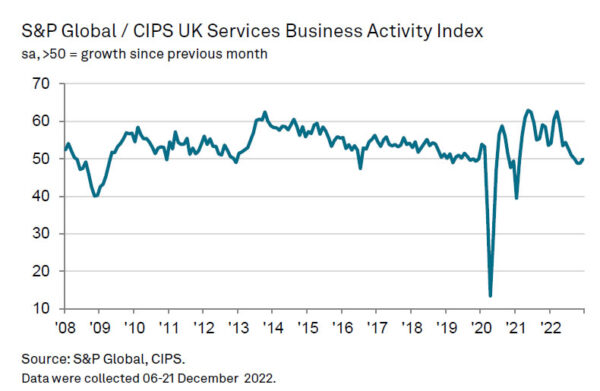 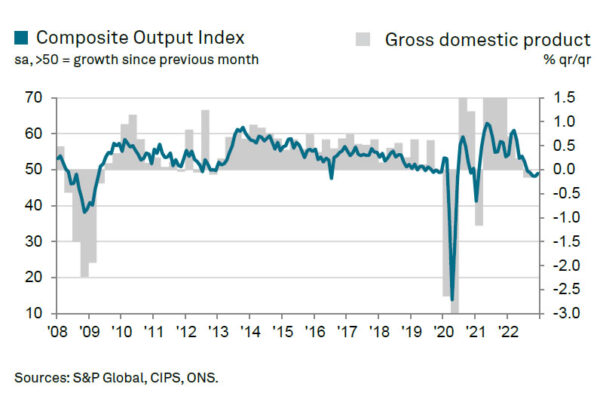