No change in USD/CHF’s outlook as it continued to trading sideway in range last week. Initial bias remains neutral this week first. On the downside, break of 0.9098 will target 0.9017 support first. Further break there will likely resume the decline from 0.9471 through 0.8925 low. On the upside, break of 0.9241 resistance should resume the rise from 0.8925 through 0.927. 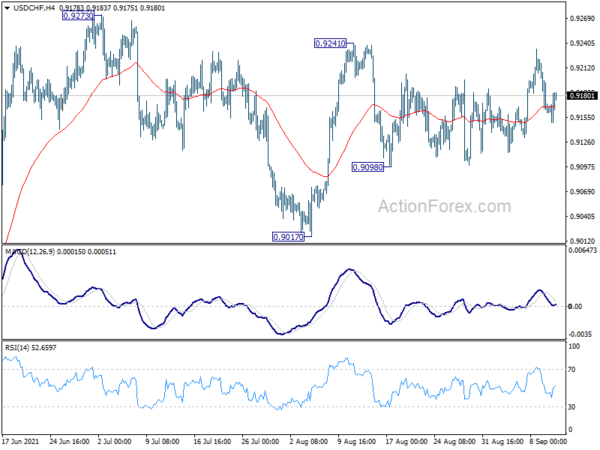 In the bigger picture, USD/CHF is still struggling around 55 week EMA (now at 0.9176) and outlook is mixed for now. Confirmed rejection by the 55 week EMA will retain medium term bearishness. That is, larger fall from 1.0342 would resume through 0.8756 low at a later stage. However, sustained trading above 55 week EMA will tilt favor to the case of bullish reversal. Focus would then be turned to 0.9471 resistance for confirmation. 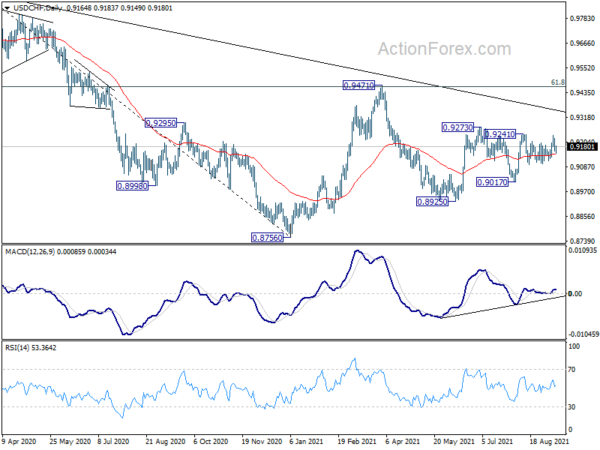 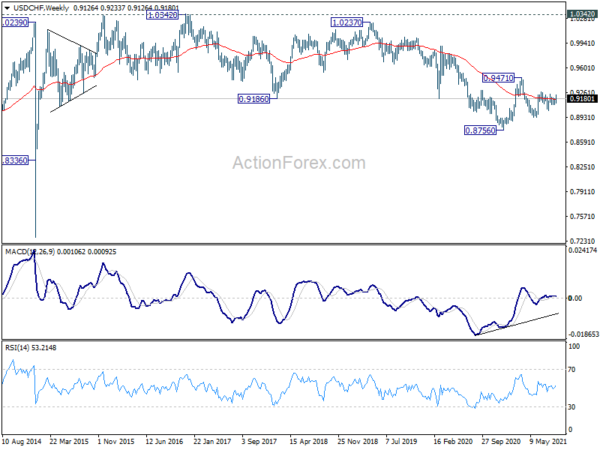 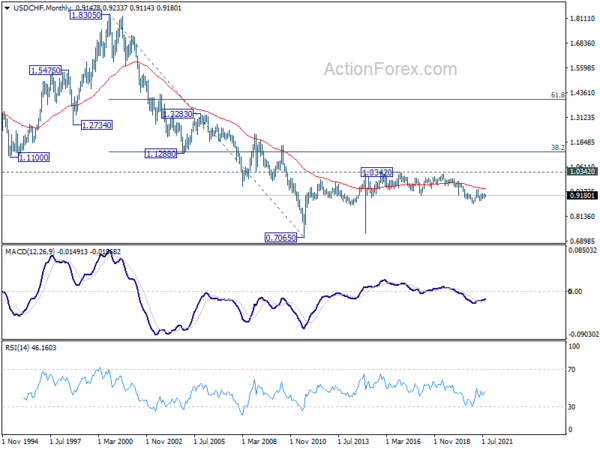