Economic data and improving sentiments are the main drivers in the markets. Australian Dollar and New Zealand Dollar are so far the strongest ones today as European stocks rally. At this time of writing, FTSE is up 1.33%, DAX up 0.42% and CAC is up 0.97%. US futures also point to higher open. However, as the rebound in stocks is … just a rebound. Major global indices are still on track to close the week lower. Aussie and Kiwi are the second and third weakest ones for the week too. We won’t call that a “risk-on” market. Investors are squaring their positions, taking profits, ahead of the weekend. In particular, there are reports on White House split over the hardline response to trade war with China. Based on the erratic nature of Trump and his administration, we’ll neve know if there will be some surprises before next week.

Meanwhile, Canadian dollar suffers steep selling today after weaker than expected retail sales and CPI data. It’s also trading as the weakest one for the week. There are reports that OPEC is reaching an agreement in principle to raise output by 600k barrels a day, much lower than the worst case of 1-1.5m barrels a day. That could give oil prices a lift, but may not help the Loonie too much. Euro rises broadly today, except versus Aussie and Kiwi. PMIs show strong rebound in services which offset the slowdown in manufacturing.

Yen is trading broadly lower today, but it will still likely end the week as two of the strongest, along with Swiss Franc. Sterling, despite the BoE boost, is still down against Dollar, Euro, Yen and Swiss for the week.

Markit Chief Business Economist Chris Williamson noted in the release that “an improved service sector performance helped offset an increasing drag from the manufacturing sector in June, lifting Eurozone growth off the 18- month low seen in May. With growth kicking higher in June, the surveys are commensurate with GDP rising 0.5% in the second quarter.” In addition, “price pressures are also on the rise again, running close to seven-year highs. Increased oil and raw material prices are driving up costs, but wages are also lifting higher, in part reflecting tighter labour markets in some parts of the region.”

Released from Japan, all items CPI rose to 0.7% yoy in May, up from 0.6% yoy. Core CPI, less fresh food, was unchanged at 0.7% yoy. Core core CPI, less fresh food and energy even slowed to 0.3% yoy, down from 0.4% yoy. The data highlighted BoJ’s inability to lift inflation and inflation expectation even with the ultra-loose monetary policy. And the central bank is still a long way from stimulus exit.

PMI manufacturing rose to 53.1 in June, up from 52.8, beat expectation of 52.6. Joe Hayes, Economist at IHS Markit note in the release that “the final PMI reading of the second quarter revealed a quickened pace of growth across the Japanese manufacturing economy. “The sector has sustained a relatively solid upward trend across 2018,” and “there appears to be further legs in the manufacturing growth cycle.” 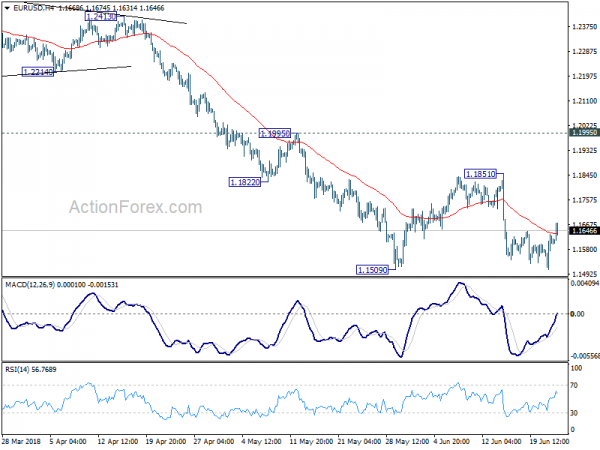 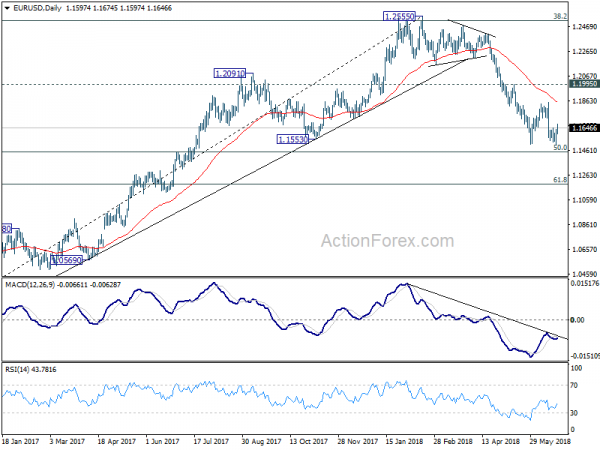