Trade war escalations continue to be ignored by the markets in general. Dollar and Yen are staying as the weakest ones today. In particular, Yen is pressured additionally by sharp rally in US treasury yields over night. BoJ’s announcement to stand pat on monetary policy triggered little reactions to the Japanese currency too. On the other hand, Australian Dollar is leading New Zealand and Canadian Dollar higher. Euro firmed up slightly against Dollar and Yen but lacks conviction.

Technically, EUR/USD still fails to break through 1.1733 resistance so far. Recovery is seen in USD/CHF while GBP/USD lost momentum after hitting 1.3165 projection level. There is prospect a pull back in European majors today. On the other hand, AUD/USD broke 0.7228 minor resistance while USD/CAD broke 1.2975 minor support. This suggests that commodity currencies are picking up more strength.

BoJ left monetary policies unchanged as widely expected. Short term policy interest was held at -0.10%. BoJ will also continue with JGB purchase to keep 10 year yield at around 0%, but allow it to “move upward and downward to some extent”. Annual pace of monetary base expansion is kept at JPY 80T. The decision was made by 7-2 vote. Harada opposed again on allowing yield to move in a range as that’s “too ambiguous” as guideline. Kataoka continued his push to “strengthen monetary easing”.

The central bank expected the economy to “continue its moderate expansion”. Domestic demand is likely to “follow an uptrend”. Exports are expected to continue the “moderate increasing trend”. CPI is “likely to increase gradually toward 2 percent, mainly on the back of the output gap remaining positive and medium- to long-term inflation expectations rising”

Risks to outlook include US macroeconomic policies, consequences of protectionist moves, developments in emerging and commodity-exporting economies, Brexit and geopolitical risks.

China announced retaliation, 5-10% tariffs on $60B US imports effective Sep 24

China formally announced its retaliation tariffs yesterday, in quick response to the tariffs on USD 200B in Chinese imports announced by USTR earlier in the week. In short, the tariffs will be effective at 12:01 local time on September 24. Total amount of American good involved values at USD 60B, Tariff rates are at 5% and 10%, much lower than prior proposed 5-25%.

A front page article in China’s official People’s Daily newspaper said that the country is not afraid of “extreme measures” of the US regarding trade war. The article urged that “to deal with the trade war, what China really should do is to focus on doing its own thing well.” It also said China should use the situation “as an opportunity to replace imports, promote localization or develop export-oriented advanced manufacturing.”

Another official news paper China Daily also said “the trade conflict will not force China to succumb to US pressure. Instead, given its economic resilience, it will squarely face those challenges, find the right solutions, and emerge stronger.”

UK Prime Minister Theresa May wrote in Die Welt newspaper that the agreement on an orderly Brexit is close be concluded. She said, “we are near to achieving the orderly withdrawal that is the essential basis for building a close future partnership.”

However, May also urged that “To come to a successful conclusion, just as the UK has evolved its position, the EU will need to do the same. Neither side can demand the unacceptable of the other, such as an external customs border between different parts of the United Kingdom.”

EU chief Brexit negotiator Michel Barnier also said yesterday that they “ready to improve” the Irish border backstop proposal. He added that “we are clarifying which goods arriving in Northern Ireland from the rest of the U.K. would need to be checked, where, when and by whom these checks would be performed.”

BoE Gertjan Vlieghe said in an interview with the Newcastle Journal that wage growth is “still happening quite slowly”. And he pointed to 2% wage growth for “a couple of years” and its now “at about 2.5% or 3%” only.

He noted “the general idea is an old one that is still valued”. That is, “at some point the unemployment rate is low enough that it gets increasingly difficult for employers to find workers or keep the ones they have.” He pointed to unemployment rate at 43-year low, “reports of skills shortages” and “job turnover” at a cyclical high. And that ” creates pay pressures as their companies try to attract employees and stop their own from leaving”.

But such development “has happened later in the process” and “it is only in 2017 we have been starting to see that.” He added one of the reasons was that employers did not reduce compensations during the financial crisis. Additionally, many people are classed as under-employment, showing that they’re only working part-time. Employment had turn to other method to compete for talent rather than just high pay.

European Commission released their comprehensive approach for the modernisation of the World Trade Organisation yesterday .

In presenting the ideas, Commissioner for Trade Cecilia Malmström said: “The multilateral trading system has for the past decades provided a stable, predictable and effective framework for companies across the world, helping many economies to grow rapidly. Also today, the WTO is indispensable in ensuring open, fair and rules-based trade. But despite its success, the World Trade Organisation has not been able to adapt sufficiently to the rapidly changing global economy. The world has changed, the WTO has not. It’s high time to act to make the system able to address challenges of the today’s global economy and work for everyone again. And the EU must take a lead role in that.”

The ideas in the proposal are related to three key ares:

EU also noted that the US and Japan are engaged in the framework of trilateral discussions. A dedicated workgroup was set up during the latest EU-China summit. And EU pledged to discuss the ideas with other WTO partners in the coming weeks.

Here is the press release. And a 17-page document detailing the proposals.

Later in the day, US current account, housing starts and building permits will also be featured. 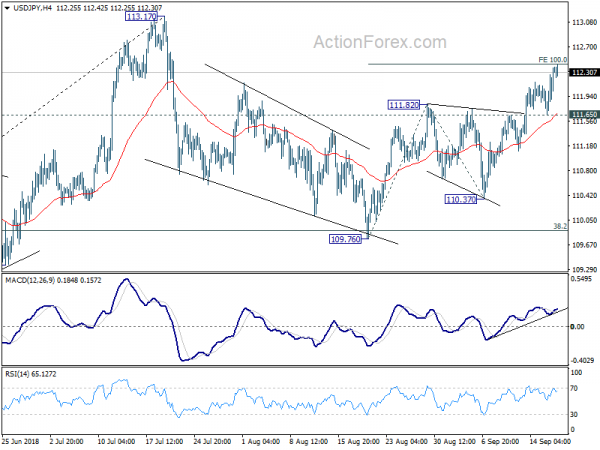 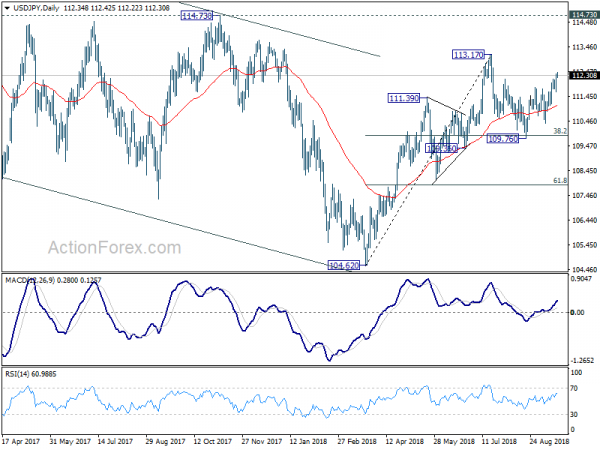