Dollar’s selloff accelerates entering into US session today and drags down the Japanese Yen too. Strong employment data may halt the greenback’s decline temporary. But it’s definitely not enough to trigger a reversal. EUR/USD and GBP/USD are in proximity to key fibonacci level at 1.1779 and 1.3316 respectively. These two levels will be closely watched and firm break would trigger even deeper pull back in Dollar in short to medium term.

Sterling is trading as the strongest one for today as held by upside surprise in retail sales. It’s a solid report with growth seen in all four retail sectors. Comments from EU officials in Austria also suggest that while the Irish border issue remains unresolved, all sides are working towards a solution, rather than away from it.

New Zealand Dollar continues to ride on the stronger than expected Q2 GDP data released earlier today. Euro is trading as the third strongest for the moment. Australian and Canada Dollar lag behind.

There is no clear reason for the free fall in Dollar. But given then all European majors are broadly firm, we’d believe that the trigger lies in Europe. And most likely, it’s the strong rally in German 10 year bund yield, which breaks 0.5 level. German 10 year bund yield dived through key support level at around 0.5% earlier this year on Italian political turmoil. It then struggled to reclaim this level as Italy debt worries continue while Turkish Lira crisis emerged. A break of 0.5, and staying above means Eurozone is finally back out of this near term crisis mode.

Philly Fed business outlook diffusion index for current general activity rose 11 pts to 22.9 in August. , above expectation of 16.3. Six-month indicator dropped to 36.3, down from 38.8.

SNB expected to stand pat through 2020 after lowering inflation forecasts

SNB lowered inflation forecast in 2019 by 0.1% to 0.8% today. For 2020, inflation is projected to be at 1.2%, sharply lower than prior forecast of 1.6%. Some economists take that signals that SNB will wait a long time to change its monetary policy. And the first rate hike could be postponed towards 2020. That is, SNB could wait some more time after ECB starting to raise interest rates beyond summer 2019.

SNB Chairman Thomas Jordan told reports that “the franc has appreciated, which has also led to a tightening of monetary conditions.” And, “that is also the main reason why our monetary policy must remain expansive.”

As the informal EU summit in Austria continues today, there are more comments regarding the Brexit deal that UK Prime Minister Theresa May is selling. There are still notable different in the issue of Irish border. EU chief negotiator Michel Barnier will brief the leaders of the 27 nations today and a unified position should be reached afterwards. For now, comments from EU officials suggested that they’re working towards deal, rather than away from it.

Irish Prime Minister Leo Varadkar met with May this morning. He said afterwards that “Ireland is a country that obviously wants to avoid a no deal scenario, we want to avoid a no deal Brexit, (but) we are preparing for that. Also, “we need to double our efforts over the next couple of weeks to make sure that we have a deal.”

French President Emmanuel Macron said “we have very clear principles regarding the integrity of the single market and regarding precisely the Irish border. It was precise in March and it was endorsed by the 27 members. So, we have to find collectively and we need a UK proposal precisely preserving this backstop in the framework of a withdrawal agreement.”

Belgian Prime Minister Charles Michel said “it is necessary to make all the steps because the proposals are not enough in order to have an agreement.”

Luxembourg Prime Minister Xavier Bettel said “I fully believe that we will be able to find an agreement” and “It’s a compromise from both sides, it’s not on one side.”

Austrian Chancellor Sebastian Kurz said “both sides are aware that they will only reach a solution if they move towards each other.”=

Japanese Prime Minister Shinzo Abe was re-elected as the leader of the ruling Liberal Democratic Party. That was a landslide victory as Abe won 553 votes out of 807. He is now set to become the longer serving PM in Japan. Abe said in a victory speech that “it’s time to tackle a constitutional revision,” and “let’s work together to make a new Japan.”

On the political side, Abe would seek to amend the constitution to confirm the legality of the country’s self-defence forces. The current article 9 of the constitution was written by the US after the second world war, forbidding Japan to use forces to settle international disputes. But under regional pressure, Abe would likely retain passages that forbid Japan from war of aggression. But one way or the other, such change would be a huge test in relationship with its neighbor South Korea and China.

On the economic front, Abe would continue with the three arrows of his Abenomics, ultra loose monetary policy, fiscal spending and structural reform. The next for Abe is social security reforms including raising retirement age above 65 and defer pension payouts beyond 70. The planned sales tax high from 8% to 10% will be carried out in October 2019.

On monetary policy Abe hailed that “the biggest goal of our macroeconomic policy has been fulfilled as a result of measures taken by the government and the BOJ to achieve 2 percent inflation”.

Looking at more details, the 1.0% quarterly rise in services was the main contributor. Goods-producing industries were up 0.9%. Primary industries grew 0.2%, with strong growth in agriculture, forestry, and fishing offset by a significant fall in mining.

Following up on Chinese Premier Li Keqiang’s pledge to further reduce tariffs on Wednesday, it’s reported that China is planning to cut average tariff rates on goods from the majority of its trading partners as soon as next month. Around 1500 consumer products lines could be included in the list. It is a follow up move to a similar tariff cut back in July on a number of consumer goods. So far, there is no official comments from the Ministry of Finance regarding the topic.

The act is seen as a tactic in the trade war with US that achieve multiple purposes. Firstly, domestic consumptions can be boosted. Secondly, it can should to the world that China is working on opening its markets and it’s consistent with its own claim of advocating free trade. Thirdly, it’s unsure how the cut in tariffs affect US goods as the so-called most favored nation rate also applies. But the act will certainly give extra incentive for Chinese consumers to buy more non-US products. 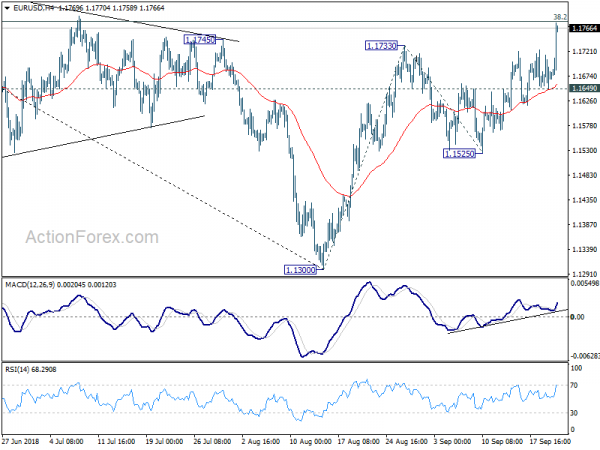 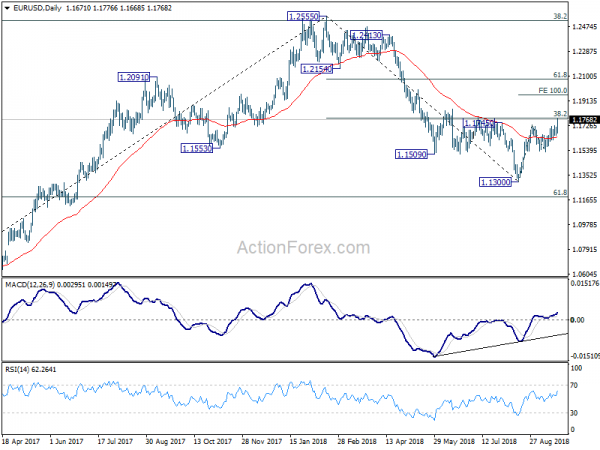