Risk aversion continues in Asian market but there is no disastrous development. Chinese stocks are back from holiday, down -3%. That’s just playing catch up to last week’s broad based decline in other Asian markets. China’s RRR cut on Sunday stabilized sentiments somewhat, without giving it any lift though. At the time of writing, Hong Kong HSI is down -0.85%, Singapore Strait Times is down -0.58%. Japanese Nikkei is on holiday.

The forex markets are rather quiet. Australian and New Zealand Dollar trade mildly higher, paring last week’s losses. Swiss Franc and Dollar and firm up slightly. Canadian Dollar, on the other hand, suffers fresh selling and is trading as the weakest one so far. As US and Canada markets will be on holiday today, activity could remain subdued.

Technically, one development to note is EUR/AUD’s retreat today which might hint on rejection by 1.6353 key near term resistance. A pull back in EUR/AUD could either be accompanied by renewed selling in EUR/USD through 1.1463 temporary low, or lift AUD/USD for recovery, or both.

China’s central bank PBoC announced on Sunday to cut the reserve requirement ratio (RRR) for some lenders by 1%, effective October 15. According to the bank’s statement, this will release a total of CNY 1.2T. Of which, CNY 0.45T will be used to repay existing medium-term funding (MLF) facilities which will mature on the same date. The cut will apply to large commercial banks, joint-stock commercial banks, city commercial banks, non-county rural commercial banks and foreign banks.

PBoC said that objective of the RRR cut is to “optimize the liquidity structure and enhance the financial ability of financial services.” Release of CNY 750B of funds can “increase the financial institutions’ support for small and micro enterprises, private enterprises and innovative enterprises, promote the vitality and resilience of economic innovation, enhance the growth of endogenous economic growth, and promote the healthy development of the real economy.”

PBoC also maintained that despite the RRR cut, monetary policy is “stable and neutral” and the “orientation has not changed”. It added that the cut added liquidity but monetary policy is “not relaxed while market interest rate is stable. PBoC does not expect “depreciation pressure” on the Chines Yuan after the move.

China Caixin PMI services rose to 53.1 in September, up from 51.5 and beat expectation of 51.5. Caixin PMI composite rose 0.1 to 52.1, showing that overall business activity expanded modestly at the end of Q3. Still, the rate of activity growth remains lackluster compares to earlier in 2018.

Dr. Zhengsheng Zhong, Director of Macroeconomic Analysis at CEBM Group said in the release that the PMI composite indicated “stable” performance for the month. However, “demand remained subdued as the growth rate for new orders, although marginally higher than the previous month, lingered at a low level.” Also, “the deterioration in employment will test policymakers’ determination in pressing ahead with reforms.” The employment sub-index hit the lowest level since August 2016.

Japan Prime Minister Shinzo Abe said in a Financial Times interview that he would welcome UK to join the Trans-Pacific Partnership “with open arms”. Abe’s words could be used by Brexiteers to reaffirm their stance that there are more opportunities outside of the EU. On the other hand, it’s also a clear signal that Japan is sticking with the trade pact despite US withdrawal under Trump. And the preserving the TPP could be at a very high priority during the trade negotiation with the US.

On Brexit, Abe urged “that both sides can contribute their wisdom and at least avoid a so-called disorderly Brexit.” Also, he hoped that “the negative impact of Brexit to the global economy, including Japanese businesses, will be minimized.”

Irish Foreign Minister Simon Coveney the Brexit withdrawal treaty is “already about 90% agreed in terms of text”. And, “the issues that haven’t been signed off on yet relate predominantly to Ireland and what’s needed now is the two negotiating teams to lock themselves in a room for the next 10 days.”

European Commission President Jean-Claude Juncker said earlier in the weekend that “the rapprochement potential between both sides has increased in recent days”. He added, it’s unsure whether the work will be finished in October, but “If not, we’ll do it in November.” And he emphasized EU’s “will is unbroken to reach agreement”

European Council President Donald Tusk also said “We will try for it in October… and I think there is a chance to have an accord by the end of the year.”

Looking ahead, the economic calendar is relatively light this week. US CPI and PPI inflation will be a major focus, along side UK production. ECB meeting accounts will be read carefully too but shouldn’t reveal anything different from ECB’s forward guidance. That is, interest rates will remain at present levels at least through summer of 2019. China trade balance will also be another point of interest, for revealing how the tariffs affect trade with the US. 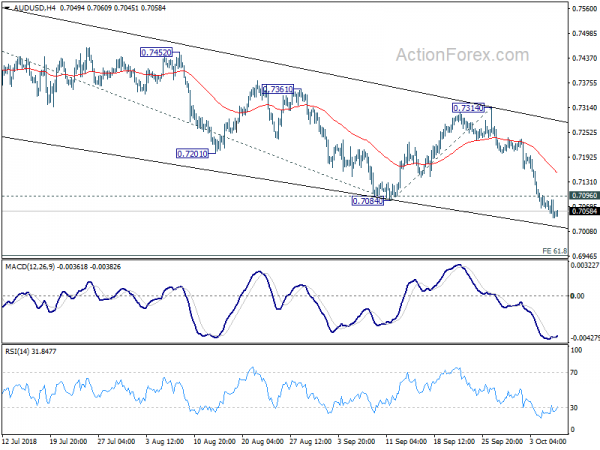 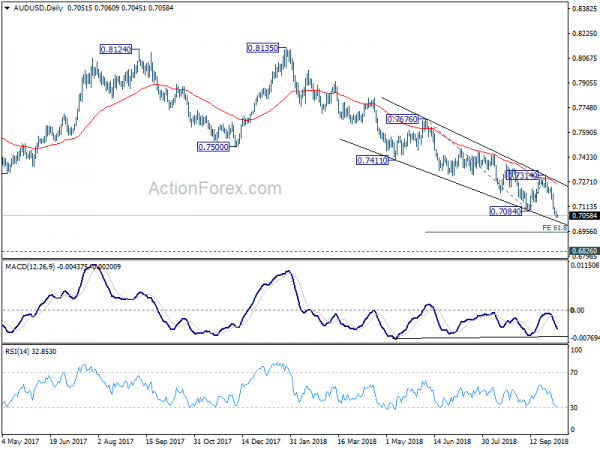